That was a quite superb counter-attack from Jonny Bairstow and Jamie Overton. From 91 for six, with England almost dead and buried, they took the game to New Zealand in thrilling fashion and, at 264 for six, have brought their side back into this Test.

It was an excellent example of the kind of thing Brendon McCullum and Ben Stokes want from this Test team. It’s not all about blazing away when the odds are against you. It’s about working out when is the right time to attack.

Bairstow and Overton, who showed real nous on his Test debut, timed it to perfection.

From 91-6, Jonny Bairstow and Jamie Overton took the game to New Zealand in thrilling style

And it may be the kind of performance the top order can learn from, because you have to get that balance right. Too reckless, and you risk collapsing in a heap. Too timid, and the bowlers are all over you. You have to work out a way to put them under pressure. Bairstow and Overton did that so well.

Of course, the top-order collapse came against outstanding swing bowling from Trent Boult. From the first ball, his rhythm was excellent, his lengths were good, and his pace was high enough.

Crucially, he unpicked England’s top three with late swing – not swing from the hand that allows the batters a chance to line the ball it, but swing about three-quarters of the way down, just when you’re deciding what shot to play.

I don’t think Alex Lees could have done much about the ball that got him. You always talk about hitting the top of off stump – this was the original top-of-off delivery.

If anything, Lees should maybe look at the ball that almost cost him his wicket earlier – a flash that was put down by Daryl Mitchell at first slip. 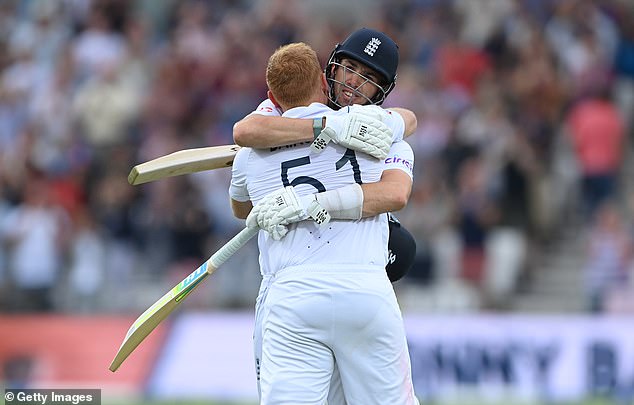 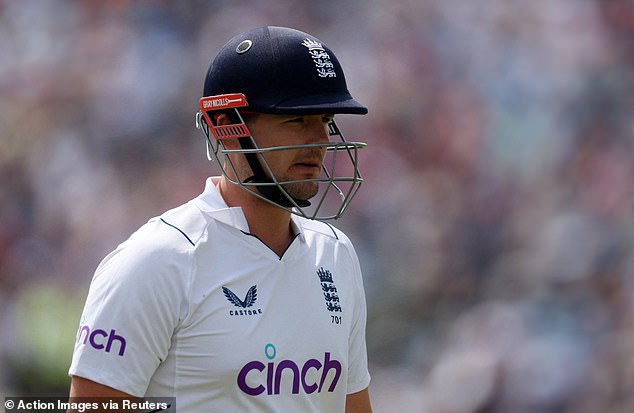 Lees deserves credit for the way he opened up his game at Trent Bridge. But if the ball’s swinging, a shot like that – neither cut nor back-foot punch – brings the cordon into play.

Ollie Pope and Zak Crawley suffered similar dismissals. If big drives against Boult’s inswing look like high-risk shots, that’s because they are. Geoffrey Boycott, a legend in these parts, always used to say that if the ball’s swinging, you try to see it early and play it late.

Of course, Boult also has that delivery that goes across the right-hander, so both batters would have been wary of that, and got across their stumps to cover it. But you can get into trouble when the ball swings back in.

In Crawley’s case, he’s landing on his heel when he’s driving, which means he can’t bend his front leg into the shot. But when you’re out of nick, you start to throw your hands at the ball. Again, it’s getting the balance right. At one end of the spectrum, you’ve got Dom Sibley, Rory Burns and Haseeb Hameed looking simply to survive. At the other, you’re just teeing off. 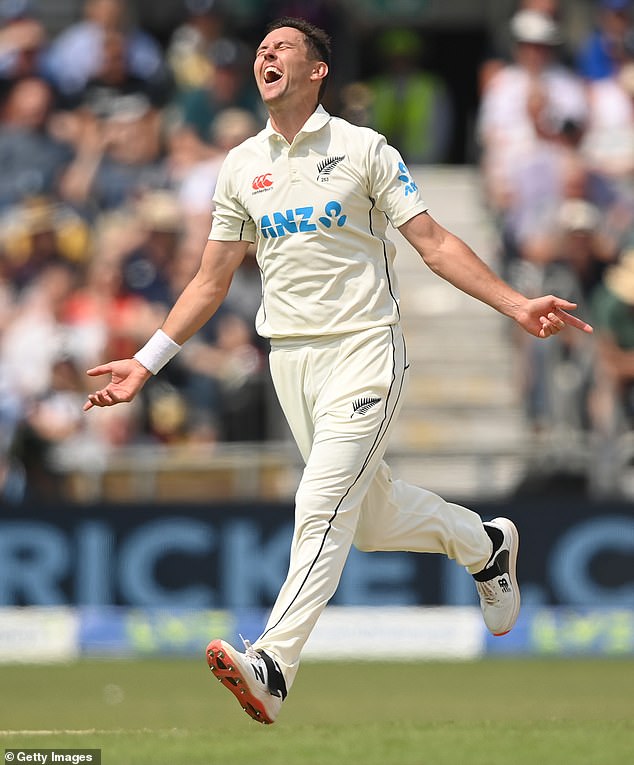 From the first ball, Trent Boult’s bowling rhythm was excellent and his pace was high enough

Joe Root fell victim to a top-class piece of bowling from Tim Southee, who went close to the stumps for a couple of deliveries, then jumped wide of the crease, as he does from time to time. That changed the angle, and persuaded Root he had to play at it. When the ball moved away late, Root was committed to the shot.

Which brings us to Ben Stokes. That shimmy down the pitch has become one of his shots, as he showed when he hit Southee for six. But perhaps he could have had a look at Neil Wagner before deciding to charge him.

Earlier, he’d played a lovely shot against Southee, who went a bit wider after Stokes charged him again. But Stokes held back a fraction and nailed it through the covers for four – his shot of the innings.

Against Wagner, though, he didn’t have that release shot – and the ball wasn’t there to hit. There was no plan B. 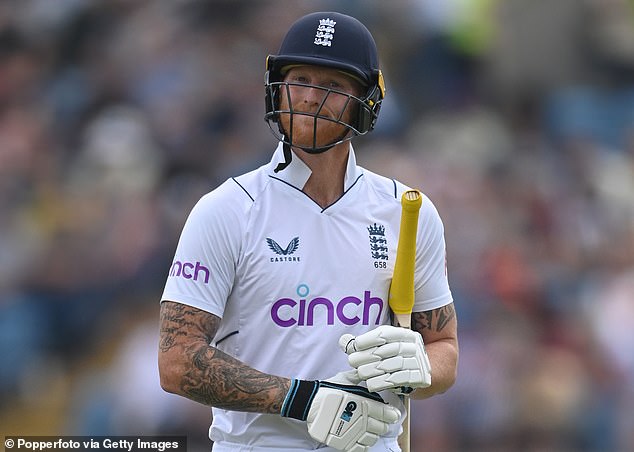 Stokes is one of England’s two best batters, with Root, and there aren’t many times he hasn’t got his tempo right in Test cricket. But I just hope he doesn’t try to overdo things in this new era, because he’s too good for that.

What the second day’s play confirmed for me was there’s no one way of batting in Test cricket – which is what differentiates the format from the white-ball versions of the game. When Bairstow went berserk at Trent Bridge, he’d given himself a platform before tea. You adapt to what’s in front of you.

We’re going to have to accept England may get it slightly wrong as they adapt. But one thing’s for certain, as Rob Key said, it’s going to be a lot of fun – and that, surely, is what it’s all about.