She’s the former Maxim cover-girl who’s been immersed in the race-day culture lately.

And Natalie Roser was doing no different on Saturday, as she geared up for the prestigious Derby Day next week in Sydney.

The 27-year-old couldn’t contain her excitement as she uploaded a photo to Instagram, gushing about her desire to wear her Bardot dress to the race track next weekend.

‘Felt like a princess in my @bardot dress’: Natalie Roser couldn’t contain her excitement for next week’s Derby Day, sharing her sentiments with her Instagram followers on Saturday

‘Felt like a princess in my @bardot dress’ she captioned the Instagram photo. ‘Making me excited for Derby Day next week.’

Natalie was photographed in front of a breathtaking floral wall, complete with yellow blooms that provided a perfect colourful backdrop for a snap.

Her dress showed off her cleavage as a low-cut, spaghetti string number imprinted with a symmetrical black and white pattern, that intertwined as it extended up and down the tight-fitted number. 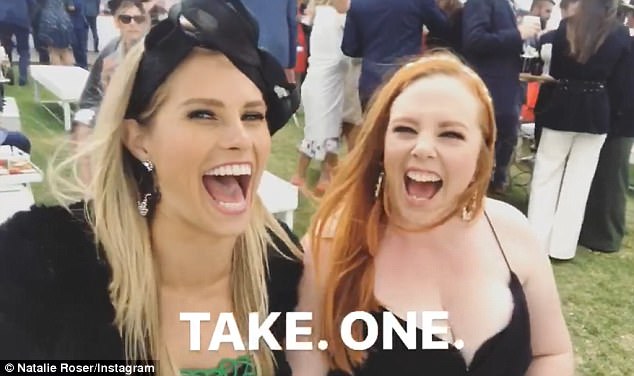 ‘Making me excited for Derby Day next week’: Natalie has immersed herself in Australia’s racing culture recently

The frock hugged her slim physique as she tilted her head to the side and extended her arms outwards, offering a welcoming pose to her 885,000 followers.

Natalie’s slightly curly long blonde locks fell effortlessly over the front of her shoulder blades, and she matched her outfit with a subtle black and white headpiece that sat firmly on her head. 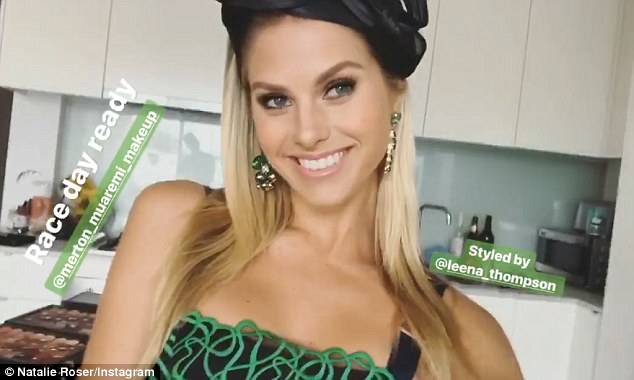 What’s next? While Natalie may already have her frock sorted for next weekend, it was her outfit at last week’s Caulfield Cup in Melbourne which turned heads

And while Natalie may already have her outfit sorted for the big day, it was her last frock when she appeared at the Caulfield Cup in Melbourne last weekend that turned heads and garnered attention from many of the day’s punters.

The eccentric number was plain underneath, with a black canvas covered in a seaweed-like pattern that extended just over her bust.

Green squiggly lines extended down the middle of the dress forming a rectangular shape, which flat-lined into clashing ovals as it wrapped around her torso. 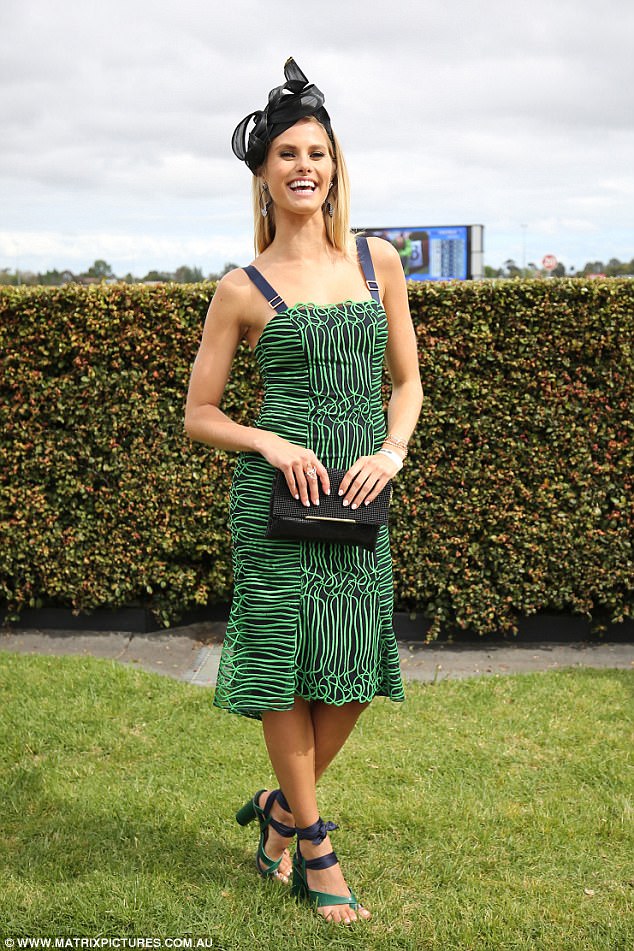 Stunning! The eccentric number was plain underneath, with a black canvas covered in a seaweed-like pattern that extended just over her bust