‘I’m not David Blaine’: Nathan Jones hits back at his critics after Southampton stun Manchester City in the Carabao Cup quarter-finals, with the Saints boss insisting his side are moving in the right direction

Southampton manager Nathan Jones has insisted his side are moving in the right direction following their shock 2-0 win over Manchester City in the Carabao Cup.

Jones took charge of Southampton at the start of November after the sacking of Ralph Hasenhuttl following a string of poor results.

The former Luton Town boss has led the Saints to consecutive victories in cup competitions after guiding them into the Carabao Cup semi-finals. 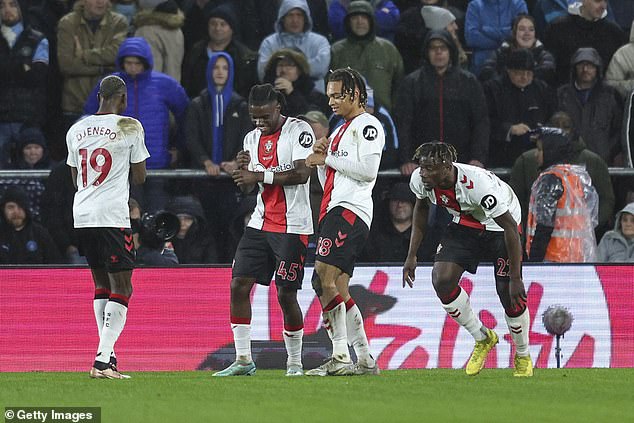 Jones claimed he needs more time to turn the club’s fortunes around in the Premier League, quipping that he is not the American magician David Blaine.

‘The performance levels have been there the last few games but we have given silly goals away and not given ourselves a real chance,’ Jones told Sky Sports. ‘It has been building and baring in mind I have only just been in the job.

‘We have only had three Premier League games, as we had one day to prepare for the Liverpool game.

‘I’m not David Blaine. I do understand the frustrations but Rome wasn’t built in a day, and neither was a great Southampton team. We are building and on the way’. 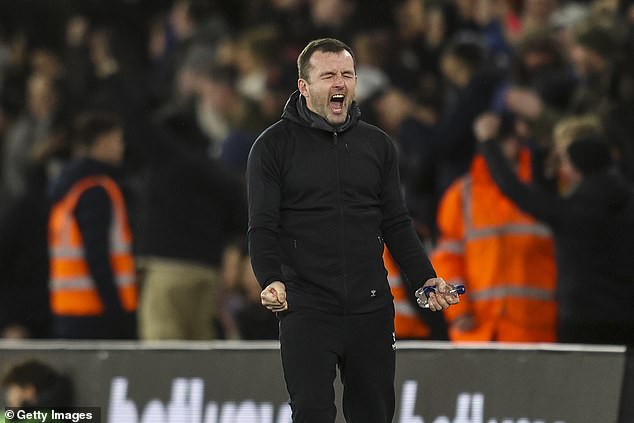 Jones’ start to life on the south coast has been challenging, following his appointment.

Southampton remain bottom of the Premier League after losing their first three matches after the World Cup break.

Fans had also expressed their discontent during Southampton’s FA Cup win over Crystal Palace, having been heard chanting ‘Nathan Jones, your football is s***’.

Jones believes Southampton’s back-to-back wins in the cup competitions can help build belief for the league campaign, with both triumphs coming against Premier League opposition.

‘Our cup ties have been against Premier League sides,’ Jones said. ‘And we have shown we can compete. We need to transfer that to the Premier League.

‘With the greatest respect the previous manager did a wonderful job but lately they have not won a hell of a lot of games. 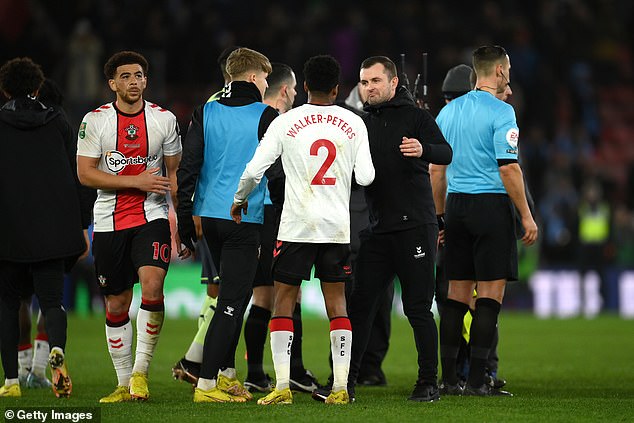 ‘You have to be really strong and driven. You have to be clear on how you want to play. And at times you have to take a bit of proverbial. I’ve had to do that.

‘I am looking forward to the challenge. I would like an element of realism elsewhere. If we get that, we can do something there.’

Southampton face a vital run of games with Jones’ side travelling to 18th placed Everton on Saturday in a crunch match at the bottom of the table.