Nazi bunker made out of wood, bullets discovered buried underground in Poland

A World War II-era bunker built by Nazi Germany made out of wood has been discovered buried underground in Lublin, Poland.

The discovery was made below the former Group of Clothing and Fabric Schools by construction workers working on new housing near 10 Spokojna Street, according to Polish News.

The near 80-year-old discovery contains a staircase with three underground corridors, concrete walls and ceilings encased by wooden beams.

In addition to the bunker, archaeologists found several mineral water bottles, borne from both Germany and the Czech Republic, as well as munition remnants from both the  Wehrmacht and Red Army weapons.

The bunker was discovered seven meters (23ft) below the former Group of Clothing and Fabric, while workers were excavating for an underground garage. 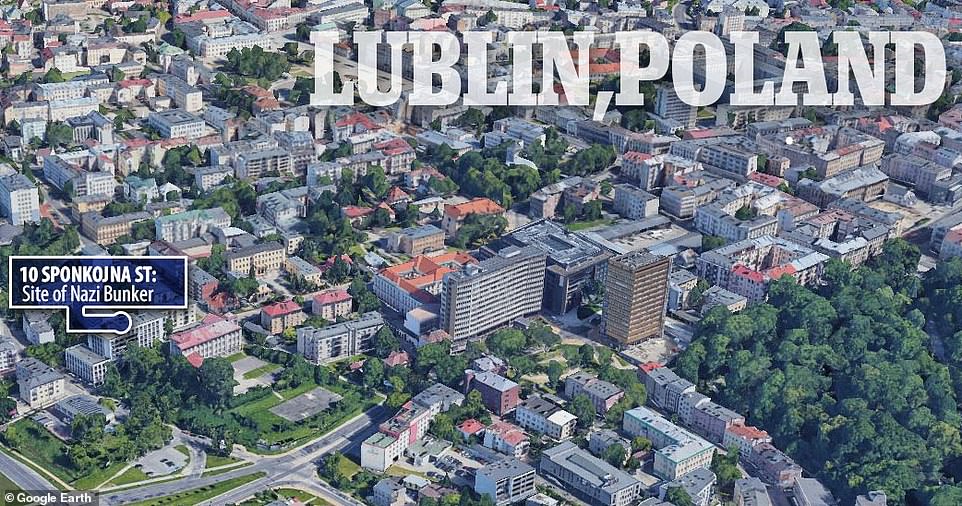 The bunker may have been the site of an intense battle between the Germans, during their occupation of the country, and the Soviet Red Army in 1944, experts believe.

Dariusz Kopciowski, the Lublin Conservator of Monument, said construction has to be stopped so experts can carefully examine the remains of the bunker.

‘We don’t yet know what else could be there. At the moment we have to check if there are not some unexploded bombs,’ Kopciowski said, according to TheFirstNews.

‘In the discovered bunker, we found ammunition which could suggest that battles were fought inside.’ 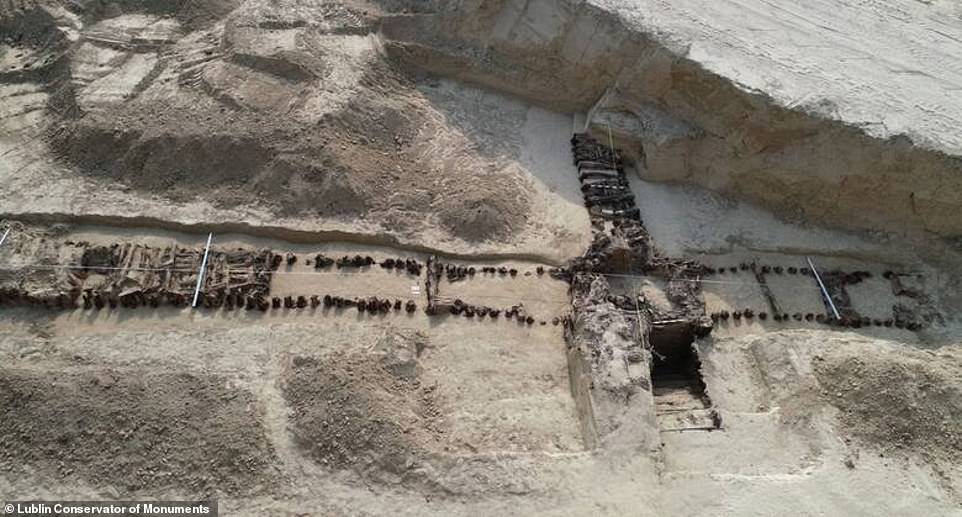 The tunnels were dug using the mining method, Dr. Kopciowski added, which bores the tunnels and is constructed in situ, without removing the ground above.

‘After agreeing the further method of studying and documenting such an unusual discovery with the conservator’s office, archaeologists have begun exploring the interior of one of the corridors,’ Dr. Kopciowski explained. 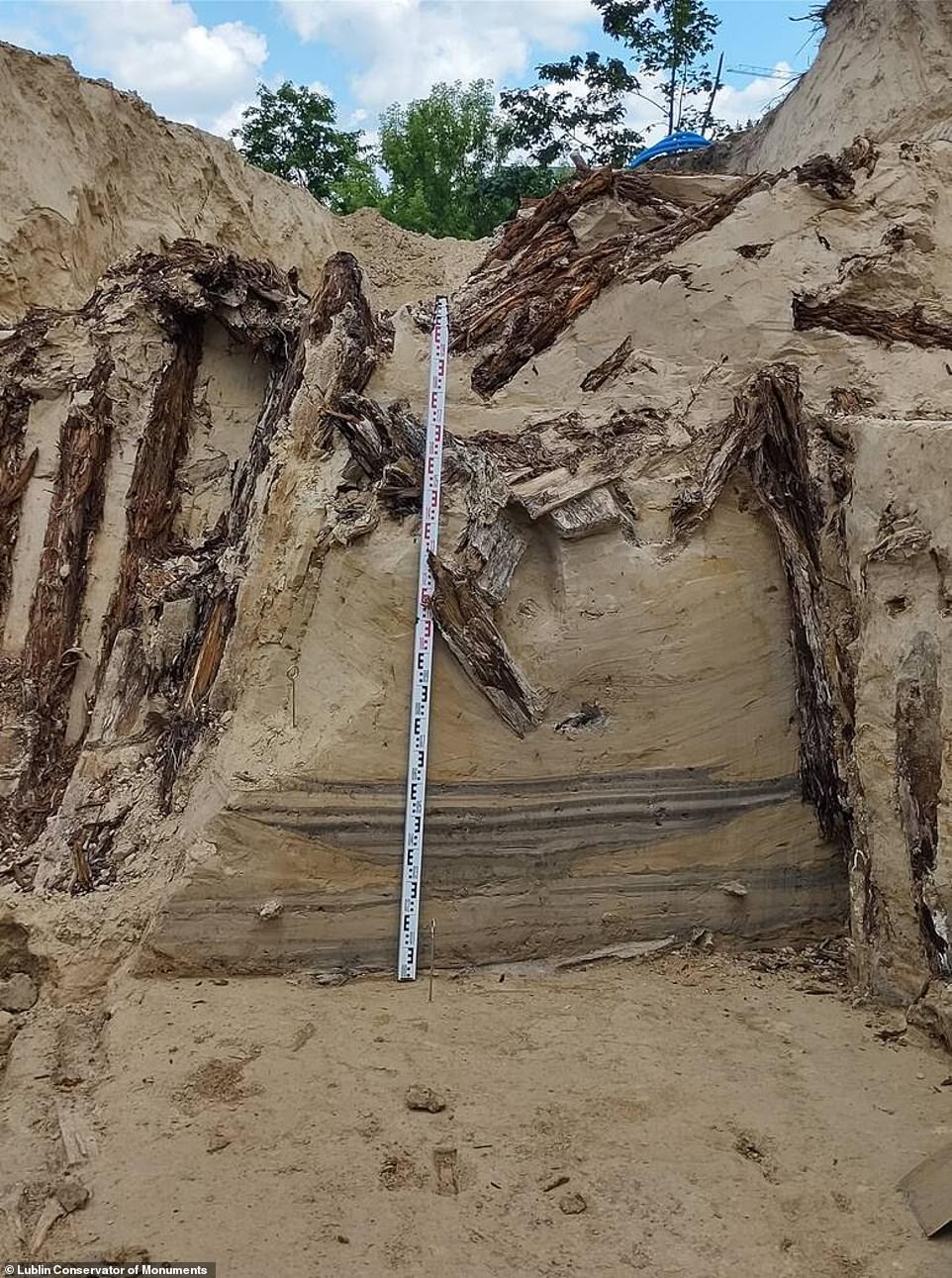 The discovery was made by construction workers working on a new garage in Lublin, Poland 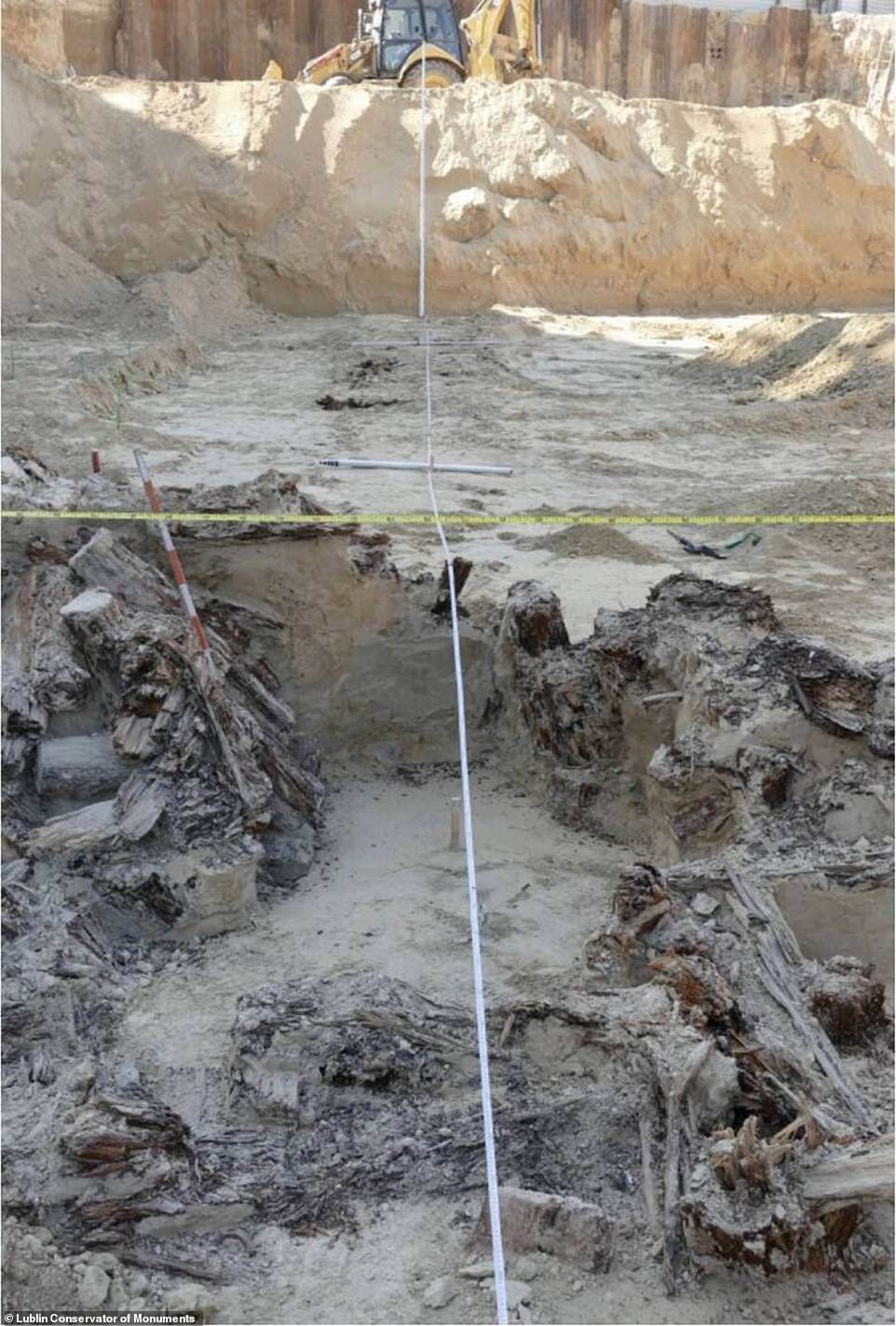 As a result of the discovery, construction has been postponed temporarily.

In April, two skeletons of Wehrmacht soldiers were also found in the area, along with buttons, helmet, parts of a uniform and a dog tag, Polish News added.

After Poland was invaded in 1939 by both the Germans and the Soviets, Lublin became part of the General Government territory, occupied by Nazi Germany, after the Germans moved the Soviet forces out as part of Operation Barbarossa.

The city was the headquarters for Operation Reinhardt, the main German effort to exterminate Jews in German-occupied Poland.

A significant portion of the Lublin Ghetto’s inmates, approximately 26,000 people, were deported to the Belzec extermination camp between March 17 and April 11, 1942, with the remainder being sent to the Majdanek concentration camp.

Two years later, on July 24, 1944, Lublin was retaken by the Soviet Army and became a temporary headquarters for the Polish Committee of National Liberation, which was created by former Soviet Union leader Joseph Stalin.