Kevin Durant had 29 points, 12 rebounds and 12 assists, becoming the first player since Michael Jordan to score at least 25 points in his team´s first 12 games, and the Brooklyn Nets routed the New York Knicks 112-85 on Wednesday night after making Jacque Vaughn their head coach.

Durant beat the Knicks for the 13th straight time, and he´s had triple-doubles in the last two. His rebounds and assists were both season highs, and his usual scoring extended a streak that is the longest since Jordan opened the 1988-89 season with 16 consecutive games of 25 points.

New York´s basketball rivalry remained no rivalry at all, with the Nets beating the Knicks for the eighth straight time. It matches their second-longest winning streak against the Knicks, three shy of an 11-game run from 1984-86.

Seth Curry added a season-high 23 points and Edmond Sumner, in his fourth straight start in place of the suspended Kyrie Irving, finished with a season-best 18.

The Nets decided to stick with Vaughn earlier in the day after showing signs of progress since he replaced Steve Nash following a 2-5 start.

They are 3-2 since and have held their last four opponents below 100 points, the first time Brooklyn has done that since an eight-game stretch in the 2014-15 season.

Julius Randle had 24 points and 11 rebounds for the Knicks, who trailed by as much as 35. 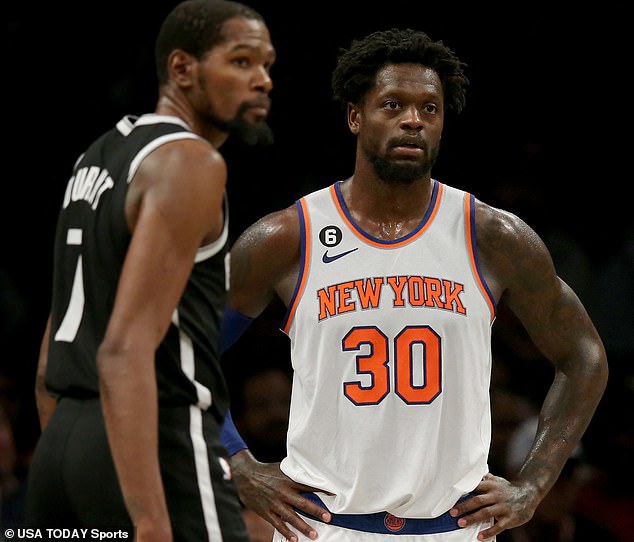 LeBron James scored 30 points before leaving the court gingerly with less than five minutes to play in the Los Angeles Lakers’ 114-101 loss to the Los Angeles Clippers on Wednesday night.

The Lakers said James felt soreness in his left leg that appeared to occur after he backed down Paul George to draw a foul in the paint. James had sat out Monday’s game at Utah to rest the persistent pain in his left foot, but he was having one of his best games of the season before his latest injury.

James, on pace to pass Kareem Abdul-Jabbar this season to become the NBA’s career scoring leader, hit four 3-pointers and added eight rebounds and five assists against the Clippers while finishing one shy of his season high in points. 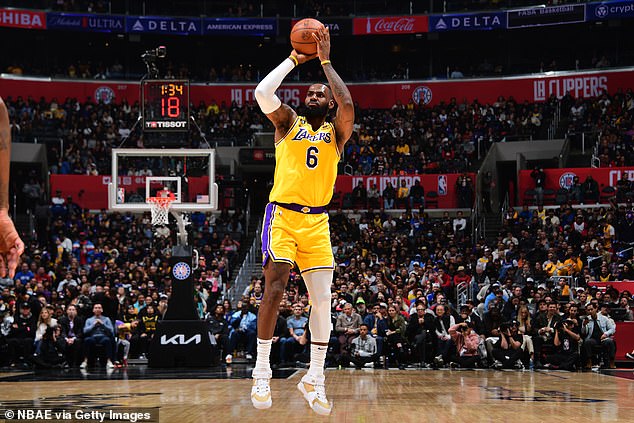 Meanwhile, LeBron James left the Lakers game due to an injury in their loss on Wednesday

George scored 29 points as the Clippers extended their recent domination of their arena roommates with their ninth consecutive victory over the Lakers. Norman Powell added 18 points for the Clippers, who had seven scorers in double figures during their fifth victory in the past six games without injured star Kawhi Leonard.

Anthony Davis had 21 points and nine rebounds for the Lakers, who dropped to 2-9 with their fourth consecutive defeat. Russell Westbrook added 14 points and nine assists, but the Lakers have the NBA’s second-worst record so far under new coach Darvin Ham.

John Wall scored 10 points in his return to the Clippers’ bench after sitting out the second game of a back-to-back Monday night. Wall is being cautious with his knee and his comeback after sitting out two of the past three seasons.

Leonard missed his 10th game already this season, including nine straight in his slow return from the knee injury that kept him out for the entire 2021-22 season.

Jevon Carter had career highs of 36 points and 12 assists, and the short-handed Milwaukee Bucks beat the Oklahoma City Thunder 136-132 in two overtimes on Wednesday night.

The Bucks were missing their top two scorers. Giannis Antetokounmpo sat out with a sore left knee and Jrue Holiday was out with a sprained right ankle. Carter filled the scoring void by making 15 of 27 field goals, including 5 of 10 3-pointers.

Brook Lopez added 24 points, 13 rebounds and five blocks for the Bucks, who were coming off their first loss of the season after winning their first nine games. 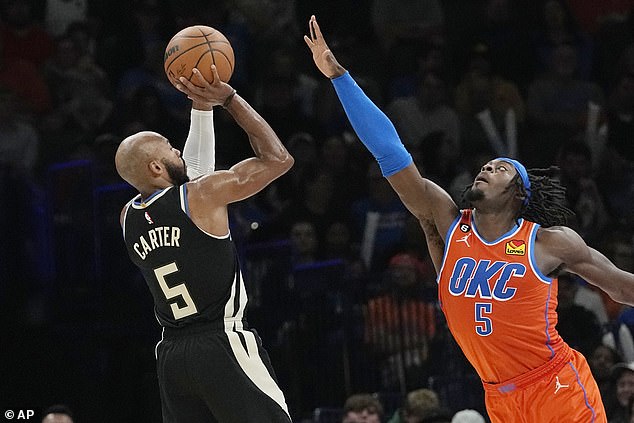 Ja Morant and Desmond Bane had 32 points each and the Memphis Grizzlies beat San Antonio 124-122 in overtime Wednesday night, handing the Spurs their fifth straight loss.

Memphis opened overtime on a 9-2 run, but San Antonio nearly stole the game in the final seconds. 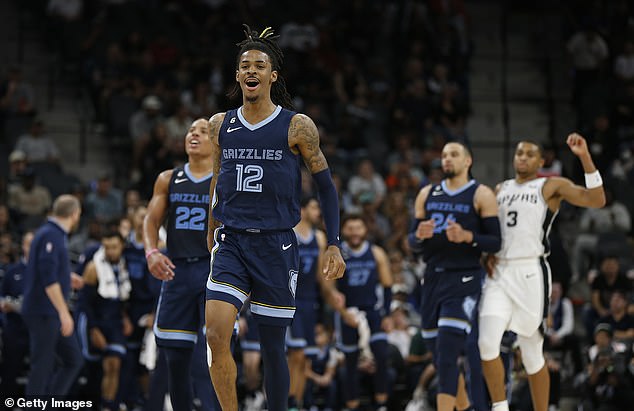 Ja Morant #12 of the Memphis Grizzlies reacts after hitting a shot against the San Antonio Spurs in OT at AT&T Center on November 09, 2022 in San Antonio, Texas

Jayson Tatum had 31 points and five assists as Boston beat Detroit for its fourth straight victory.

Jaylen Brown had 30 points and seven rebounds. Sam Hauser added a career-high 24 points off the bench for the Celtics, led by 24 in the fourth quarter.

Jaden Ivey had 19 points and 10 rebounds for the Pistons, who have lost four of five. Saddiq Bey added 18 points and Bojan Bogdanovic finished with 17.

Cade Cunningham was 1 of 11 from the field and finished with a season-low four points. It was the first time this season he´s failed to reach double figures. He was averaging a team-best 21.4 points per game.

Jordan Clarkson had 23 points, his fifth straight game with at least 20, to give the Western Conference-leading Jazz (10-3) their fourth straight win.

The Jazz made 17 3-pointers, including six by Malik Beasley, who had 18 points, and six by Markkanen.

Dejounte Murray scored 26 points and Trae Young added 22 for the Hawks, who took a 90-85 lead into the final period. Atlanta (7-4) had its three-game winning streak snapped. 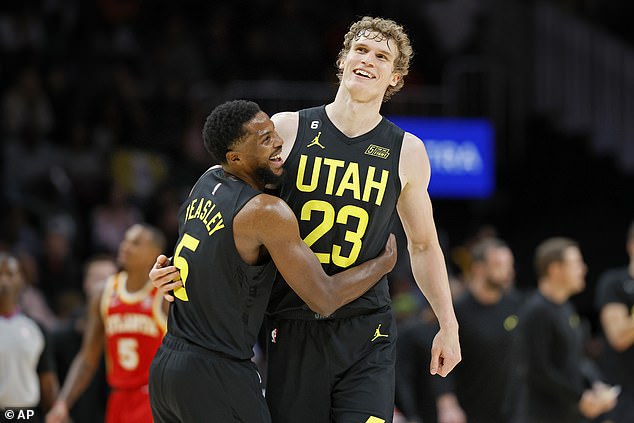 Nikola Jokic scored 24 points in 21 minutes to help Denver erase an 18-point deficit in the second half against Indiana.

Jokic was in foul trouble most of the night and sat from the 11:02 mark of the third quarter until early in the fourth with five fouls. But when the Nuggets needed him most, the two-time NBA MVP pulled them through.

Denver has won four straight and six of seven. Aaron Gordon had 18 points and tied a career best with 17 rebounds.

Indiana led most of the second half but struggled to stop Jokic and Denver´s 3-point shooters down the stretch. Myles Turner missed a 3 at the buzzer that would have forced overtime.

Bennedict Mathurin led the Pacers with 30 points, including 23 in the first half. Tyrese Haliburton had 21 points and 11 assists.

Fred VanVleet scored 12 of his season-high 32 points in the fourth quarter to lead Toronto past Houston.

O.G. Anunoby matched his season best with 27 points and added 10 rebounds for the Raptors. Otto Porter Jr. scored 14 points, Scottie Barnes had 13 and Gary Trent Jr. 11 as Toronto improved to 5-1 at home.

VanVleet made a season-high seven 3-pointers, going 7 for 16 from long range.

Jabari Smith Jr. had 15 points and 10 rebounds, and Kevin Porter Jr. had 12 points and 11 assists but the Rockets lost for the seventh time in eight games. Jalen Green scored 21 points.

Anfernee Simons scored 19 points and Shaedon Sharpe had 17 off the bench for the Trail Blazers. They shot 53.3% and rallied from a 12-point deficit in the third quarter to improve to 3-1 on their six-game trip.

Terry Rozier led the Hornets with 18 points. Mason Plumlee had 16 points and 12 rebounds. 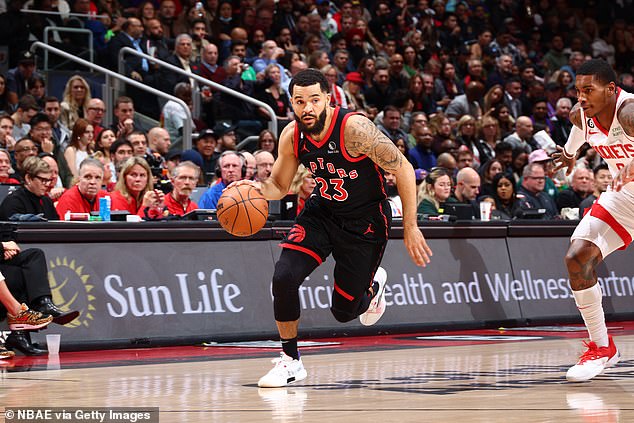 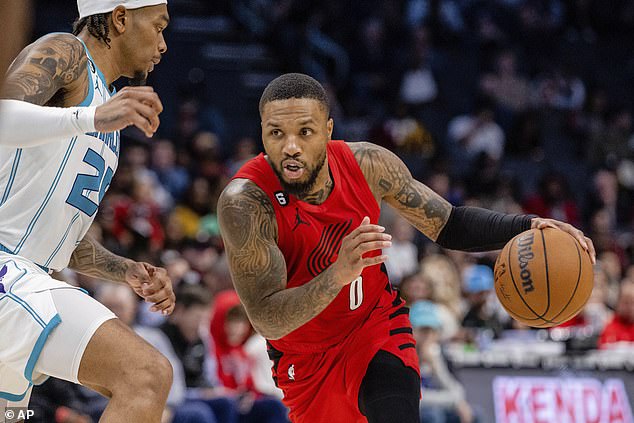 Doncic, the NBA´s leading scorer, finished with 24 points after scoring 30 or more in each of the Mavericks´ first nine games. He shot 9 for 29 overall and 2 of 11 from 3-point range.

Spencer Dinwiddle had 29 points for the Mavericks, who were outrebounded 49-29.

The Magic played for the first time without rookie Paolo Banchero, who sprained his ankle Monday night. Wendell Carter Jr. had 13 points and 12 rebounds for Orlando.

The start of the game was moved up by 90 minutes due to the approach of Hurricane Nicole.

Devin Booker had 32 points and a season-high 10 assists, and Mikal Bridges scored 13 of his season-high 31 points in the first quarter as the Phoenix Suns beat the Minnesota Timberwolves 129-117 on Wednesday night.

Despite playing without Chris Paul due to right heel soreness and starting forward Cameron Johnson, Phoenix led by as many as 27 against Minnesota to rebound from a disappointing loss at Philadelphia two nights earlier.

Cameron Payne scored 23 while starting in place of Paul. Landry Shamet had 16 off the bench for Phoenix, which had lost two of three.

Gobert had 13 of his 25 points in the third quarter. Towns finished with 11. Jaden McDaniels had a career-high 24 points to lead the Timberwolves. 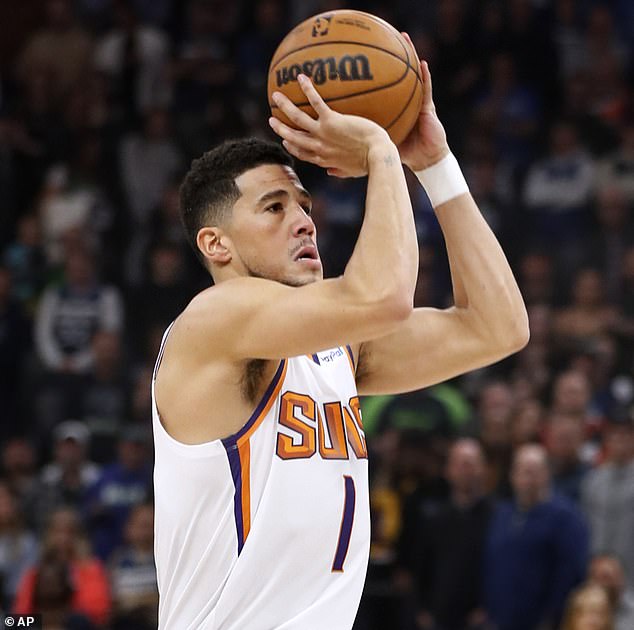 Brandon Ingram scored 18 of his 22 points in the second half, including seven straight late in the fourth quarter, and the New Orleans Pelicans pulled out a 115-111 victory over the Chicago Bulls on Wednesday night.

Ingram hit a 3-pointer that gave the Pelicans a 109-107 lead. DeMar DeRozan’s dunk tied it, but Ingram countered with a mid-range basket and DeRozan committed a turnover with 17.4 seconds left.

The Pelicans overcame 3-for-19 shooting from beyond the arc, including an 0-for-5 performance by CJ McCollum. 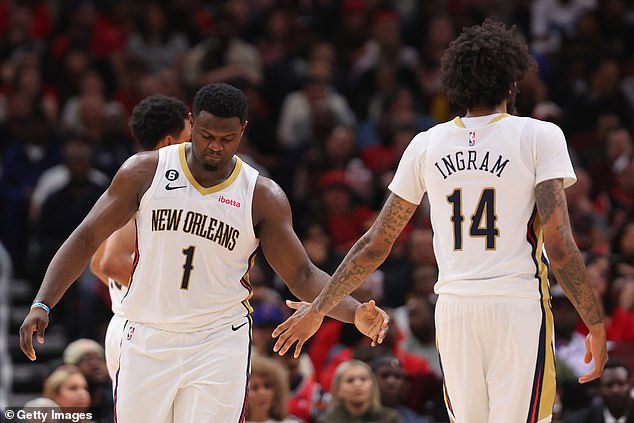 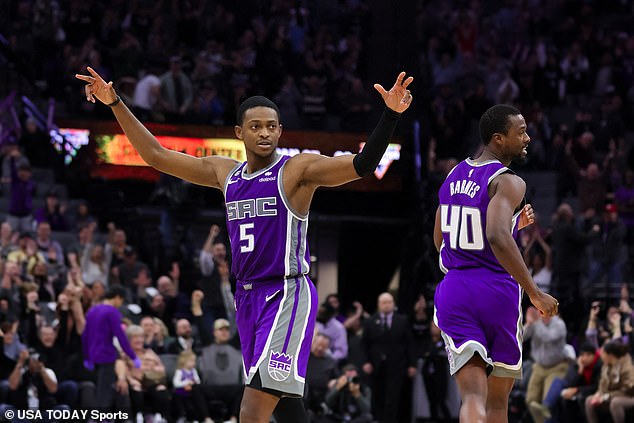 Domantas Sabonis scored 21 points and the Sacramento Kings overcame another big performance by Donovan Mitchell to beat the Cleveland Cavaliers 127-120 on Wednesday night.

Mitchell scored 38 points on 16 of 28 shooting as the Cavaliers lost their second in a row following an eight-game winning streak. He began the game averaging 31.2 points per game this season

Harrison Barnes had a season-high 19 points for Sacramento. He had zero points in the Kings’ loss to Golden State on Monday.