Neil Warnock criticises Manchester City ahead of their trip to Cardiff

Neil Warnock has fanned the flames with Manchester City by criticising their reaction to Cardiff’s tough tackling during last season’s FA Cup meeting.

Pep Guardiola was incensed after Joe Bennett scythed down Leroy Sane — a challenge that kept the winger out for a fortnight — and immediately called for more protection from referees.

Warnock accused City of being over-zealous in the tackle as well on Friday and insisted Cardiff had kept quiet about their misgivings.

‘I totally agree with Guardiola (on protection),’ Warnock said. ‘Sane missed three games, but there was a tackle from Kevin De Bruyne on Jazz Richards that put him out for 17 games.

‘So I would say which is the worst? That sounds like a worse tackle than Bennett’s, but we didn’t make a song and dance about that.

‘There were one or two naughty things we didn’t get and everybody wrote about the one tackle that Benno knows was a disgrace. De Bruyne didn’t even get booked, but he caught his knee badly.’ There will be significant scrutiny on Saturday’s referee, Michael Oliver, although Guardiola refused to be drawn into a war of words.

He fired back: ‘I’m not going to play that game. I’m not going to discuss a game that happened eight months ago. The players (should) be protected – that’s why the referees are there, I suppose.’ Sergio Aguero is expected to start for the Premier League champions after extending his contract until 2021 on Friday. 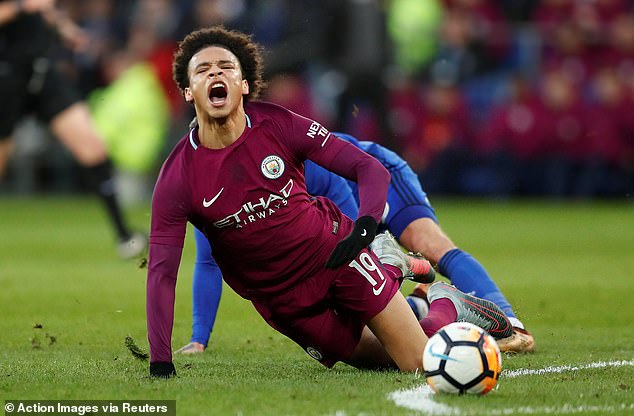 The club’s all-time record goalscorer revealed the opportunity to surpass a decade at the Etihad Stadium was a driving force behind his decision to pen new terms.

Guardiola has been effusive in his praise for Aguero over the last 12 months and claimed his players had no reason to apologise for Wednesday’s shock 2-1 defeat by Lyon.

‘Why should they? They ran, they fought, tried to make a comeback,’ he said.. ‘The Champions League punishes the mistakes. We made a lot of mistakes. But they don’t have to apologise.’

Meanwhile, Benjamin Mendy – currently injured with a bruised metatarsal – has been banned from driving for a year and fined £2,500 after racking up 24 points on his licence.

The 24-year-old admitted four charges of failing to identify the driver of a motor vehicle but was not present at Manchester Magistrates’ Court.

The offences relate to four separate incidents of speeding involving Mendy’s Mercedes in February. Mendy failed to respond to four letters asking him to confirm the identity of the driver. 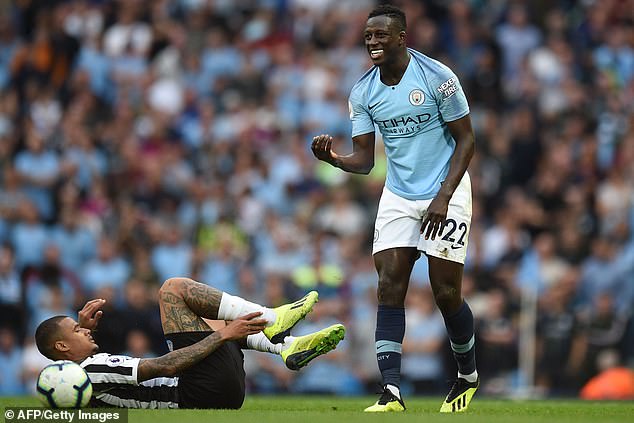 Meanwhile, Benjamin Mendy has been banned from driving for a year and fined £2,500