Netflix gets own theater, becoming the unlikely savior of Paris, one of New York’s oldest theaters

Netflix has taken over the last surviving single-screen movie theater in New York City, giving cinema fans the chance to enjoy their new films on the big screen.

The streaming service snapped up a deal after the iconic Paris Theatre’s doors closed in August following a 71-year run, much to the disappointment of those who had grown attached to the one-screen theater over the years.

Paris closed with a note explaining that its lease was up and managers said they regretted that they were no longer able to serve customers.

Netflix began screening new motion picture Marriage Story this month, on a limited time basis, and now it has become the unlikely savior of the venue on 58th Street. 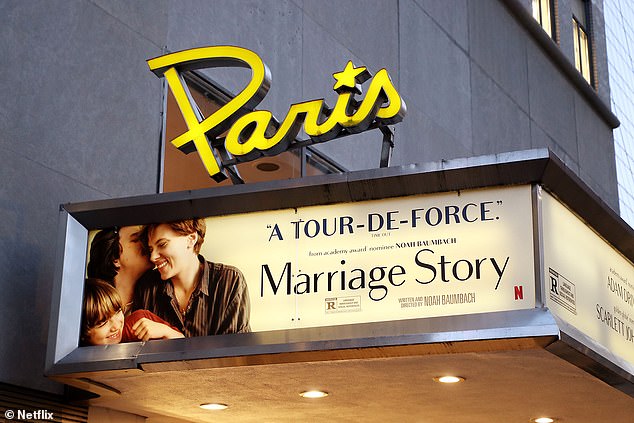 After closing earlier this year, The Paris reopened for a limited run of Marriage Story 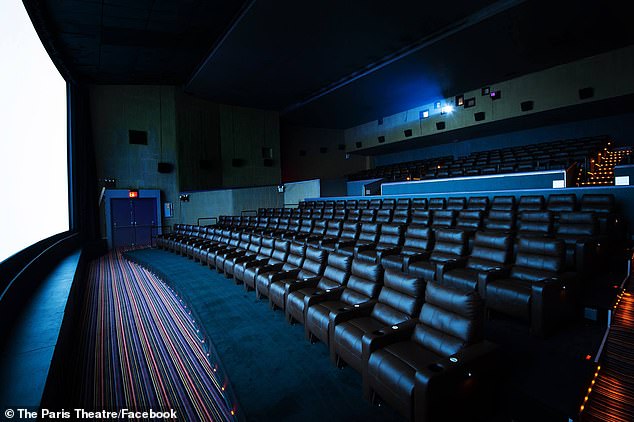 The Twitter account which posts about all things ‘on the big screen and on your screen’ keeps fans updated on motion pictures that have a short run in movie theaters before being added to the streaming service.

As fans responded positively on the micro-blogging website, it was evident that it wasn’t only good news for the nostalgic.

To their benefit, Netflix will be able to play their top offerings at the cinema and it provides a permanent Big Apple venue to host occasions.

‘Now, the iconic theater will be kept open and become a home for special Netflix events, screenings, and theatrical releases.’

Netflix created further buzz about the popular venue by flaunting the benefits of having the East Coast theater as the latest addition to their assets. 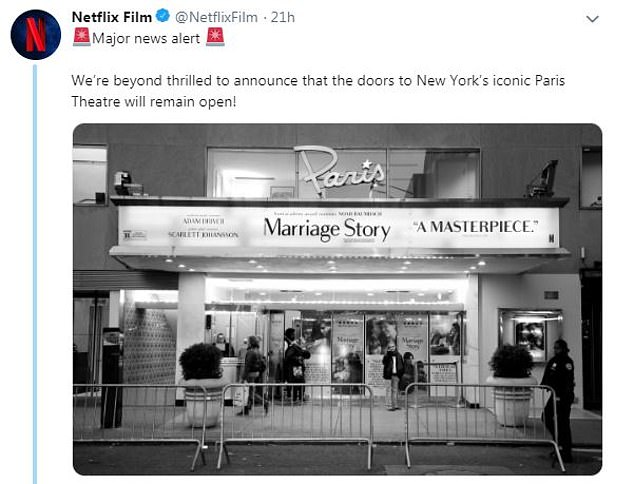 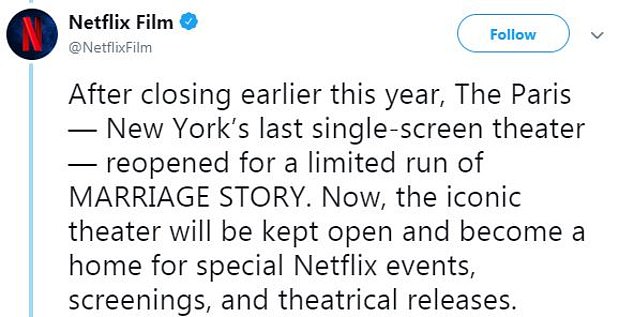 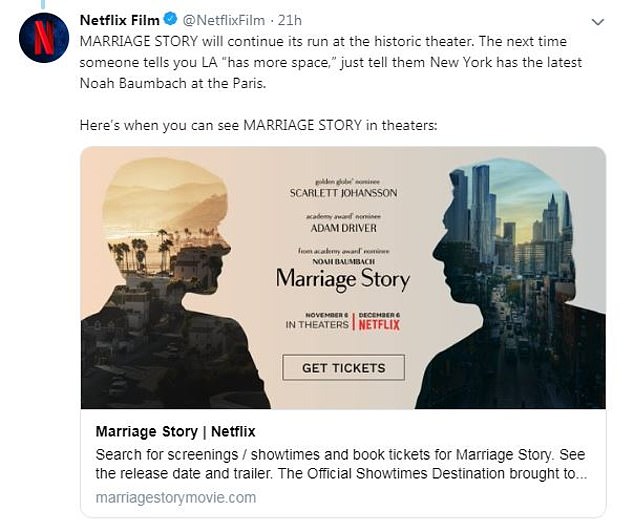 Netflix Film tweeted about the benefits of the Paris, an iconic East Coast venue, compared to what’s available on the West Coast

‘MARRIAGE STORY will continue its run at the historic theatre,’ Netflix Film continued. ‘The next time someone tells you LA “has more space,” just tell them New York has the latest Noah Baumbach at the Paris.’

Netflix has been trying to take over the Egyptian Theatre in Los Angeles. It has also reportedly explored buying a small chain of cinemas such as Landmark Theaters.

Netflix’s opportunity allows one month for film fans to see Marriage Story – starring Scarlett Johansson and Adam Driver – on the silver screen before it’s available to stream anytime at home, likely on a much smaller platform.

The new flick – also featuring Ray Liotta and Laura Dern – hit theaters November 6 and will be available on Netflix December 6.

Now it’s likely The Paris Theater will help Netflix originals when it comes to credibility for awards nominations.

In the past, director Steven Spielberg has complained their films were not worthy of Oscar nominations, claiming the honor should be given to those that were available in theaters for a longer period. 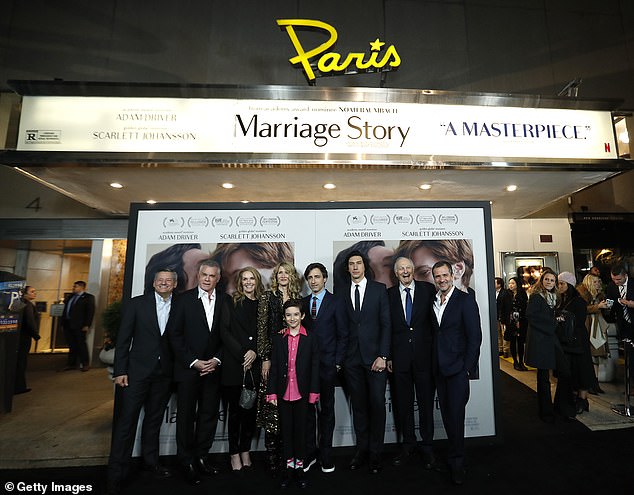 But in the past Netflix has hailed its subscription service for being a better value than purchasing tickets to see a movie.

The Paris Theater – known for showing arts and international films – may prove lucky for Netflix.

It was one of the first theaters to show The Artist (2011) and the French romantic comedy went on to win Best Picture at the Oscars in 2012.

Hopefully fans of the venue are keen on Netflix originals as that will be the focus.

‘After 71 years, the Paris Theatre has an enduring legacy, and remains the destination for a one-of-a-kind moviegoing experience,’ Ted Sarandos, Netflix chief content officer,  said in a statement.

‘We are incredibly proud to preserve this historic New York institution so it can continue to be a cinematic home for film lovers.’ 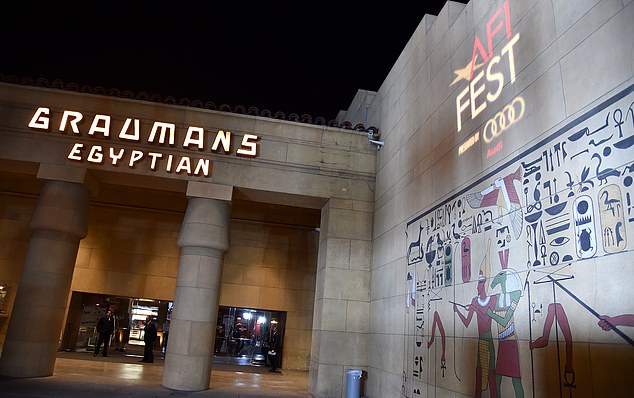