‘There’s no point dwelling on the past, you need to move on, to keep moving forward, that’s the game, I feel too often as cricketers we get stuck in the past, nothing’s permanent, we’ve seen mighty teams fall, and we’ve seen people at ground level go all the way up,’ says Shan Masood, wiping sweat from his brow as he leans forward poolside.

Sat at the hotel which houses both Pakistan and England squads, the stylish left-handed batsman is not referring to the soon-to-be-concluded Twenty20 international series here but a difficult domestic situation thousands of miles away. Yorkshire are in a mess, and this is the man with the manifesto to get them out of it. Meet the new club captain.

Within hours of his appointment for 2023 was confirmed, Yorkshire had been relegated to Division Two of the County Championship. Indeed, this ‘mighty team’ will take some building back up.

In Masood, however, they have arguably unearthed the ideal candidate to promote unity after two years of bitter division at Headingley. He is only the second overseas club captain in 159 years, after Darren Lehmann, and crucially the first of colour. Azeem Rafiq, whose whistle-blowing on racism two years ago has led to a re-evaluation of Yorkshire’s image and actions, was the first player of Asian origin to wear the armband in 2012 when he deputised for the injured Andrew Gale.

As Masood, 33 next week, points out, Yorkshire have a rich heritage of Pakistani players including Inzamam-ul-Haq, Younis Khan and Sarfaraz Ahmed, and his arrival should appeal both to the communities that felt ignored under previous regimes – ‘I want to be a role model, because those things matter more to me’ – and also to a playing group who had their established backroom staff support system ripped away from them via the mass coaching sackings 10 months ago. Talk to people on the county circuit about him and you receive a common ‘good bloke,’ response.

‘I hope that I’m accepted as Shan Masood and not anyone else. I don’t want to get into what’s happened. What’s happened has happened, but I want to go there and make a difference through me as a player and me as a person, and I hope that Yorkshire can be known for the kind of cricket they play,’ he says. 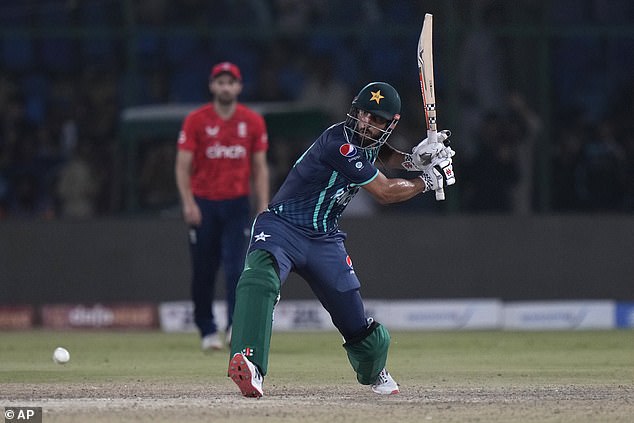 ‘To me, this is an honour, a privilege. These opportunities don’t come twice. It is going to be challenging, we need to restore the club back to where it has been. I’ve just been looking at the list of County Championship winners and Yorkshire historically were at the top, so again we want to be the team that has the pedigree to do that.’

With him on the journey will be a cast of international stars: Joe Root, whose presence on the golf course rather than in the failed final-round fight versus Gloucestershire has raised questions about priorities within the English game, Jonny Bairstow, Dawid Malan, Harry Brook. His Pakistan team-mate Haris Rauf wants to return too, joining Adil Rashid as one of the club’s white-ball specialists.

But it will begin in Division Two, much to a disillusion membership’s chagrin, alongside the might of Leicestershire, Sussex and Derbyshire, the club Masood’s runs – he was first to 1,000 during the 2022 first-class season – reinvigorated. 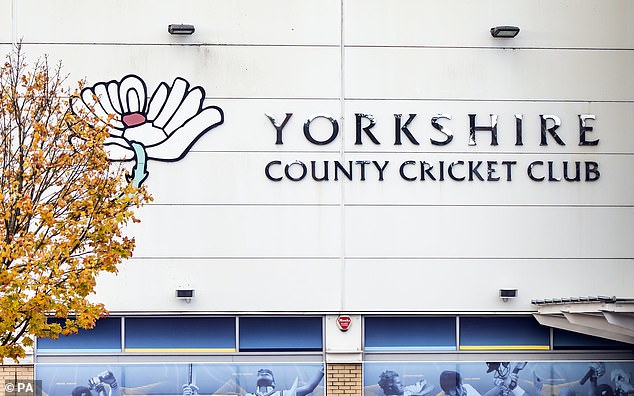 Masood moved to Derbyshire last winter because of Mickey Arthur, the man he says ‘will always be my coach,’ but not necessarily his go-to man for advice. That honour belongs to England’s 2010-11 Ashes-winning mastermind Andy Flower, their bond oddly strengthening after Masood’s sacking as captain ended a management relationship at

And so Flower was consulted on the merits of moving to Yorkshire. As was David Willey, who lambasted Yorkshire’s new regime when announcing his own departure this summer – ‘one of the best guys I’ve known in cricket,’ according to Masood.

Of Flower, he adds: ‘When you have honest conversations, maybe in the moment they don’t make sense, maybe you feel you’ve been let down, or dealt with unfairly, but fast-forward and things start to work. So I’ve been very grateful to have his influence.’

With a penchant for plain speaking, Masood is clearly moving to the right place.