EXCLUSIVE: How Sydney was spared a giant upside down hairdryer on the skyline after rejecting architect’s plans for a new museum

By Levi Parsons and Daniel Piotrowski for Daily Mail Australia

Sydney narrowly escaped a giant concrete hairdryer ruining its skyline after a controversial proposal for the Powerhouse Museum was passed over.

The museum is being moved from its inner-city location in Ultimo to Parramatta in a bid to ‘culturally transform’ the city’s west and create thousands of jobs.

The winning design was always bound to be controversial and has even been labelled a ‘monstrosity on stilts’ by the state opposition.

But concept art obtained exclusively by Daily Mail Australia proves the new riverside building could have been a lot more bizarre.

Steven Holl Architects in the US and Conrad Gargett from Australia proposed this design which resembles an upside down hairdryer (pictured), as the new Powerhouse Museum

NSW state government planners were inundated with 74 concepts from 20 countries, with the winning plans drawn up by Australian’s Genton and the French-Japanese firm Moreau Kusunoki.

But perhaps the most outlandish design was entered by Steven Holl Architects in the United States and Australia’s Conrad Gargett.

Their space-age, ultra-modern concept combined a large cylinder shape on the bottom level with a tall, upright rectangle towering into the air – not unlike the common bathroom appliance.

Another proposal that was rejected by the international panel of judges was an all-white Utopian design.

Put forward by Australian architecture firms CHROFI and Reko Rennie, the futuristic concept looks like something out of a sci-fi movie, with tall rectangular columns. 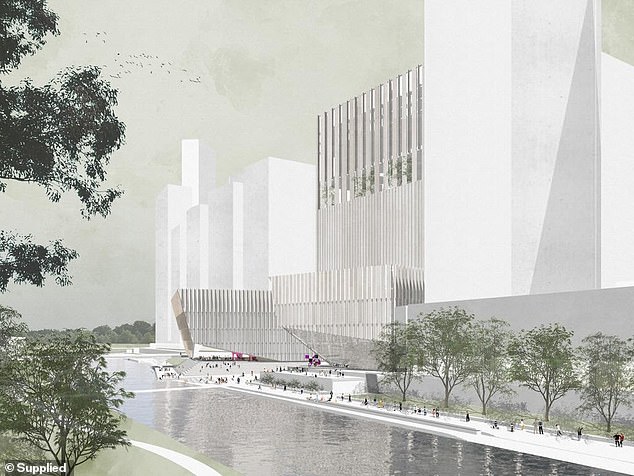 The futuristic all-white concept looks like something out of a sci-fi movie, with tall rectangular columns (pictured). It was proposed by Australian architecture firms CHROFI and Reko Rennie 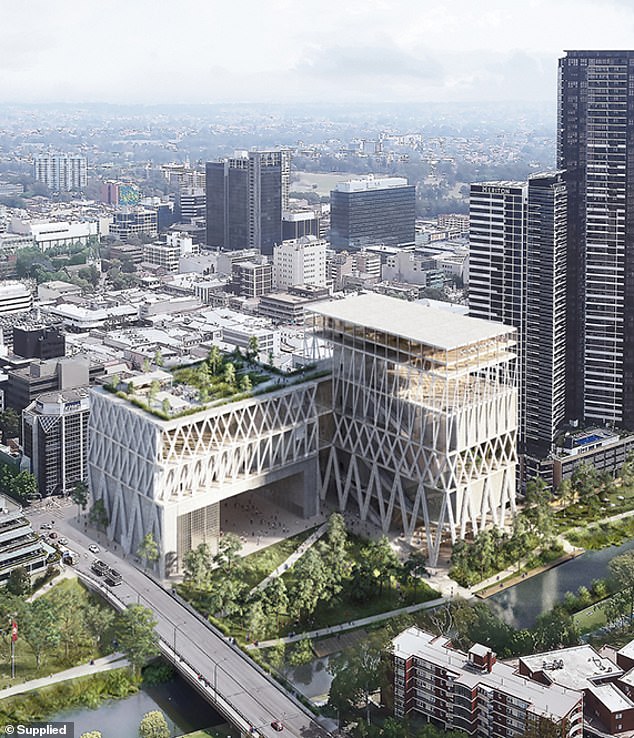 The winning plans were drawn up by Australian’s Genton and the French-Japanese firm Moreau Kusunoki (pictured). The project is set to be completed in 2023

The blocky design used various green and brown shades to give the building a natural feel which blends into its surroundings.

An entry by the UK’s AL_A and Australia’s Architectus attempted to pull off the opposite effect.

The multicoloured design incorporates converging shapes and staggered level balconies which overlook the river and park below. 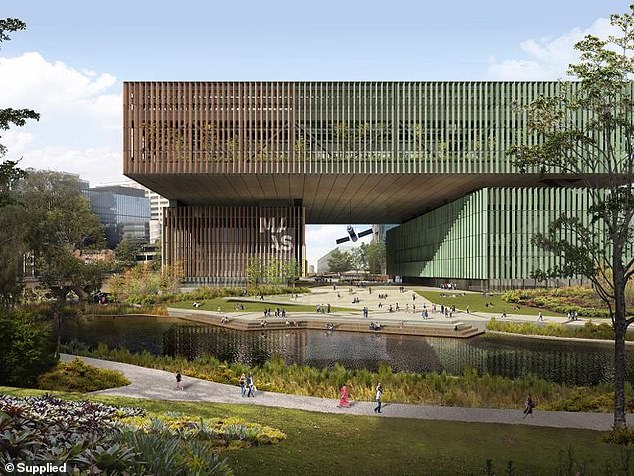 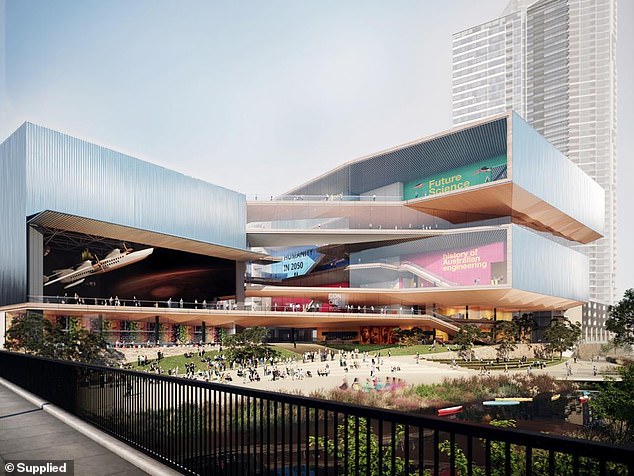 Political observers were beginning to suspect the ambitious Parramatta Powerhouse move would be shelved as Australia falls into a recession as a result of the COVID-19 pandemic.

Earlier this week Premier Gladys Berejiklian pulled the pin on the $800 million rebuild of ANZ Stadium – at least until the coronavirus crisis is resolved.

But she remains determined to go ahead with the Powerhouse move, hailing its as a major job creator at a time of economic downturn.

According to Ms Berejiklian, the redevelopment will create more than 1,100 construction jobs in western Sydney, as well as 2,400 indirect jobs, and keep hundreds employed once it opens.