A 74-year-old grandmother says her life was saved after the Apple Watch her grandchildren gave her alerted her that her irregular heartbeat was a medical emergency.

She had been managing it well until October of this year when the smartwatch began buzzing on her wrist in the middle of the night.

Doctors told her if she hadn’t gotten help immediately, she could have suffered a fatal heart attack or stroke, Borque told DailyMail.com.

Marie Bourque, 74, of Queens, New York, was diagnosed with atrial fibrillation, an irregular and rapid heart rate that can lead to blood clots and cause fatal heart attacks and strokes, in 2005. Pictured: Bourque, far right, with her daughter, center, and three grandchildren

Bourque said she was diagnosed with AFib in 2005 and had thus far been managing it with a blood pressure medication.

Normally, the heart contracts and relaxes to a regular beat so blood can flow to other organs.

However, in AFib, the upper chambers of the heart beat out of coordination with the lower chambers, which weakens heart muscles.

Clots can form and, if they enter the blood stream, they can become lodged in arteries and cause fatal heart attacks or strokes.

Some people have no symptoms and are only diagnosed after a physical exam. But others might experience symptoms including fatigue, a fluttering feeling in the chest, dizziness and shortness of breath.

According to the American Heart Association, at least 2.7 million Americans have this condition.

More than 750,000 people are hospitalized every year because of AFib and more than 130,000 die, according to the Centers for Disease Control and Prevention.

The Apple Watch was a gift to Bourque from her three grandchildren and her daughter last Christmas. 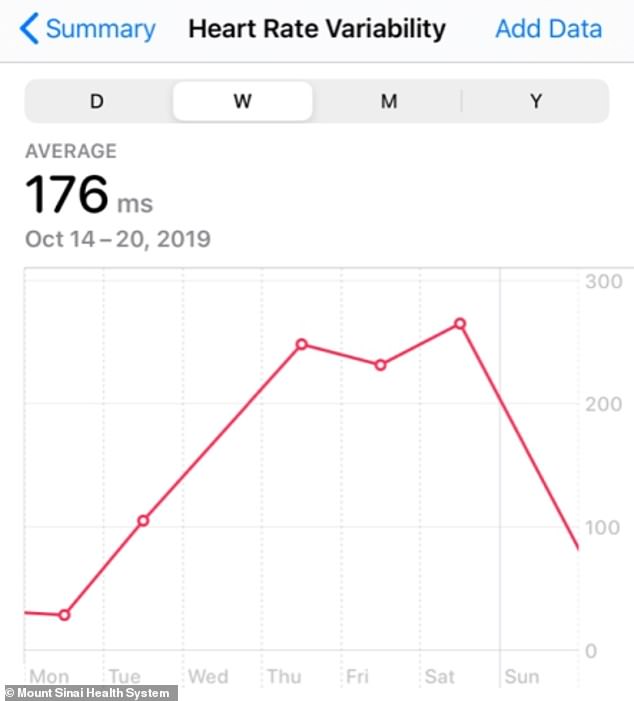 ‘It was my oldest grandson, Matthew, who was online and who is into the technology,’ Bourque said.

‘He was looking at the special features and the minute he saw AFib, he said: “We have to get this for grandma” because he knows I have the condition.’

Bourque said when she woke up in the middle of the night, she also felt short of breath and lightheaded.

‘When it’s happened in the past, I thought: “I’ll just lie on my left side, it will pass” and eventually wound up in the hospital,’ she said.

‘So I had learned my lesson. The faster you get to the hospital, the better off you are.’

Bourque was in the hospital for two days. When medications didn’t help bring down her heart rate, she had to undergo electrical cardioversion. 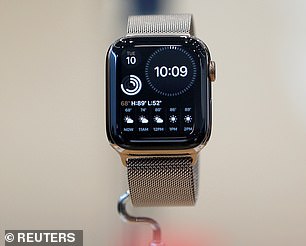 When the notification from the Apple Watch went off, Bourque rushed to the hospital, where doctors confirmed she was in AFib (file image)

This is a process in which the heart is shocked to reset it from an irregular rhythm back to a normal rhythm.

The grandmother is also now taking a blood-thinning medication, but says she feels back to her usual self.

‘I look it at [the Apple Watch] as a tool to help me specifically,’ Bourque said.

This is not the first time that an Apple Watch has been credited with saving someone’s life.

An 18-year-old in Florida was diagnosed with silent kidney failure in April after her Apple Watch declared her spiking heart rate a medical emergency.

And father-of-one Ed Dentel told DailyMail.com last year that his smartwatch alerted him to his own AFib condition.