A mother who gave birth while battling coronavirus has no memory of being pregnant with her now three-month-old daughter due to a brain injury she suffered while fighting for her life.

Sylvia LeRoy, a 35-year-old labor and delivery nurse at Brookdale University Hospital Medical Center in Brooklyn, New York, was 30 weeks pregnant when she went into cardiac arrest on April 12, two weeks after she was diagnosed with COVID-19. Once stabilized, she was rushed to the emergency room to deliver her daughter, Esther, via C-section.

The four minutes she spent without oxygen to her brain caused an anoxic brain injury that has affected everything from her motor function to her memory. Speaking with the New York Post, Sylvia’s older sister, Shirley Licin, revealed the mother of two can barely speak and doesn’t remember being pregnant.

Fighting for her life: Sylvia LeRoy, 35, from Brooklyn, New York, was battling COVID-19 when she delivered her daughter, Esther, via emergency C-section in April 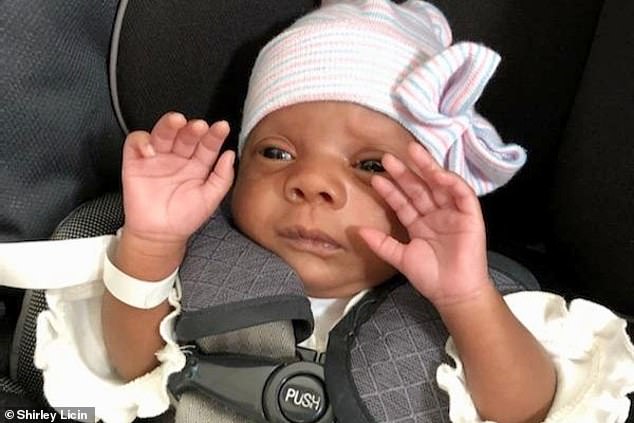 Heartbreaking: The nurse has no memory of being pregnant with her now three-month-old daughter due to an anoxic brain injury that has affected her motor function and memory

‘We tell her, “Sylvia, you were ill, you had your baby, but you did really good — do you remember?” And she shakes her head,’ Shirley, 41, explained.

Sylvia and her husband, Jeffry, are also parents to a three-year-old son, Jeremiah.

The nurse’s ongoing battle has been heartbreaking for her family, but they consider it a miracle that she is alive and at a point that she can now communicate.

‘I’m mourning the loss of the sister I had, but I still have her,’ Shirley said.’

Sylvia was six months pregnant and working at Brookdale University Hospital Medical Center, where she likely contracted the virus, when she started to feel ill. She was admitted into the hospital on March 27 and tested positive for COVID-19. 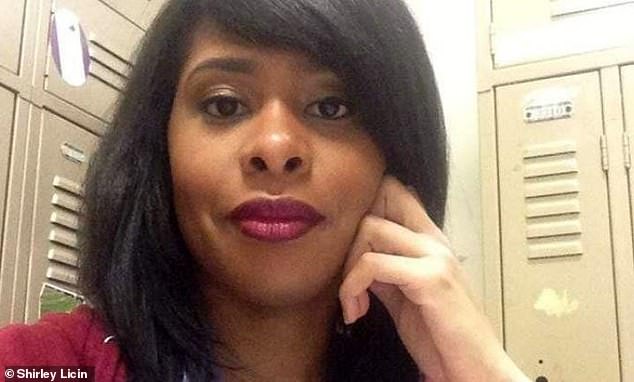 Setback: Sylvia was 30 weeks pregnant when she went into cardiac arrest on April 12, one week after she was successfully taken off of a ventilator 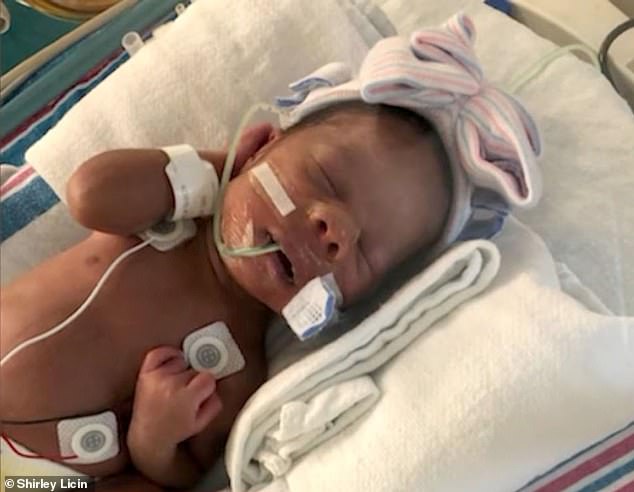 Healthy: After she stabilized, she was rushed into the operating room to deliver her baby girl. Esther weighed just 3.5 pounds when she was born, but she was able to recover well

She was transferred to Mount Sinai Hospital in Manhattan and placed on a ventilator. It was successfully removed a week later on April 9, but just when her family thought she was getting better, she went into cardiac arrest.

Sylvia’s sister and husband were both on the phone with the doctor and listened as the hospital team worked to revive her.

Shirley told The Post that doctors believe the thick, heavy fluids in her lungs caused by the virus may have led to her going into cardiac arrest.

Fears over her baby’s life prompted doctors to perform an emergency C-section after she stabilized. Sylvia’s daughter, Esther, weighed just 3.5 pounds when she was born, but she was healthy and able to recover well in the neonatal intensive care unit. 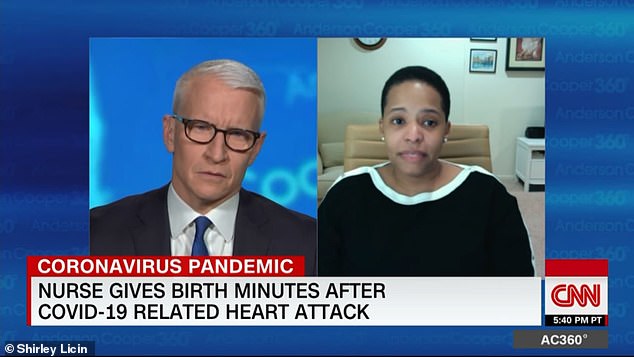 Hard to handle: Sylvia’s sister, Shirley Licin, appeared on CNN in May to discuss her condition, saying they were unable to visit her while she was on life support because of the pandemic 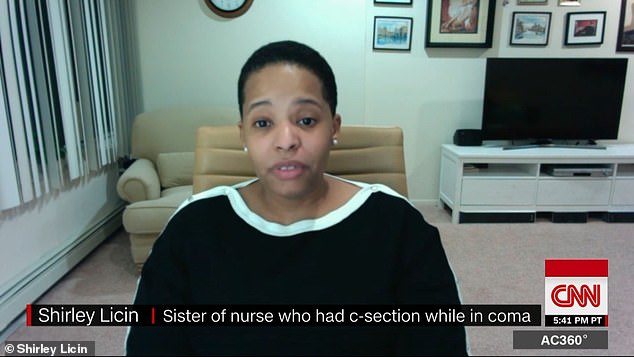 Looking for help: Shirley said her sister needed acute rehabilitation at a state-of-the-art facility, but her insurance would only cover a short stay

Sylvia’s family was unable to visit her while she was on life support due to the hospital’s coronavirus restrictions.

When Sylvia finally regained consciousness, she wasn’t cognitively responding, but medical professionals believed she could progress at a state-of-the-art treatment center that specializes in acute rehabilitation.

Shirley said acute rehabilitation is only available at a handful of rehabilitation centers across the country, but her sister’s insurance covers just 60 days of the months of treatment she would need.

The family started a GoFundMe in April to raise money for Sylvia’s medical costs and received more than $928,000 in donations, so far. 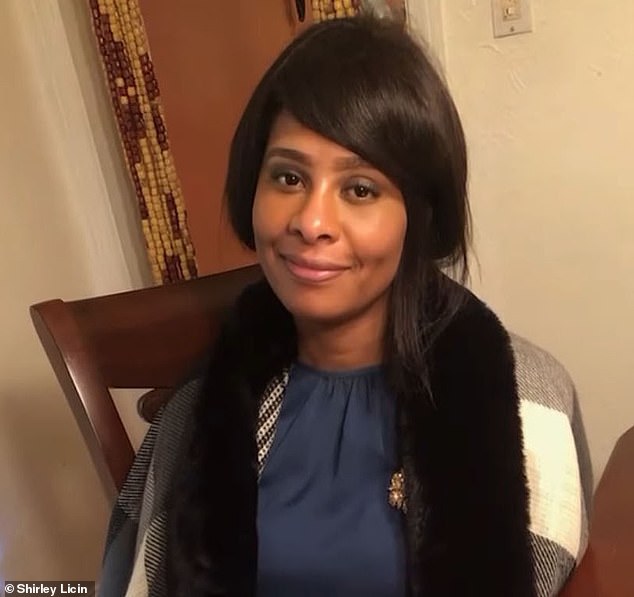 Public support: The family started a GoFundMe in April to raise money for Sylvia’s medical costs and received more than $928,000 in donations, so far 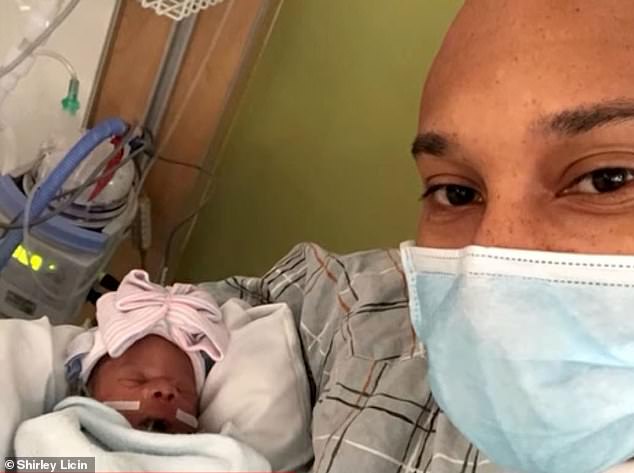 Love: Esther, pictured in the hospital with her father, Jeffry, is thriving and providing motivation for her mom. Sylvia was recently able to live her arm and touch her baby girl’s face

‘The next six months are critical for Sylvia,’ Jeffry told The Post in April. ‘She needs and deserves the best care possible because she was 100 percent devoted to her job.

In May, Sylvia entered a rehabilitation facility in Philadelphia, where she received occupational, physical, and speech therapy. Last week, she was able to move into her sister’s home where her husband and two children are also staying.

The LeRoy family is grateful for all the donations that have poured in, and they believe the nearly $1 million they have raised will be enough to cover Sylvia’s medical costs for the next few months.

After a weeks of therapy, Sylvia is able to say ‘yes’ or ‘no’ responses to questions and was recently able to lift her arm to touch baby Esther’s face.

‘She’s gotta have her babies around her, it encourages her to do more,’ her sister said. ‘They have a big important role to play in her life.’