New Zealand gear up for Barbarians

New Zealand’s preparations for their northern hemisphere tour continued apace on Tuesday as the squad underwent a training session in London.

Head coach Steve Hansen put his players through their paces at The Ledbury sports facility in Teddington, with the first game of the autumn international series just four short days away.

The All Blacks face the Barbarians at Twickenham on Saturday, looking to make up for their Bledisloe Cup defeat by Australia 10 days ago.

Steve Hansen, the All Black head coach, issues instructions during a training session 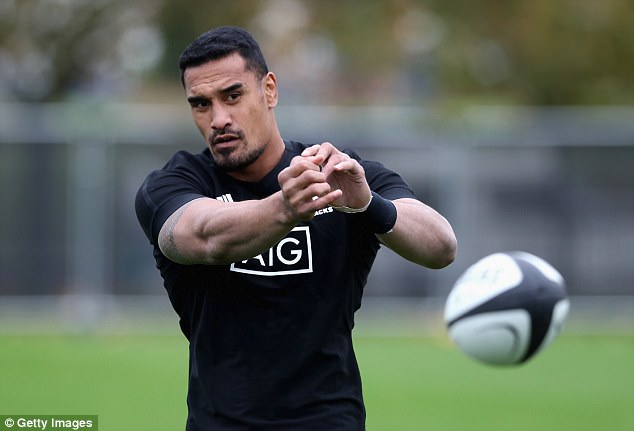 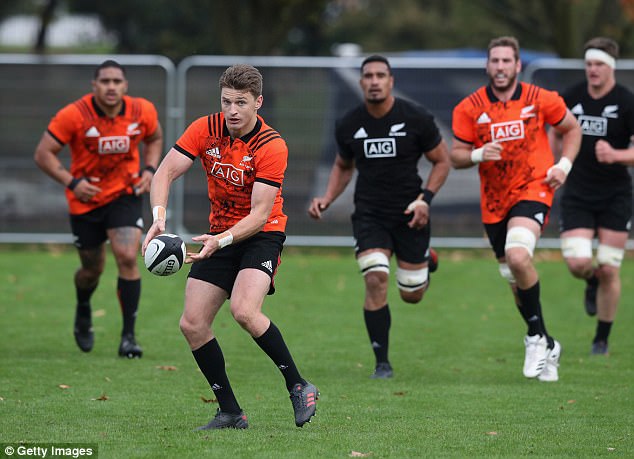 The Aussies emerged from the clash in Brisbane with their first victory over the Kiwis in eight attempts, taking a 23-18 win on the night and leaving Hansen with work to do prior to matches against France, Scotland and Wales during an action-packed November.

Two clashes with the French in Paris and Lyon follow the meeting with the BaaBaas before the All Blacks fly to Edinburgh and finish their tour in Cardiff.

With an intense schedule to navigate, Hansen will need all his players to be on top of their game.

Half-back Aaron Smith is just as aware of the pressure on the side after that defeat in Australia and he emphasised the fact that New Zealand must make amends as quickly as possible.

‘Coming off a loss we just had a pretty hard out review so we’ve got some work-ons for this week and probably want to rectify what happened in Brisbane,’ he said. 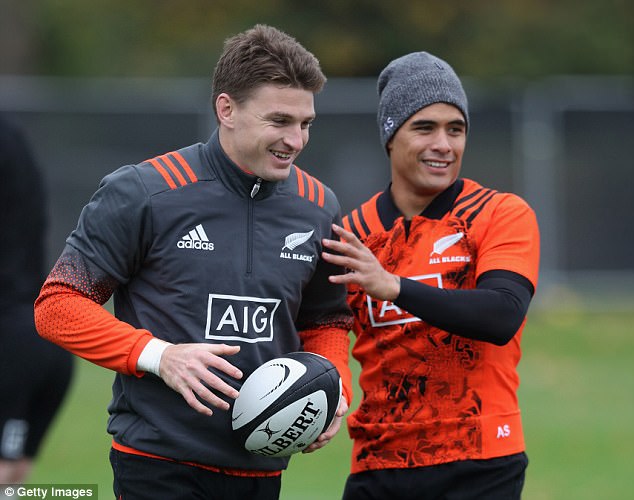 Barrett shares a laugh with Aaron Smith, who is wary of facing countryman Julian Savea 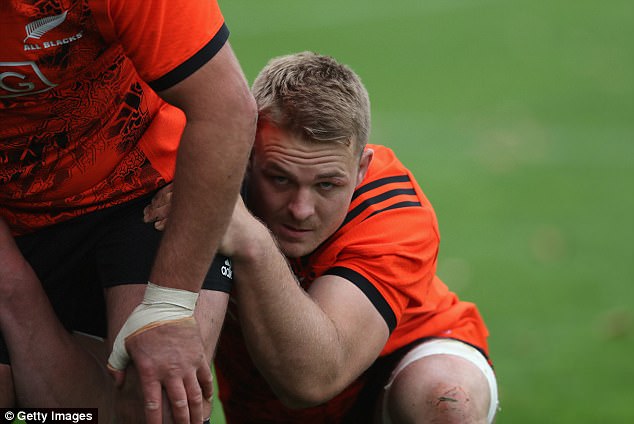 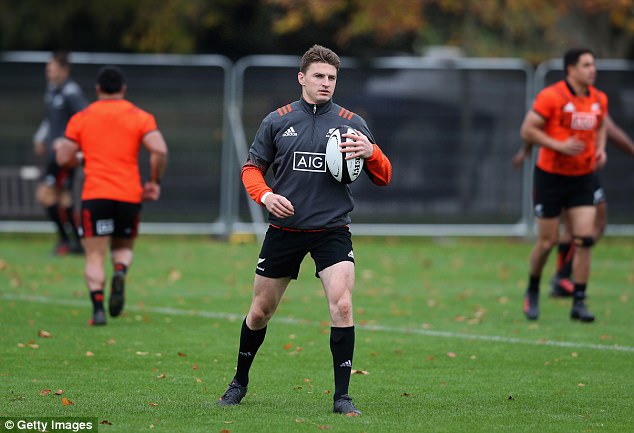 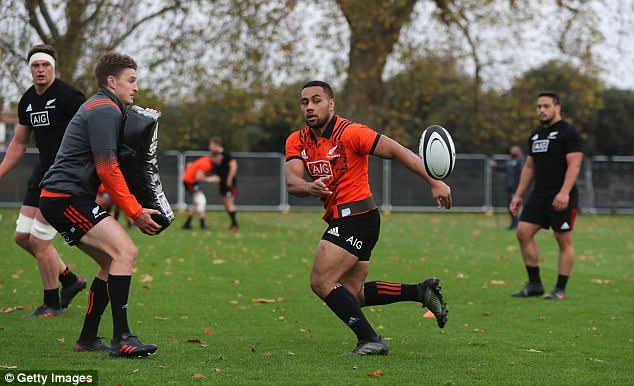 ‘We’ve got a big game against the Baabaas, there’s a few Kiwi boys trying to come in.

‘I’ve played these guys at Super Rugby so it’s hard enough but put them on a bigger stage with better players around them they’re going to be dangerous. ‘

The Barbarians have named Kiwi wing Julian Savea in their XV for this weekend, after he was omitted from the 37-man All Black touring party.

Smith is wary of coming up against his countryman.

‘After what I’ve been seeing lately and how he went in the weekend – we’ve had a few chats a few of us and it’s like “jeez the bus is coming”,’ he said.

‘He’s been playing really well and guys like that are nightmares, especially for me, I’m 80 clicks [kgs] and he’s 100 and something.’ 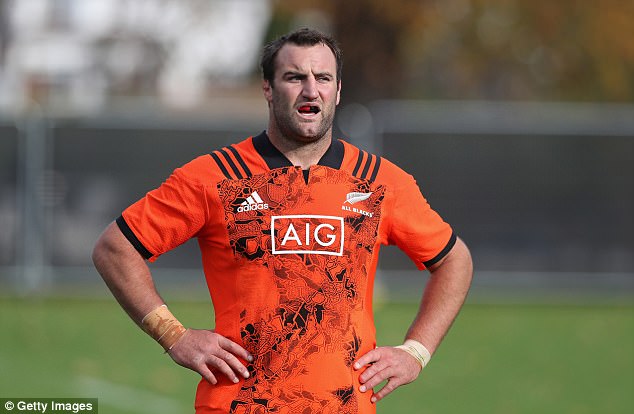