A newborn died just 16 hours after being born due to a catalogue of errors by NHS maternity staff, an investigation has found.

Staff at University Hospitals Plymouth NHS Trust failed to measure Mrs Cooper-Hall’s bump, a key indicator of healthy baby development, three times after the expectant mother felt her baby wasn’t moving as much as normal 41 weeks into her pregnancy.

Problems with Giles’s health were only spotted five days later when Mrs Cooper-Hall came in for an induction.

But further miscommunications and errors from staff meant the newborn’s heart rate inside the womb was not monitored correctly. If done correctly, investigators said it ‘could have led to a different outcome’.

In total, Giles’s heart rate was below a minimum level, where senior NHS staff should have been called, for 21 minutes.

After he was born, medics had to resuscitate him immediately and it was 20 minutes before his heartbeat was detected.

Giles was unable to breathe on his own, suffered blood loss and brain damage from being starved of oxygen during labour. He died later that same day.

Reacting to the report, Mrs Cooper-Hall and her wife, Allison Cooper-Hall, said: ‘We should have come home with our baby – we will grieve for him forever.’

The heartbreaking case comes a month after the independent Ockenden Report into England’s worst ever maternity care scandal at Shrewsbury and Telford Hospital NHS Trust.

The devastating five-year inquiry warned childbirth will remain unsafe until changes are made. 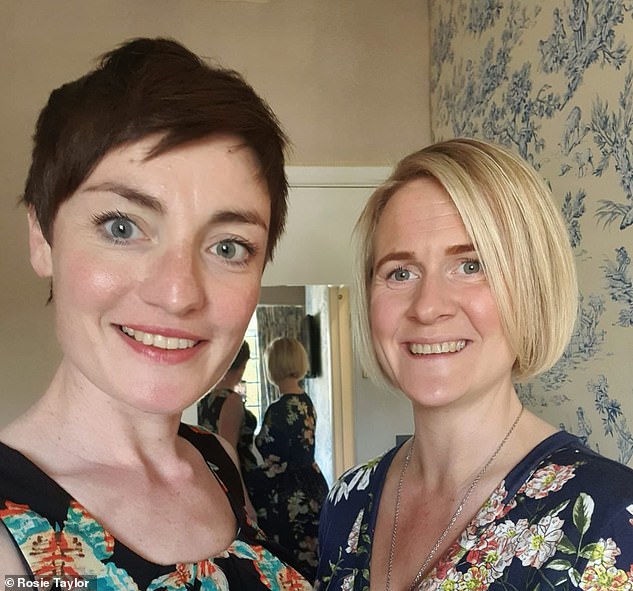 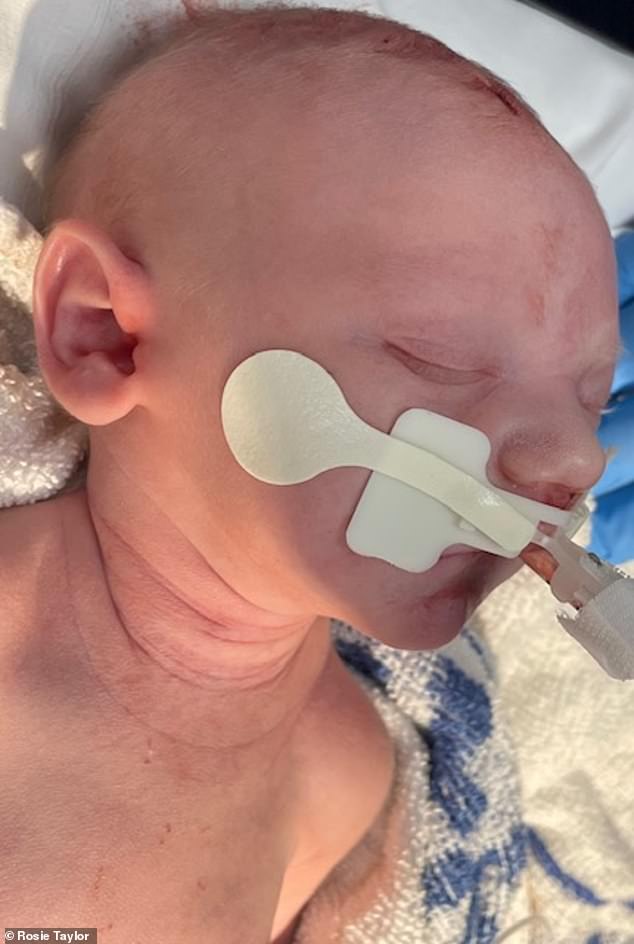 AT A GLANCE: KEY POINTS FROM THE OCKENDEN REPORT

The Ockenden report, released in March, was the result of a damning five-year inquiry into two decades of appalling care at the Shrewsbury and Telford Hospital NHS Trust.

Mrs Cooper-Hall, then 37, first alerted staff at Derriford Hospital, in Plymouth, that her baby wasn’t moving as much as normal when she was 41 weeks pregnant in October last year.

But staff reassured the expectant mother that they were ‘not concerned at all’ about her and the baby and discharged her.

However, the HSIB report said staff failed to carry out appropriate checks because the unit was ‘busy’, including measuring her bump, a key a key indicator of healthy baby development.

Midwives then missed two more opportunities to measure her bump at appointments in the next four days.

This meant a reduction in Giles’s growth was only noticed five days after Mrs Cooper-Hall first raised the alarm when she came to the hospital for an induction.

A senior doctor, who did not see Mrs Cooper-Hall face-to-face, was concerned Giles’s heartbeat may have slowed and asked for his heart rate to be monitored throughout labour.

However, the HSIB report found this plan was not passed on to staff adding it was likely the ‘multiple tasks’ being carried out by the responsible clinician had acted as a ‘source of distraction’.

Instead, the baby’s heart rate was checked only intermittently and without the recommended equipment.

Additionally, new staff coming on duty failed to check Mrs Cooper-Hall’s written records so she was wrongly treated as a ‘routine’ case, the investigation found.

‘Had the full plan of care been handed over between the clinicians caring for the Mother there may have been a different outcome for the baby,’ the report said.

‘Care provided was not in line with local or national guidance, which meant that there was a delay in recognising the baby’s abnormal heart rate.’

Staff also failed to recognise the significance of blood loss, which was a sign of damage to the placenta, and did not act as if there was an emergency when they struggled to find the baby’s heartbeat.

Instead, records showed his heart rate had been below the minimum level for 21 minutes before any senior staff were called.

‘Had an emergency been declared when there was uncertainty about the baby’s heart rate… [there would have been] opportunity to deliver the baby earlier,’ the report said. 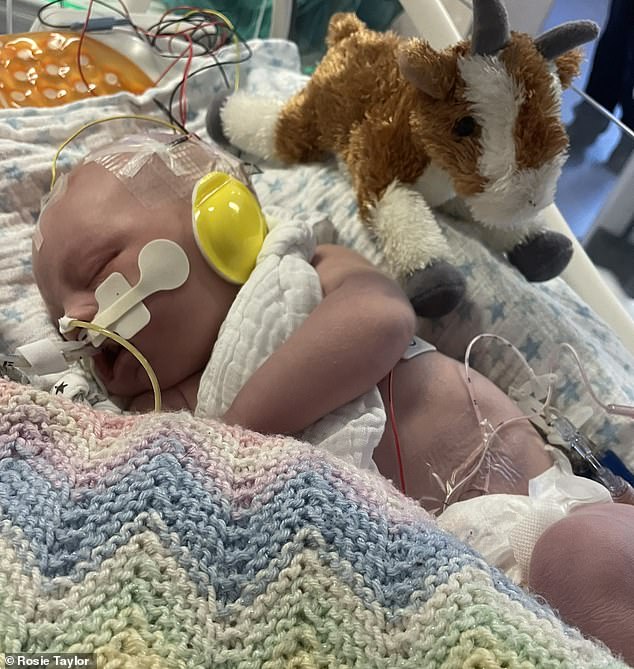 Giles Cooper-Hall died 16 hours after he was born, with senior medics only being alerted to his dangerously low heart rate 21 minutes after the alarm should have been raised 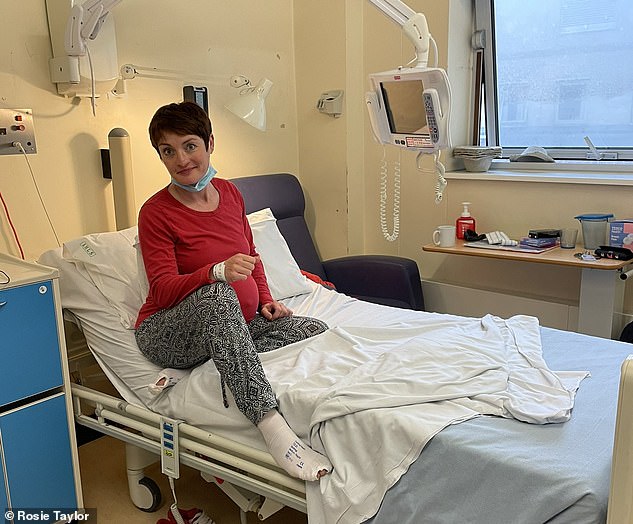 Mrs Cooper-Hall originally raised the alarm with maternity staff five days prior after feeling Giles wasn’t moving as much as she expected, but medics told her they were ‘not concerned at all’ 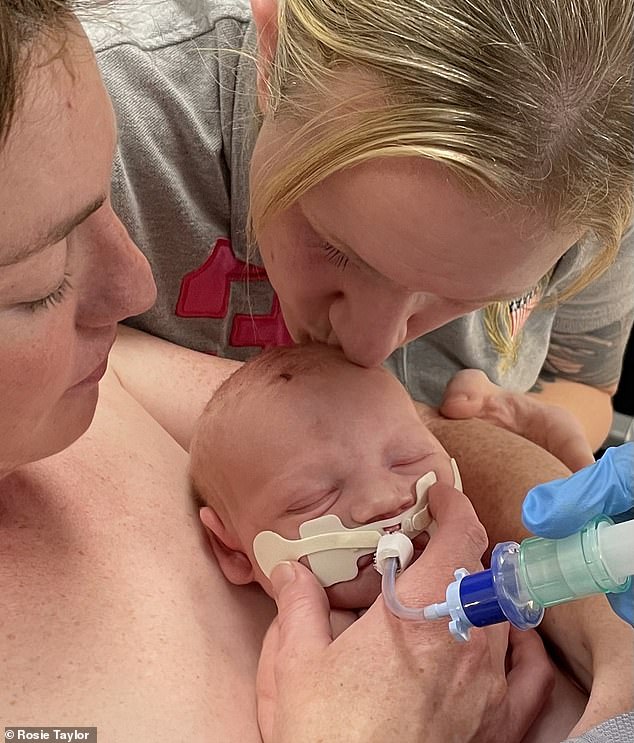 Medics spent 20 minutes resuscitating Giles after he was born. He was unable to breathe unaided having suffered blood loss and had brain damage from being starved of oxygen during labour 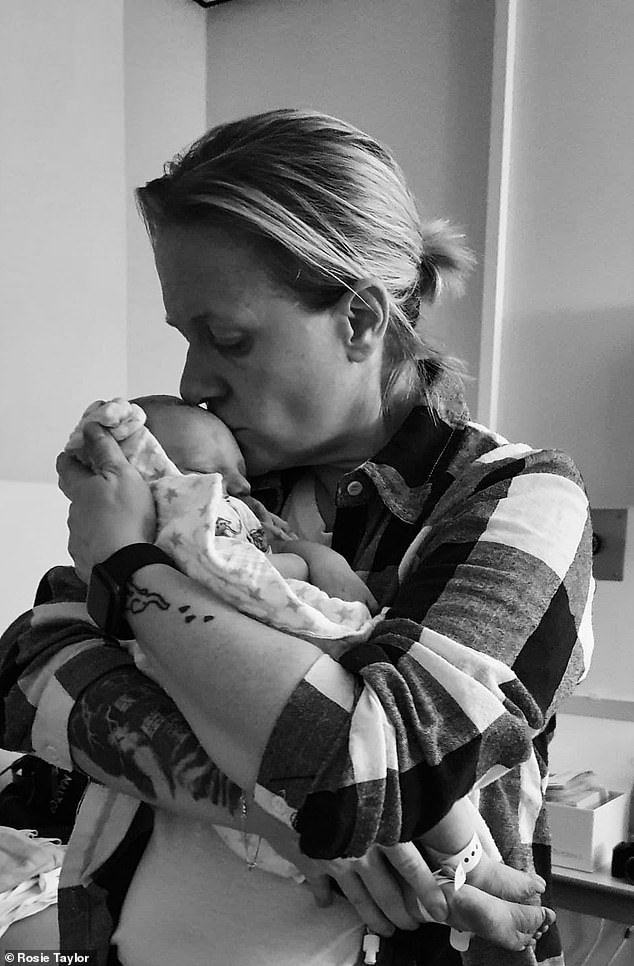 Allison Cooper-Hall pictured here with Giles. Shorty after his birth his parents had to make the heartbreaking decision to place him on palliative care. They were with him when he died, about an hour after his breathing tube was removed.

After senior staff finally arrived, Giles was delivered by forceps and had to be resuscitated for 20 minutes before his heartbeat was heard.

He was unable to breathe on his own, suffered blood loss and had brain damage from being starved of oxygen during labour.

Later that day, his parents agreed he should begin palliative care and were with him when he died at 8.30pm on October 28, an hour after his breathing tube was removed.

The couple said the investigation highlighted ‘the failures in care, missed opportunities and delay in recognition of the severity and urgency of the situation’.

‘Our utter sadness and despair at losing Giles has been joined by anger and hurt as we now know that human error contributed to his death. We should have come home with our baby – we will grieve for him forever,’ they added.

Mrs Cooper-Hall has been unable to return to her work as a registered childminder since her son’s death.

Her wife has also had to take extended leave from her role as a secondary school teacher after being diagnosed with PTSD from witnessing the distressing events.

The family said they have not received any apology from the Trust but were grateful to a consultant neonatologist who visited them at home four days after Giles’ death to talk them through what happened.

‘He told us: ‘You should have come home with your baby.’ His words will never leave us,’ Mrs Cooper-Hall said.

In total, the report issued five safety recommendations to the Trust in a bid to prevent future deaths.

Giles’ death was referred to the coroner and a date for the full inquest is expected to be released shortly.

A spokesperson for University Hospitals Plymouth NHS Trust said all the safety recommendations from the report will be fully implemented.

The spokesperson also paid tribute to the Cooper-Hall’s.

‘We have been honoured to have the opportunity to be involved with the family and maintain an open dialogue whilst the investigation has progressed; explaining how we will develop services reflective of the HSIB findings,’ they said.

‘May we again reiterate our most sincere condolences upon the sad loss of their son, Giles. The pain and distress they have experienced is immeasurable.’