They had a ball when they tied the knot in the Bahamas over the weekend on Lenny Kravitz’s private island, surrounded by friends and family.

And the party continued for newlyweds Shanina Shaik and DJ Ruckus on Monday.

According to Page Six, the couple had one hell of a reception at world famous LIV nightclub in Miami Beach.

That’s one wild reception! Newlyweds Shanina Shaik and DJ Ruckus jet to Miami to party with models Bella Hadid and Hailey Baldwin at world famous nightclub following their wedding in the Bahamas

Joined by the likes of fellow models Bella Hadid and Hailey Baldwin, the genetically-blessed duo partied until the break of dawn after flying into the city via private jet.

The publication reports that the Aussie catwalk queen and popular DJ arrived at the venue at around 2am and danced the night away.

They were given a warm welcome by the club where Ruckus often plays, with scantily-clad waitresses bringing over expensive Perrier-Jouët champagne to the happy duo and their group.

‘(They) were glowing as they walked in through a VIP entrance around 2 a.m. with a large group of friends and family,’ a source told Page Six. 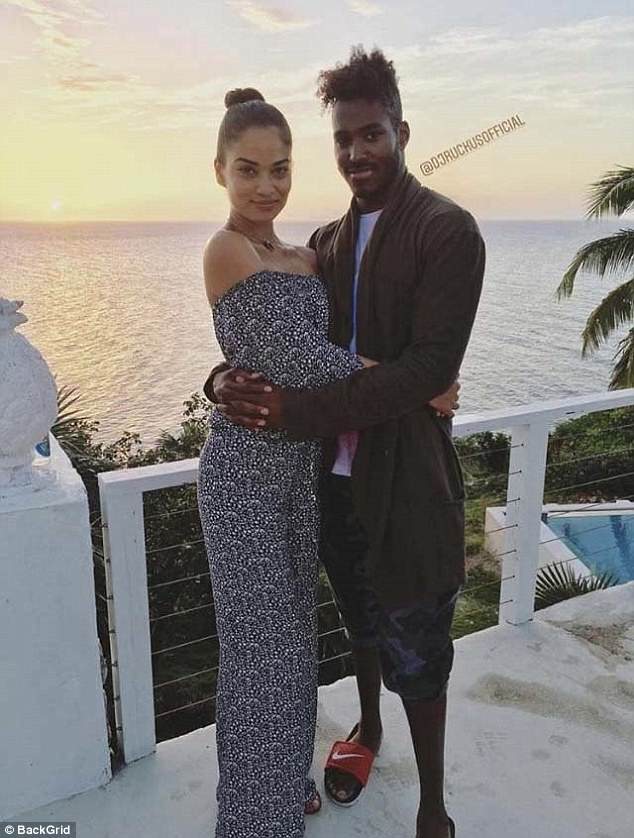 Just married! Shanina and Ruckus got hitched on Saturday at a ceremony in the Bahamas, more than two years getting engaged while holidaying in the archipelago

Indeed Shanina was, the exotic beauty looking absolutely stunning in a nude satin halterneck gown and her brunette locks in long tumbling curls.

Shanina and Ruckus got hitched on Saturday at a ceremony in the Bahamas, more than two years getting engaged while holidaying in the archipelago. 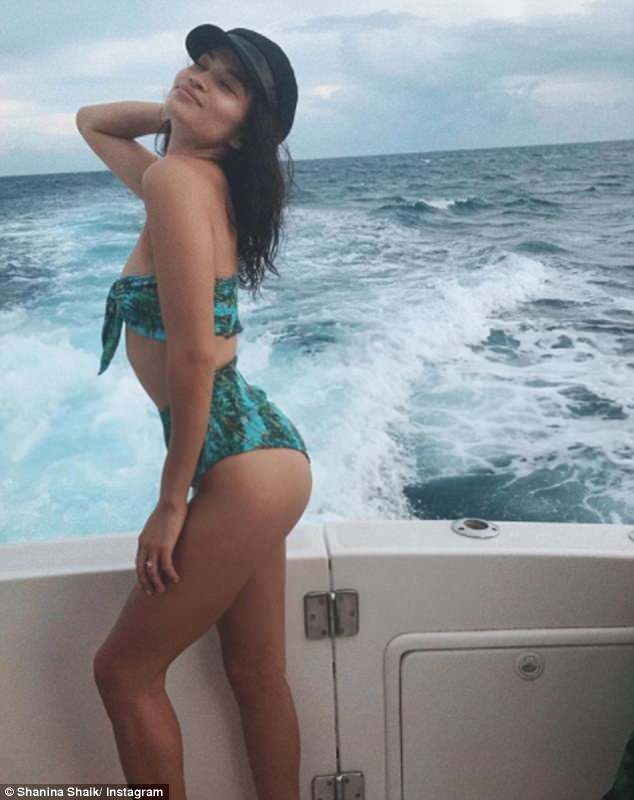 Exotic beauty! Shanina has modelled for the likes of Victoria’s Secret, Chanel and Tom Ford

Shanina’s friends learned about the nuptials around two months ago.

‘Wow the feeling has arrived! I’m getting married in two months,’ she is alleged to have written.

Last Friday, the 27-year-old posted an Instagram snap of herself standing beside a glistening blue ocean in a flowing, semi-sheer white dress.

The supermodel captioned the image: ‘To warmer places’.

Last Wednesday she dropped a major hint that she was tying the knot, sharing a photo of two private jets, alongside the caption ‘His & Hers’ followed by bride and groom emojis.

The pair may have travelled separately to avoid seeing one another before their wedding day. 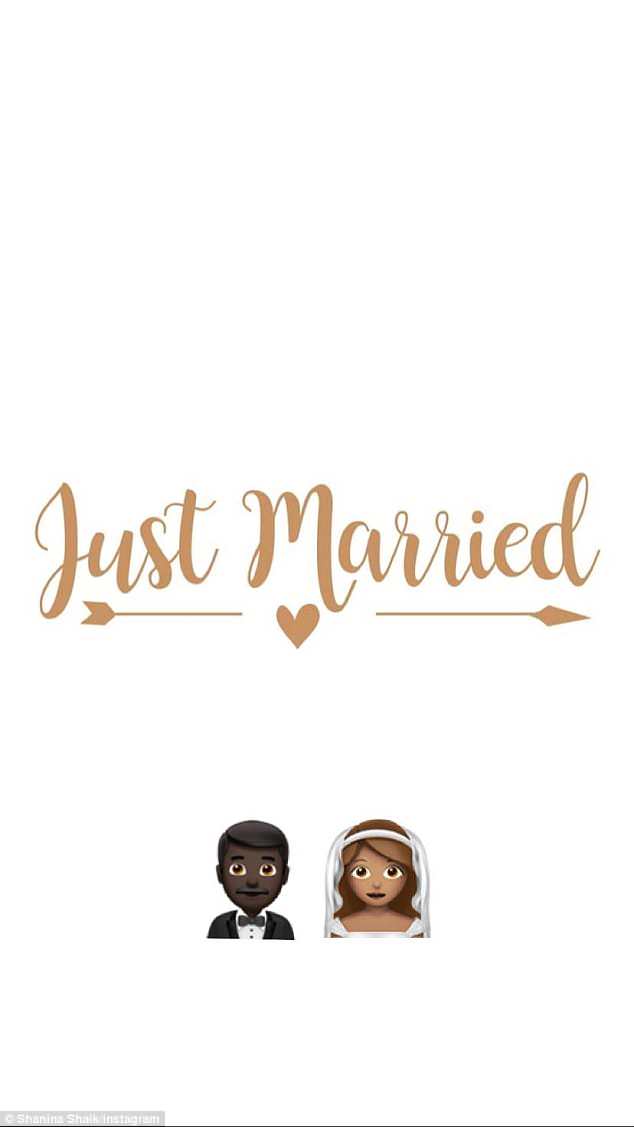 Cute! Shanina confirmed her nuptials with this sweet message on Instagram on Sunday