A young couple have been left devastated after discovering a legal catch in their lease which has left them unable to sell their house.

Newlyweds Nathan and Tasha Stewart were horrified to discover that their leasehold agreement has a clause which means the ground rent doubles every decade.

The pair bought the property built by housebuilders Taylor Wimpey in Lion Mills, a development in Soham, in 2014.

Newlyweds Nathan and Tasha Stewart were horrified to discover that their leasehold agreement has a clause which means the ground rent on their property in Soham, Cambridgeshire, doubles every decade

But when they tried to sell up in October last year, 27-year-old marketing manager Nathan came across the game-changing clause.

Because most mortgage companies won’t lend on this type of leasehold property, it is almost impossible for them to sell up.

Nathan and Tasha’s ground rent started at just £150 per year then doubled in January to £300.

If the couple stayed in their home until their 70s, their annual payment would rise to £9,600.

‘We put our detached coach house on the market in October 2017 and the sale was agreed at £175,000 pretty quickly,’ said Nathan.

‘Everything was going smoothly and we were ready to exchange contracts, but the buyer’s solicitor asked for a sales pack from the ground rent company and uncovered the clause.

‘The solicitor told us the majority of mortgage companies won’t lend on it, so I quickly contacted Taylor Wimpey to ask them to do something, because otherwise I would lose the four-bed semi we were buying.

Nathan said his conveyancing solicitor never told him about the ground rent clause when he bought the house four years ago.

‘Some people were quite unsympathetic and said we were idiots for not knowing, but our solicitor never told us about the ground rent,’ he said.

‘I’m not a legal professional so I’m not familiar with this kind of thing. I trusted our solicitor to lead us right. He never made us aware of it.

‘I want to make it clear that the people affected by this probably won’t have any legal knowledge, so they rely on the word of their solicitor.

‘I had previously been living in the house as a tenant and when my landlord decided to sell up in 2014 I said I wanted to buy it.

‘Countless numbers of people bought Taylor Wimpey houses and all got mortgages in the past, but now it is getting harder and harder to get mortgages on them and sell them.

‘I believe that now the issue has got a lot of press coverage, mortgage lenders are more aware of it and wary of lending.

‘If solicitors has been telling people about these clauses, Tasha and I – and thousands of others – wouldn’t be in this position, as we wouldn’t have bought the house.

‘They don’t care how this affects people because they’ve got their money.’

But things became much worse for the couple as developers began selling off the freeholds on the properties to investment companies.

‘I got in touch with Fairthatch to ask them to help, but they won’t change the leasehold terms – they own the land and can do whatever they want,’ said Nathan.

‘Taylor Wimpey sold the freehold to them to make more money because they are greedy. Doing this should be illegal – it’s completely unethical.

‘I feel they don’t care about how this affects people because they’ve got their money. They are sitting on a gold mine.

‘I thought they would back down and help me but they haven’t.’ 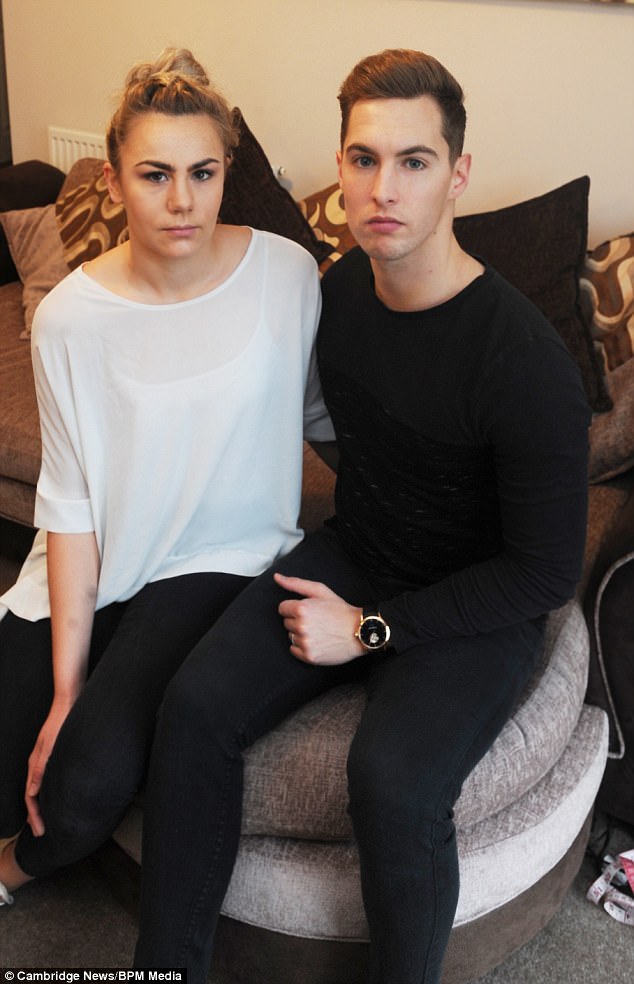 The couple came across the game-changing clause when they tried to sell up in October last year. If they stayed in their home until their 70s, their annual payment would rise to £9,600

Nathan is also concerned that many people living in the Lion Mills estate in Cambridgeshire are oblivious to the ground rent clause.

‘There must be hundreds of homeowners whose current property is unsellable,’ he said.

‘I don’t think anyone on our estate knows.’

Taylor Wimpey is currently building houses in Cambourne and has plans to build in the new town of Northstowe, bordering Longstanton.

‘Tasha and I got married last July and we wanted to move into a bigger family home and build our future together,’ said Nathan.

‘I can’t sell the house to anyone because mortgage companies won’t lend on it and I wouldn’t want to sell this problem on to anybody else.

‘Neither Tasha or I have any objection to paying ground rent, but what has left us and thousands of homeowners upset and angry is that the unethical doubling ground rent terms in the lease have meant selling our house is near impossible and that at no stage were we ever made aware such terms were in place or would cause such a scenario.

‘Homeowners like us who are looking to build family homes are now left helpless, being exploited by greed, with no solution or end in sight.

‘The Government needs to get their act together, our MP Lucy Fraser needs to step up and force the organisations involved to change their ways.’

And the couple are not the only ones who have been stung by the clause.

Katie Kendrick and Jo Derbyshire both bought Taylor Wimpey houses and were caught out by similar catches in their leasehold agreements.

They ended up founding the National Leasehold Campaign a year ago to raise awareness of the catastrophic consequences of taking on a lease with that clause. 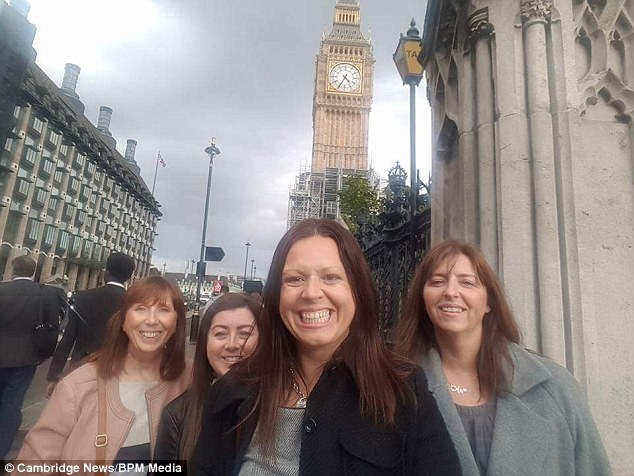 Katie Kendrick and Jo Derbyshire both bought Taylor Wimpey houses and were caught out by similar catches in their leasehold agreements. They founded the National Leasehold Campaign a year ago to raise awareness of the catastrophic consequences of taking on a lease with that clause, which Jo calls ‘the PPI of the property world, but much, much worse’

‘The issue for many is that they weren’t notified of their property’s doubling ground rent at the point of sale,’ said Katie.

‘This clause really started kicking off about 10 years ago, so most people are only starting to realise on receiving their latest bill.

‘Or, people find out when they try to move house and a solicitor breaks the news.

‘Lots of people have filed negligence claims against solicitors who failed to tell them about the clause when they bought their property, but it’s too soon to know what the outcome will be.

‘For companies that buy these kinds of freeholds from developers, it’s a license to print money.

‘They buy an incredibly lucrative product, which is this doubling ground rent.

‘Taylor Wimpey are now trying to be the ‘good guys’ by claiming they’ve ‘set aside’ £130million to sort this out for people who bought homes off them.

‘It’s called the Taylor Wimpey Ground Rent Review Assistance Scheme and they came out with it in May last year.’

Jo added: ‘Leasehold has been around for a long time, so it was never seen as something that would cause any problems.

‘It has only been in the last 10 to 20 years that this new type of leasehold with onerous ground rents and horrible permission fees was drummed up.’

Katie and Jo say the scheme offered by Taylor Wimpey does little to help people shocked to discover the clause because the company waits for them to get in touch. 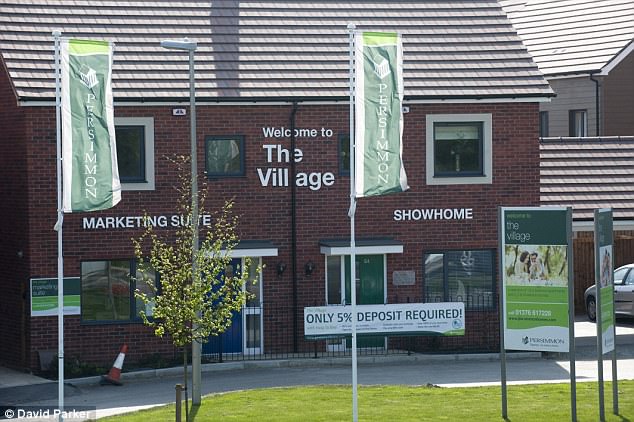 Furthermore, the scheme only applies to people who bought their home directly from the company, leaving people like Nathan and Tasha out in the cold.

Some companies that own the freehold will allow tenants to buy it off them, but this costs thousands.

Katie and Joe say there is a loophole in this deal which means you may be charged ‘permission fees’ if you want to make home improvements.

‘We want the select committee to call these developers into the Commons to answer their questions about why this happened,’ said Katie.

‘The National Leasehold Campaign is looking to take a ‘super complaint’ to the High Court.

‘Thousands of people feel they have been mis-sold their homes. There is no way people would have bought Taylor Wimpey properties if they’d known the full implications.

‘The clause means we are just tenants for the duration of the lease, then you hand everything back over to the freeholder when you move out.’

Jo added: ‘There is no easy way out of this. The only way to get rid of the contractual obligations imposed by Taylor Wimpey or the new freeholder is to get a very good solicitor who will argue it out with them, or to go to tribunal.

‘Both ways are costly and there is no guarantee you will win.

‘The truth is Taylor Wimpey have created an incredibly valuable commodity out of our homes to sell on to investors.

‘The John Lewis Pension Partnership Scheme is a significant investor in the scheme.

‘It’s like the PPI of the property world, but much, much worse.

‘Taylor Wimpey are now advertising their houses as freehold.

‘When you look at the way the deal is structured, Taylor Wimpey are actually selling the land and the house separately in two bits.

‘The contract says the buyer still has to pay permission fees, so it is kind of like being a leaseholder just without paying ground rent.

‘You still have to pay permission fees if you want to do anything to your house.

‘Leasehold is a horror story now. You are not buying a property, you are buying the right to live in the property for the term of the lease.’ 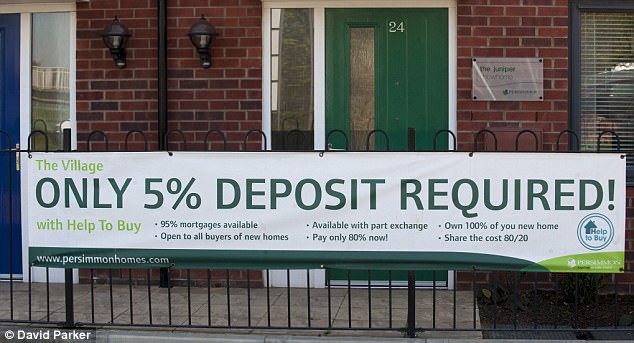 A spokeswoman for Taylor Wimpey said they have reached agreements with freeholders to enable the majority of customers living under the unattractive clause to convert their ground rent terms to an RPI-based structure, making the ground rents much more affordable

A spokeswoman for Taylor Wimpey said: ‘Last year Taylor Wimpey announced a voluntary scheme specifically aimed at addressing concerns raised by some of our direct customers regarding how easy it is to sell or get a mortgage on properties with a 10-year doubling ground rent clause.

‘We have now reached agreements with freeholders to enable the significant majority of our customers with a 10-year doubling lease to convert their ground rent terms to an RPI-based structure, should the customer wish to do so.

‘These agreements address concerns about the saleability and mortgageability of these properties – by making the ground rents much more affordable.

‘Similar to all major housebuilders, on developments where homes are sold on a leasehold basis, Taylor Wimpey has always sold its underlying freehold interests.

‘This is because the administrative structures needed to manage a portfolio of freehold interests are very different to a housebuilder’s core business.’