Tom Brady’s former backup, Jimmy Garoppolo, also appears to be following his lead when it comes to relationships.

Boston model Alexandra King has revealed that she is dating the San Francisco 49ers’ franchise quarterback with a cute picture of the two of them celebrating Valentine’s Day.

‘My Valentine [flower]’, she posted alongside a picture of herself and Garoppolo on Instagram.

While Alexandra King (right) has gone public with her relationship with Jimmy Garoppolo on Instagram, there is no mention of it on his official account 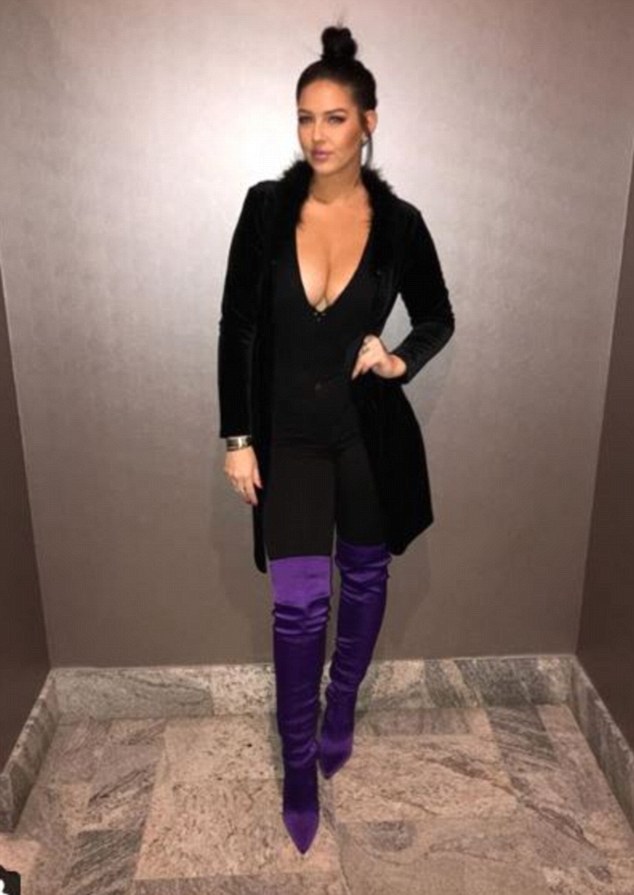 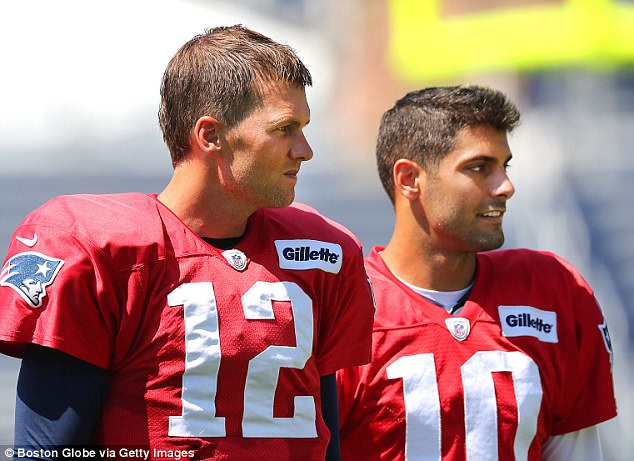 Last month Garoppolo signed a record-breaking five-year-contract with the 49ers for an eye watering $137.5 million.

Garoppolo, 26, was acquired from the Patriots in October for a second-round pick. His new deal is guaranteed for $74 million and will make Garoppolo the highest-paid player in the NFL next season.

He took over the starting job three weeks after being dealt and went on to complete 67.4 percent of his passes for 1,560 yards, seven touchdowns and five interceptions in five starts – all victories.

In fact, Garoppolo is undefeated as a starter, having previously won two games in place of Brady during his ‘Deflategate’ suspension in 2016.

An insider told blog Sports Gossip  that Garoppolo and King were an item long before he made the move west. 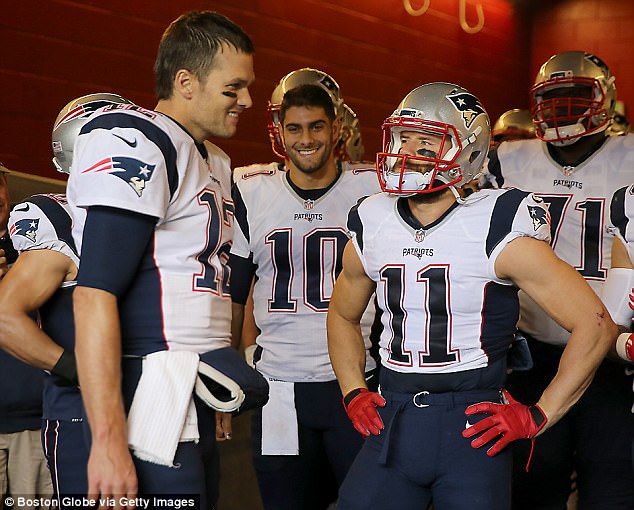 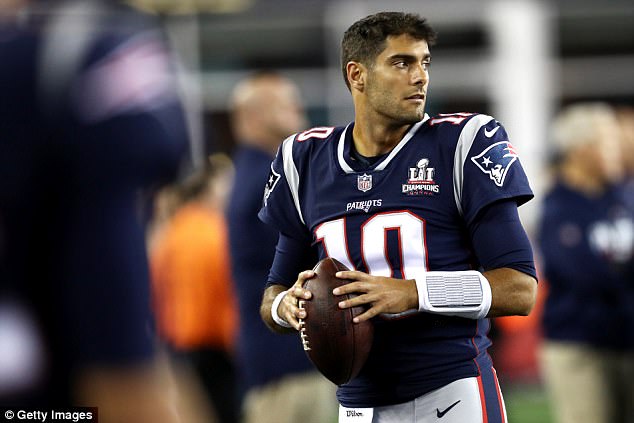 Face of the future: The San Francisco 49ers locked Garoppolo in a record breaking contract 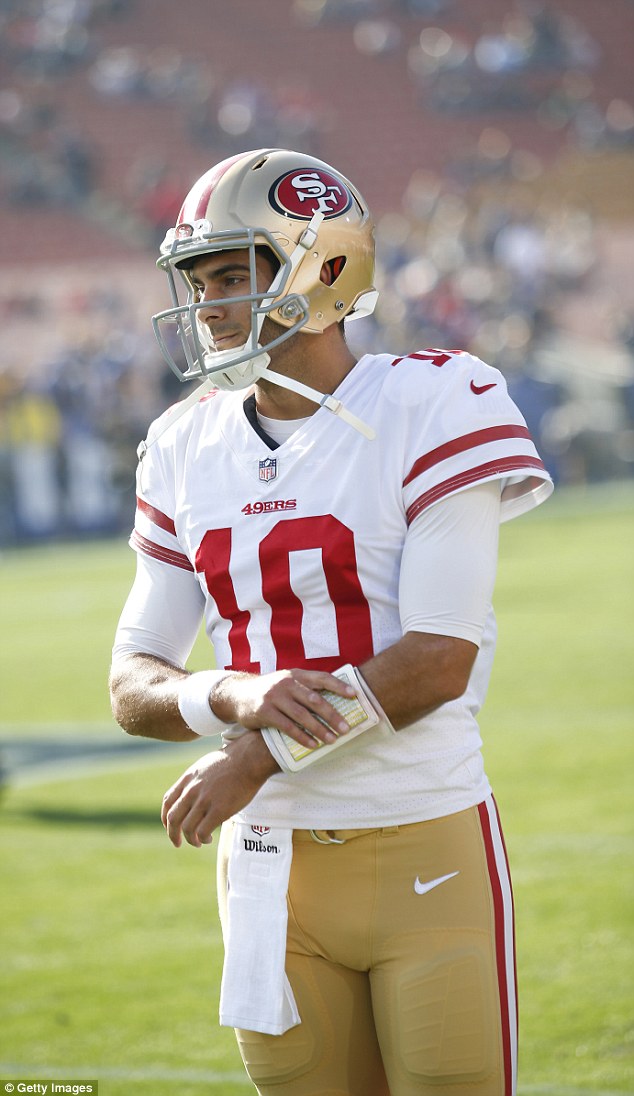 Jimmy Garoppolo against the Los Angeles Rams in December: So far Jimmy G is undefeated as a starter in the NFL

Unlike other NFL stars, Garoppolo has kept much of his private life off social media, with the exception of following King on Instagram.

While King’s online presence is not nearly as well known as Brady’s model wife Gisele Bündchen, she is adding to her handful of pictures on Instagram and is sure to attract more followers because of her connection to Garoppolo.

‘Waiting on the piece to complete me,’ King wrote in a poolside snap from last May.

‘Missing one thing,’ she posted in January.

The star – described as having ‘Hollywood good looks’ with a ‘blue collar upbringing in a tight knit Italian family in Illinois’ – comes with glowing commendations.

‘That’s what separates him from the wannabes and the average leaders. He’s had a stable and humbling family life.’

Garoppolo’s family is still deeply rooted in Illinois, his father Tony, an electrician, and his mom, Denise, is a cook.

In 2014 when he was drafted by the NFL, he took his entire family on their first trip to New York for the ceremony.