Nicola Sturgeon says Scots lockdown can loosen from next week

Nicola Sturgeon unveiled her own ‘road map’ out of lockdown today with households set to be allowed to mix in ‘small numbers’ in their gardens from next week.

The First minister said Scotland can take the first cautious steps towards easing the draconian curbs from May 28, suggesting the loosening will go further than has been implemented in England so far.

As long as the outbreak remains under control, outdoor exercise and some sports will be permitted, with people allowed to sit in parks and sunbathe.

There would also be a green light for households meeting up in their gardens, as long as only in ‘small numbers’ and observing social distancing rules – suggesting barbecues could be back on the agenda.

By contrast, in England you can only mix with one person from another household, and it must be in a public place rather than in gardens.

However, schools in Scotland will not start reopening until at least August 11 – after the summer break north of the border. Ms Sturgeon said it would be ‘a blended model of part time in-school and part time at-home learning’.

Ms Sturgeon told MSPs that the threat of a second wave is ‘very real’, but said she believed the crucial R virus reproduction rate had been below one for three weeks, even it was slightly higher in Scotland than elsewhere in the UK.

Nicola Sturgeon told MSPs that the threat of a second wave is ‘very real’, but said she believed the crucial R rate had been below one for three weeks 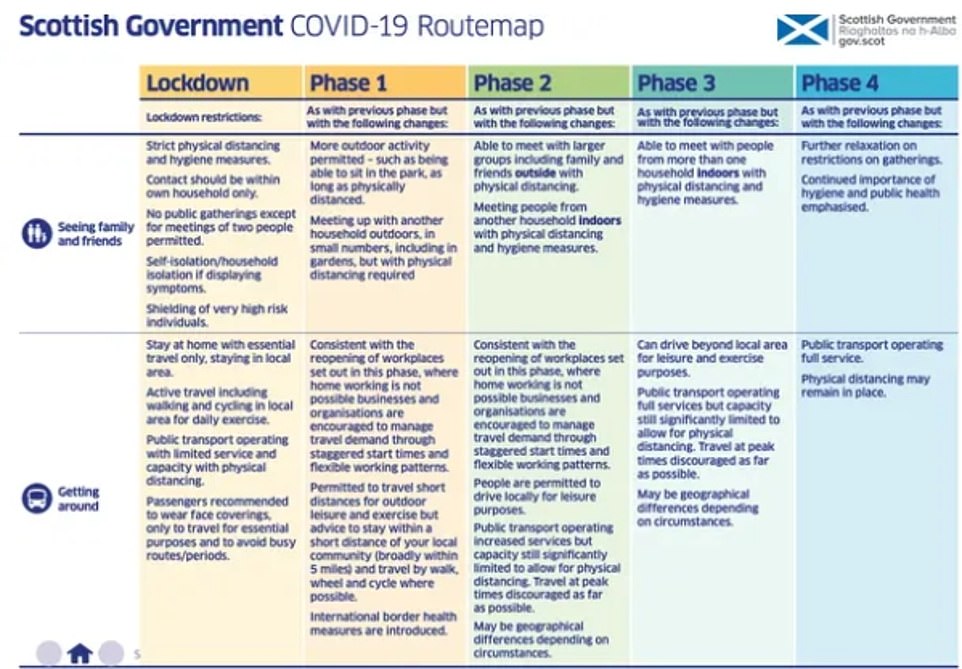 Ms Sturgeon said people ‘will be able to travel – preferably by walking or cycling – to a location near their local community for recreation’, but they should ‘stay within or close to their own local area’ if possible.

She said: ‘Waste and recycling services will resume, as will many outdoor businesses, such as agriculture and forestry.

‘The construction industry will be able to carefully implement steps one and two of its six-step restart plan which it has developed with us. However, let me be clear that there must be genuine partnership with trade unions – this can only be done if it is done safely.’

Ms Sturgeon said the under the new rules ‘you will be able to meet people from one other household, though initially in small numbers, while you are outside’.

She said she hoped the change would be reduce the misery for people without gardens, and those who live on their own.

‘However it is important to stress that different households should remain two metres apart from each other – that is critical in ensuring that this change doesn’t provide the virus with easy routes of transmission,’ she added.

The road map states that it will be permitted for ‘one household to meet up with another household outdoors, in small numbers, including in gardens’.

But it adds: ‘We expect no public gatherings except for meetings of two households and only outdoors and with physical distancing.’

Setting out the plan for restoring sports, Ms Sturgeon said: “Some non-contact outdoor leisure activities will be allowed to restart – such as golf, tennis, bowls and fishing – subject to appropriate hygiene and physical distancing.” .

Ms Sturgeon warned that the road map proposals ‘cannot be set in stone’.

She added: ‘We will conduct formal reviews at least every three weeks to assess if and to what extent we can move from one phase to the next, but we will be constantly alive to when we can go faster, or whether we have gone too far. 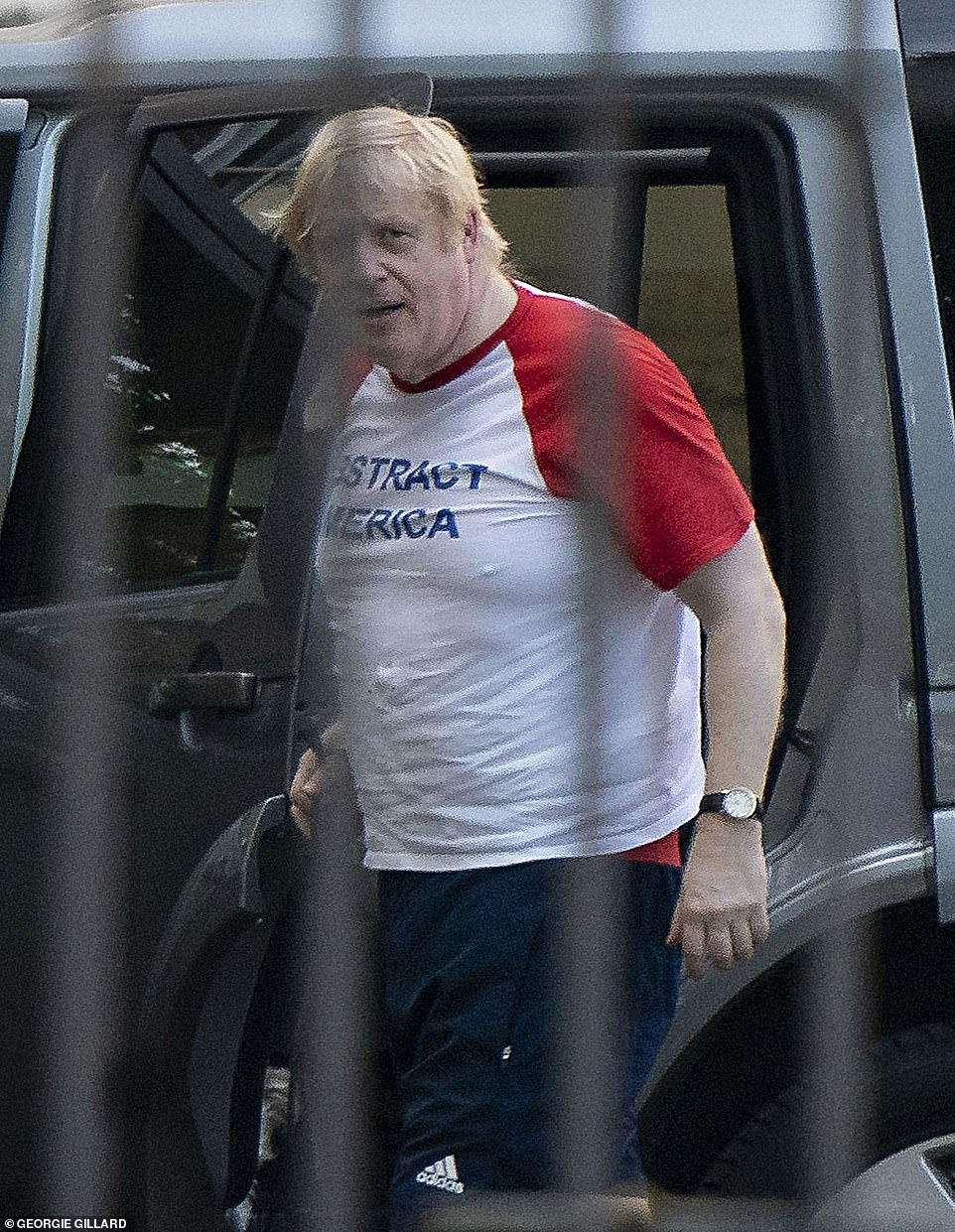 The loosening in Scotland goes further than announced by Boris Johnson (pictured in Downing Street today), with gardens off limits for different households in England

‘It may be that we can’t do everything in a particular phase at the same time. A single phase may span more than one review period. Some measures may be lifted earlier than planned, some later.’

The First Minister said that efforts to stem the spread of the virus have ‘had an impact’, with an estimate of 25,000 people believed to be infectious north of the border.

The latest estimate of the reproduction rate – or R number – for the virus, Ms Sturgeon told MSPs, remained between 0.7 and one and the number would be published every Thursday from now – which had been pushed for by opposition parties.

In March, the First Minister said, the R number was estimated to have been 4, meaning one person was infecting four others. When the R number is below 1 the rate of spread is limited.

She added: ‘The total number of Covid deaths – 351 last week alone – is still far too high.

‘And although we estimate that the R number is below 1, the range has not changed this week, and there is still uncertainty about just how far below 1 it is. It may also still be slightly above other parts of the UK.’