Brain surgeon Charlie Teo’s daughter allegedly drove on the wrong side of the road for 200m before she crashed her car into the founder of the Comanchero bikie gang, police say.

CCTV footage has emerged appearing to show Nicola Annabel Teo, 24, driving down the wrong side of the road in Lower Macdonald, in Sydney’s Hawkesbury region, about 3.30pm on Wednesday.

‘Police will allege that she was travelling on the wrong side of the road for some distance which resulted in a crash occurring,’ Detective Inspector Katie Orr said.

Speaking to reporters, the veteran crash investigator said police are investigating whether Miss Teo was on her phone at the time of the accident.

She also revealed a child – or a ‘juvenile’, in police-speak – was in the front seat of Miss Teo’s car at the time.

Ross, a 76-year-old grandfather and former ‘Supreme Commander’ of the Comancheros, was flown to Westmead Hospital in a coma with leg, head and internal injuries.

He was in a serious but stable condition this morning, and was expected to go into surgery.

CCTV stills have emerged of the moments before Nicola Teo allegedly hit the motorcyclist in Lower Macdonald, in the Hawkesbury region of Sydney. Picture: Nine News 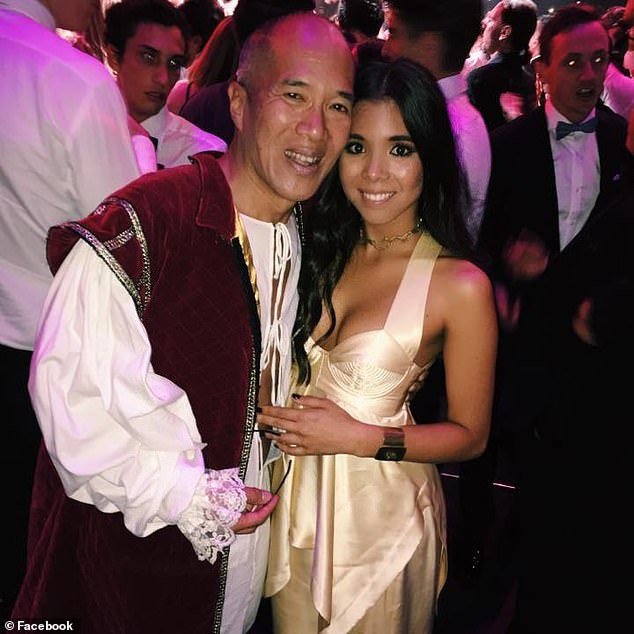 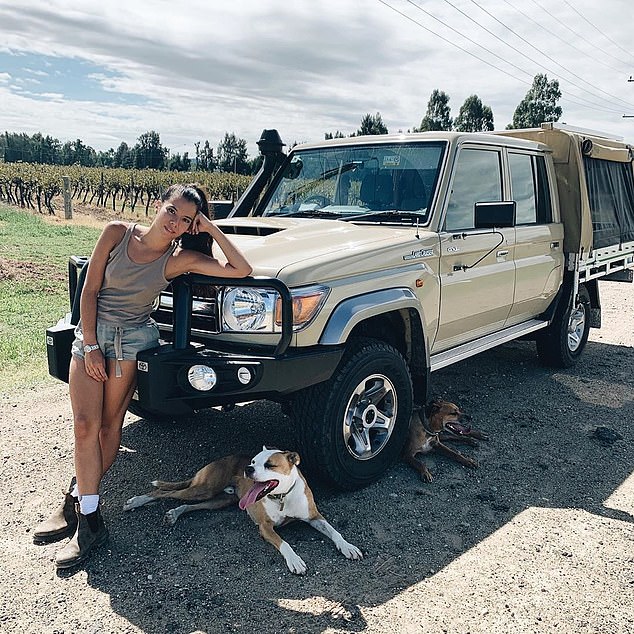 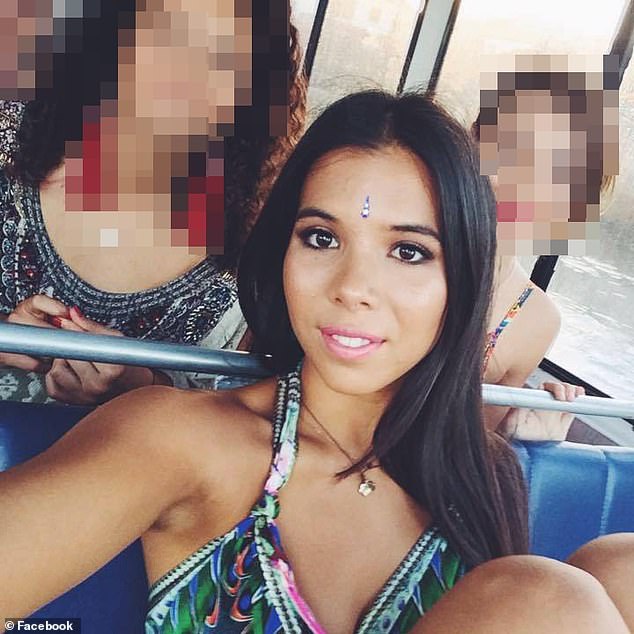 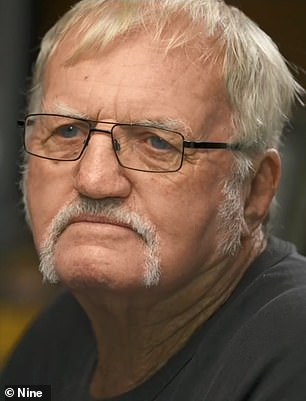 Daily Mail Australia understands she often takes the animals to the Hawkesbury for walks.

Pictures on her Instagram page show her posing with dogs alongside her cream 70-series Toyota LandCruiser ute.

After the crash, Miss Teo’s business posted to Instagram saying: ‘Hi all, sorry we are running a bit behind schedule.

‘Please let me know if you need your pup at home at a certain time.’

‘He wasn’t in a great way. He was treated at the scene by CareFlight doctors and intensive care paramedics and due to the seriousness of his condition he was placed into an induced coma and evacuated via helicopter to Westmead Hospital.’

Charlie Teo is one of Australia’s best neurosurgeons who has made headlines for prolonging the lives of cancer-suffering children – although his high private fees have caused controversy.

Speaking about his children in an interview last year, Dr Teo said: ‘My daughters have shown me how to be less selfish and self-centred.

‘They have an emotional intelligence that I didn’t develop at their age; some would say I still haven’t. Women and girls mature decades before men do.’

Dr Teo declined to comment on the crash, via a spokeswoman. 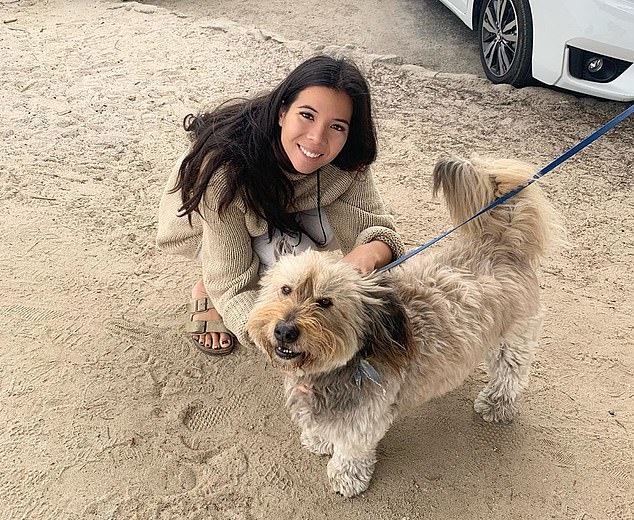 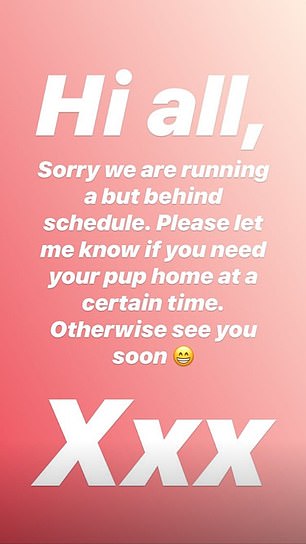 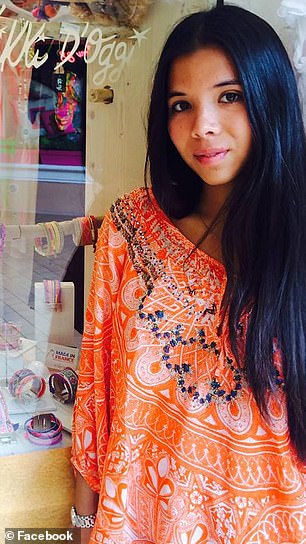 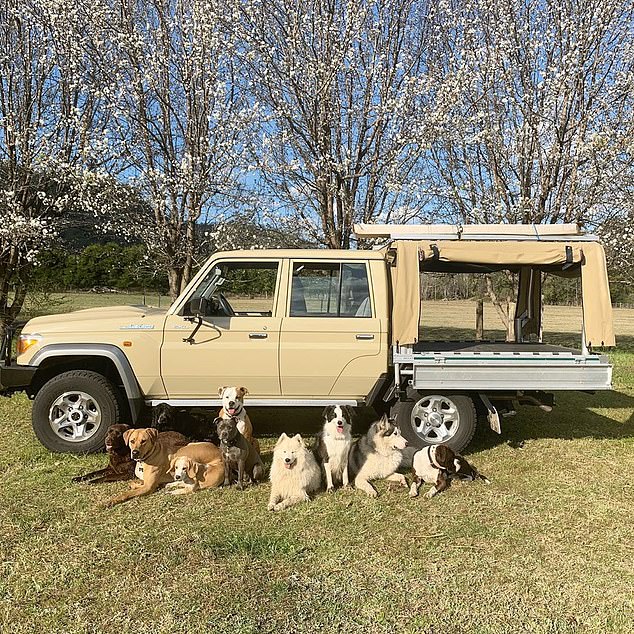 Daily Mail Australia understands Nicola Teo often takes the animals to the Hawkesbury, near where the crash happened. Pictured: Her car and some dogs in an Instagram photo 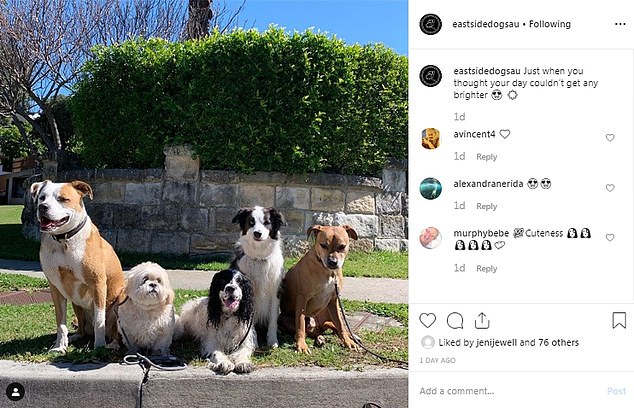 Hours before the crash, Miss Teo posted this photo on Instagram with the caption ‘just when you thought your day couldn’t get any brighter’

Ross, a Glasgow-born former soldier, founded the Comancheros on the New South Wales Central Coast with four other motorcycle enthusiasts on April 15, 1966.

Styled as the gang’s ‘supreme commander’, he led them into the 1984 Milperra Massacre, in which four of his men as well as two Bandidos and a 14-year-old girl died.

He took a gunshot to the head which gave him vision loss and a brain injury – but he survived.

Ross was jailed for murder in 1987 over his role instigating the massacre. He was released in 1992 after serving just five years.

Following the Milperra Massacre, Ross, who lives in Lower Macdonald, had maintained nominal control of the Comanchero for almost 20 years until a new breed of bikie arrived.

Rapid recruitment of Middle Eastern members in the late 1990s was splitting the gang. 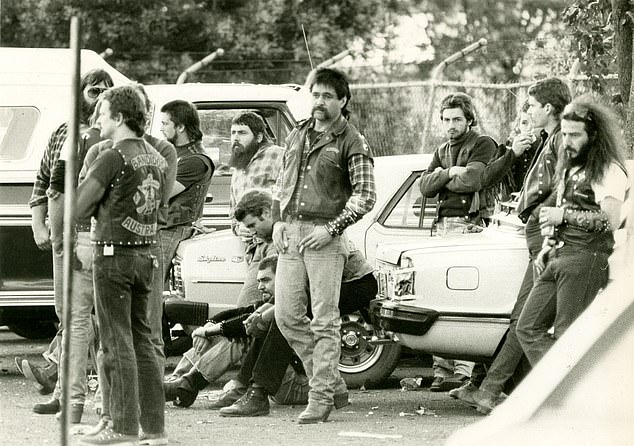 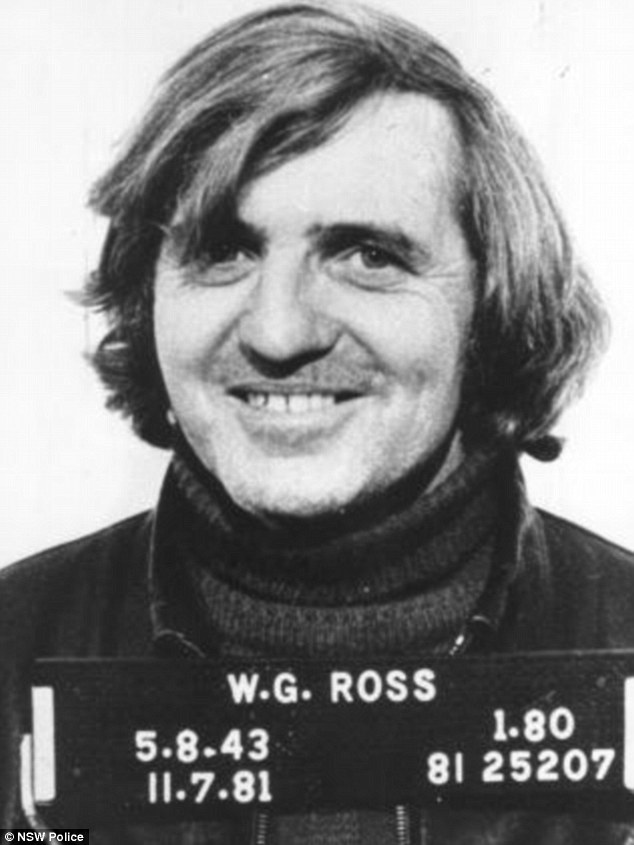 Ross was spending much of his time in retirement on the Central Coast near Mangrove Mountain when a group of the new brigade, including Mahmoud ‘Mick’ Hawi, who was shot dead last year, drove up to visit about 2002.

‘Ross was unsuspecting and outnumbered and the discussion was quick and violent,’ McNab wrote. ‘The Comancheros, led by Mick Hawi, delivered a comprehensive beating to the much older leader.

Since he was ousted, Ross, a grandfather of 12, has been captain of his local Rural Fire Service. 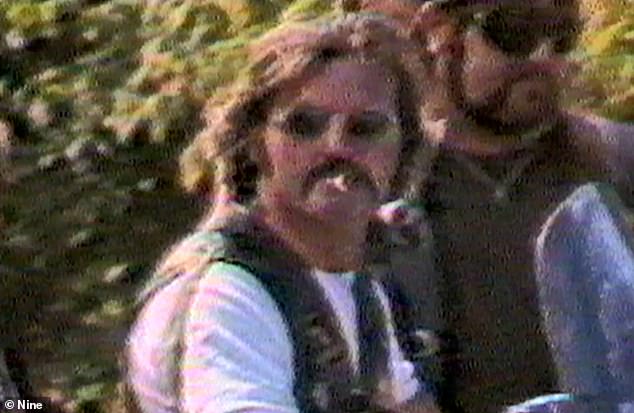 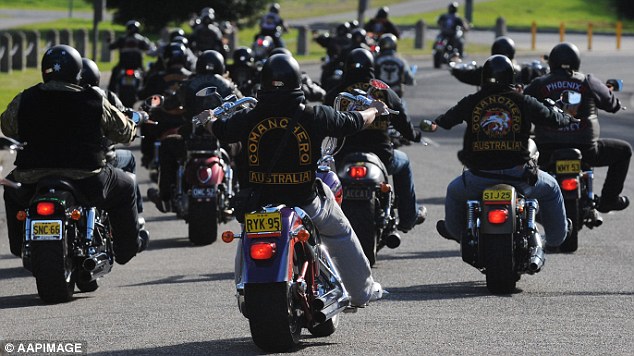