A nightclub has asked partygoers to send in their best mumps photos for a chance to win £100 of clothing vouchers.

Oops Newcastle is offering the prize because a large number of mumps cases  is sweeping the city.

In adults, the disease can cause a range of serious conditions and can even result in potentially fatal meningitis.

The competition has resulted in a series of ‘before and after’ pictures which most viewers have found hilarious.

But the club night itself admitted it was important to be vaccinated against the disease, incidents of which have risen as a result of fewer people getting the MMR vaccine. 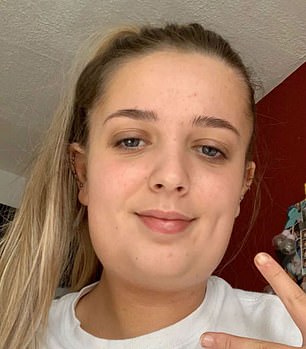 Oops Newcastle is offering £100-worth of fashion vouchers to the winner. A number of people sent in their before and after photos (pictured)

Oops Newcastle posted on Sunday: ‘Some of the photos I’ve seen of people with Mumps are mental.

‘Maybe I should give out some prizes for the best mumps faces to make up for missing out on a couple of weeks of life as you’ve been sick?’

They followed it with another which read: ‘We need to do like before/after. So like a normal photo then compared to your mumps head.

‘Best one I’ll give you £100 voucher for like ASOS or something. And I’ll do some other prizes. Seen as you have been through the wars and that.’

Artur Lebed from Port Ellesmere, Cheshire had his photos sent in by a pal.

The images show the 23-year-old normally, compared to a photo of his severely swollen neck and face. 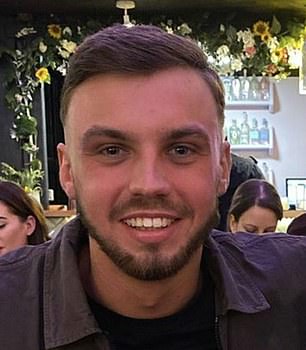 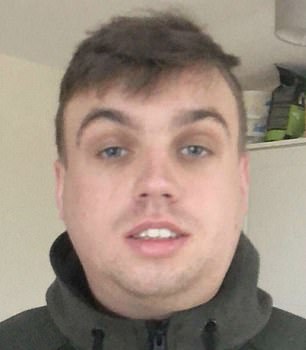 The competition has resulted in a series of ‘before and after’ pictures which most viewers have found hilarious.

Kim Bussey, 24, shared images of her looking like ‘Mr Potato Head’ after contracting the mumps virus.

Speaking today, she said: ‘I can’t believe I didn’t win. My mum forgot to take me to my second immunisations, but I got it once my mumps went last year.

‘I still suffer with sore glands, but the effect can take years to go. My memory has been affected by it too. Christmas this year gave me the look back.’

Joss Walmsley, 21, from Derby also shared his snaps with the caption: ‘Having the time of my life.’

Speaking today, he said: ‘I got it 6 months ago. I went to the doctors and firstly they said it was an ear infection, and then my mum started to get a lump on her neck.

‘I went back to the doctors and I said I may have mumps, but they was reluctant to admit it was mumps, a further 2 of my friends got it! 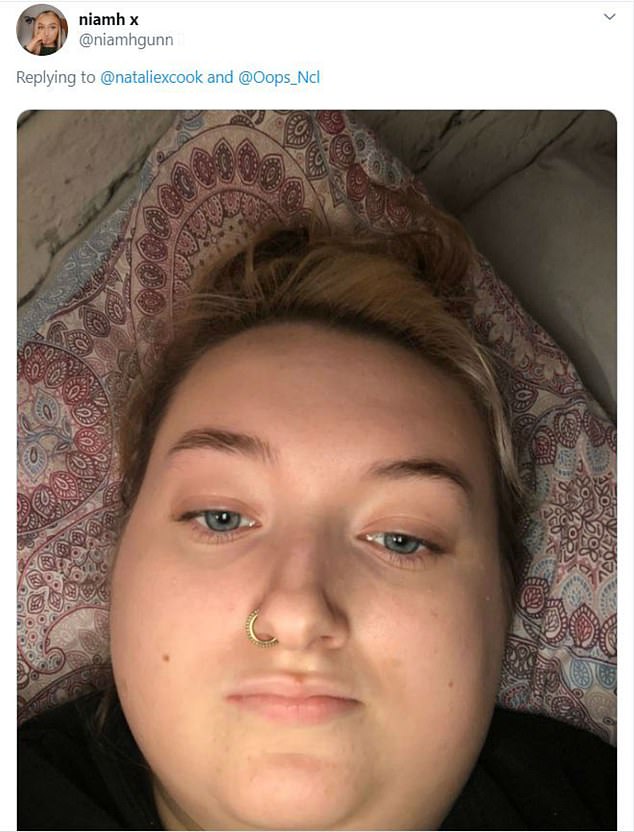 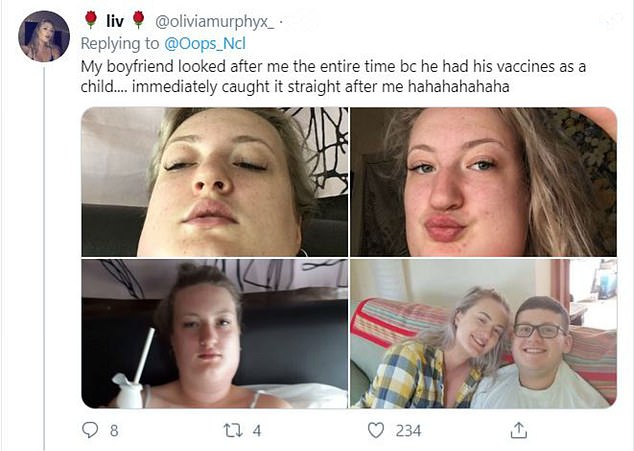 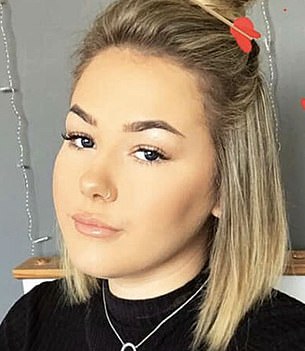 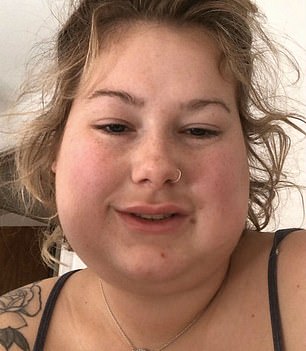 After receiving more than a thousand replies, the club conceded that people needed to get vaccinated against the mumps

‘It lasted about three to four weeks. There is no cure for mumps, which I think is ridiculous how much technology and resources we have nowadays.’

After receiving more than a thousand replies, the club seemed to concede to the very real threat.

They posted: ‘I think it’s safe to say that we all need to get vaccinated against mumps so we don’t look like that fat Snapchat filter.’

A spokesman for Oops Newcastle, which is based at Greys Club, said: ‘I just put it up for a laugh. I know it can be serious if you don’t get medical treatment but everyone in Newcastle got sorted quite quickly. 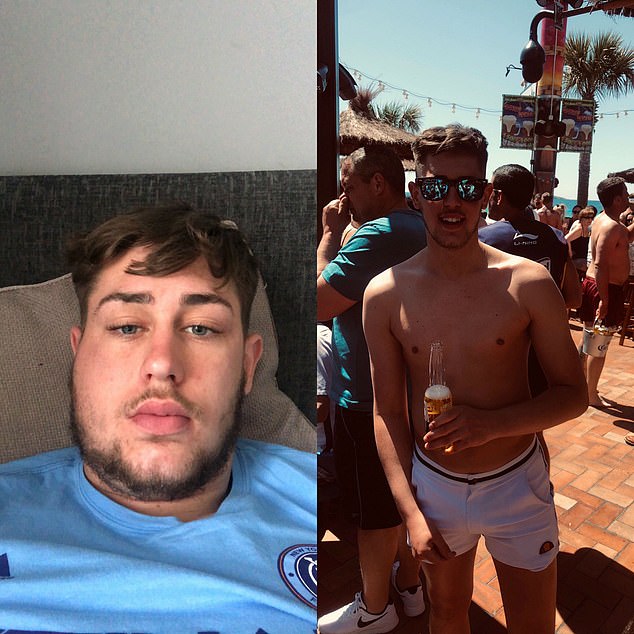 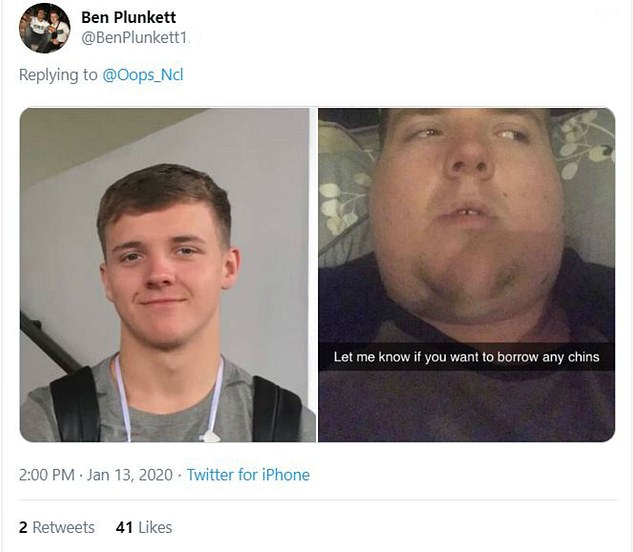 ‘I was being sent these photos by people who come to my club night and I just thought I would turn it in to a competition. It was just a joke.’

Mumps is a serious illness that can have potentially life threatening complications.

According to the NHS website: ‘Mumps can lead to viral meningitis if the virus moves into the outer layer of the brain.

‘Other complications include swelling of the testicles or ovaries (if the affected person has gone through puberty).’

Mumps can be prevented through the MMR childhood vaccination, which provides 95% immunity.

There is currently no cure for the disease and 2018 saw 1088 confirmed cases in England and Wales alone.

Mumps is a viral infection which spreads in the same way as colds and flu – mostly through the saliva of people who are infected.

Around two thirds of patients develop symptoms and they may take 14 to 25 days to develop after someone is exposed to the virus.

The most common symptom is swelling of the parotid glands (saliva glands) at the side of the face, and people may also suffer from fever, headache, feeling sick, joint pain, and a loss of appetite.

People concerned they might have mumps should see a doctor because the symptoms can be similar to other serious infections such as tonsillitis or glandular fever and, if it is confirmed to be mumps, patients should avoid spreading it.

Many people in the UK are likely to be immune to mumps because it is included in the MMR vaccine, which most people are given when they’re children.

Although most people recover from mumps without any serious side effects, the virus can lead to complications including swelling of the pancreas or liver, and even meningitis.

There is no cure for mumps and therapy relies on relieving its symptoms.