Ninja Warrior star reveals how an iron infusion helped her

She’s the fitness star that appeared on Channel 9’s hit television show, Australian Ninja Warrior, but Katie Williams has revealed she struggled with a deficiency that many women face.

The former professional sprinter told her almost 35,000 followers on Instagram that she was feeling unwell because her iron levels were very low.

‘Healthy? I think not… I’d say at this point in time (three years ago) I thought I was,’ said Katie in a post.

Although she looked the picture of health, Katie Williams says she was feeling dizzy and fatigued; and had cold hands and feet

‘But, my blood tests said differently. Severe low iron and low B12.’

‘Iron is an essential mineral that is involved in transporting oxygen throughout the body,’ added Katie.

‘Although I’m heavily in the health and fitness space, I neglected the messages my body was giving me’. 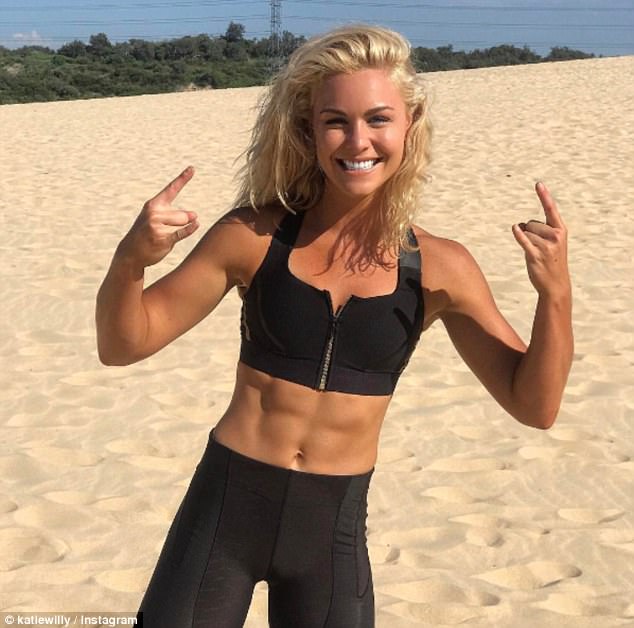 The former Australian Ninja Warrior opted for an iron infusion, which she says left her feeling like she had got her spark back

Despite looking super fit and healthy, Katie said she was finding it difficult to concentrate and suffering from cold hands, cold feet, dizziness and fatigue.

‘Although I didn’t do this on purpose my low iron stayed with me for nine years,’ she said.

‘With iron tablets not working for me anymore, I decided to get an iron infusion and I’ll never look back.’

An iron infusion, which is usually prescribed by a doctor, is a procedure in which iron is delivered to your body intravenously.

It is used to treat anaemia – a deficiency in the number or quality of red blood cells. Katie, who regularly shares her workouts on social media, wants other girls to get their iron levels checked

According to Katie it only took a few days before she noticed a major improvement.

‘Energy levels sky rocketed, mental clarity improved dramatically, more colour in my skin and generally felt like I’ve got my spark back,’ she said.

Katie, who is studying exercise physiology and personal training, encouraged others to get tested.

‘Girls – I urge you to get your iron checked. Your body will thank you for it. You could be the 1 in 12 women that are iron deficient,’ she said.