By Harriet Line For The Daily Mail

Downing Street climbed down on waiting list targets after the NHS forecast they will hit 10million, it emerged last night.

But in the worst scenario, they could peak at 10.7million in 2024 and fall to 10.3million the following year.

Downing Street climbed down on waiting list targets after the NHS forecast they will hit 10million, it emerged last night (file photo used)

Ministers admitted this week that NHS waiting lists will grow for two more years despite the huge tax rise in April.

Yet year-long waits for surgery will not be eliminated until after the next general election.

Last night The Spectator published figures showing the predicted scale of the backlog on which the Government’s ‘elective recovery plan’ to address it was based.

Before the pandemic, NHS waiting lists stood at 4.4million.

This has risen to six million because operations have been postponed.

But even optimistic scenarios show the total will hit 9.2million in two years, The Spectator said. 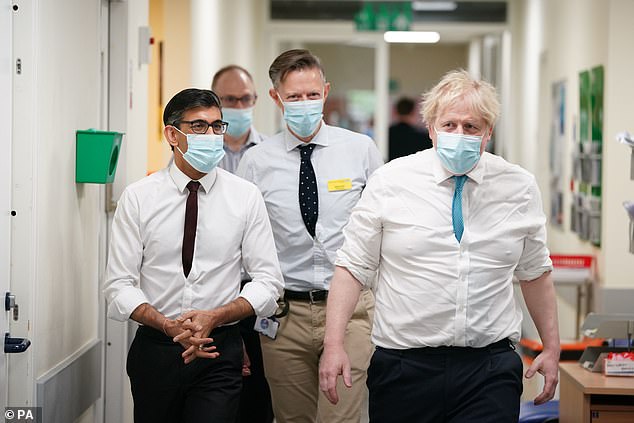 The Department of Health had previously modelled that an £8billion cash injection should reduce waiting lists to 5.5million by 2025.

Tory MP Craig Mackinlay said last night: ‘The amount of money going into the NHS is beyond description – it’s not a funding issue any more. The NHS has got to work very smart, very quickly…to get these numbers down.’

A Government source said last night ministers had set ‘a really ambitious, really tough target that is going to be held to account’.

The NHS said: ‘As set out by the Government, the NHS committed to using additional funding made available to address the impact of Covid to increase elective activity by around 30 per cent.’