North Korea has continued to develop its nuclear missiles, despite pledging to ditch the weapons programme earlier this year – it has been revealed.

The hermit kingdom is said to have conducted a missile-linked radio wave experiment earlier this month after signals were picked up which are known to have been emitted from warhead equipment – according to the Japan News.

Leader Kim Jong-un declared an end to missile launches earlier this year after a crunch summit with US President Donald Trump in Singapore in June.

Electronic signals from an ICBM were picked up earlier this month, according to reports Pictured: An ICBM being launched by the North back in May 2017 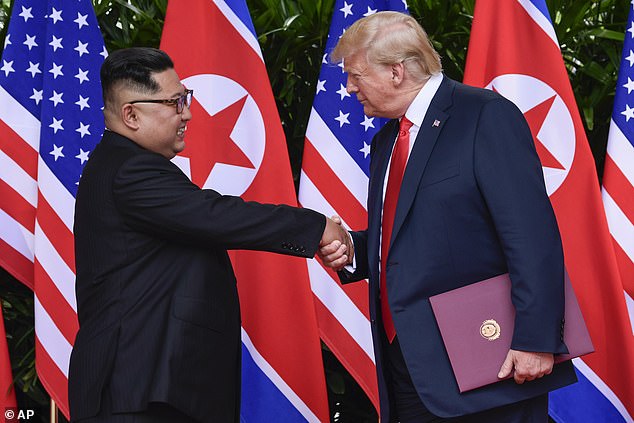 The news comes as Kim Jong-un sent a letter to South Korean President Moon Jae-in on Sunday calling for more peace talks between the leaders in the new year following their active engagement in 2018, South Korea’s presidential office said.

Moon’s office said Kim also expressed regret that he couldn’t make a planned visit to Seoul, South Korea’s capital, by the end of December as pledged by the leaders during their last summit in September in Pyongyang, the North Korean capital. The Blue House didn’t fully disclose Kim’s letter.

Moon later thanked Kim for his ‘warm’ letter in a tweeted message and said without elaborating that Kim expressed strong willingness to carry out the agreements he made this year during a series of inter-Korean summits and a historic June meeting with President Donald Trump.

‘There will still be a lot of difficulties ahead,’ Moon said in his message. ‘However, our hearts will become more open if we put in that much effort. There’s no change in our heart about welcoming Chairman Kim (to the South).’

The tweet also included a photo that showed a ruby-colored folder emblazoned with the seal of Pyongyang’s powerful State Affairs Commission and the top part of Kim’s letter, which started with: ‘Dear your excellency President Moon Jae-in. Our meeting in Pyongyang feels like yesterday but about 100 days have already passed and now we are at the close of an unforgettable 2018.’ 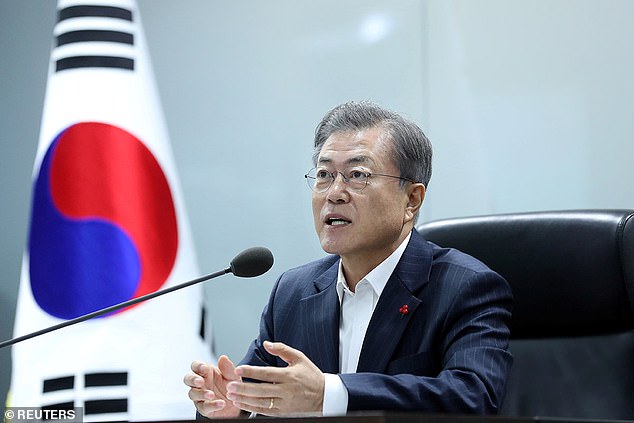 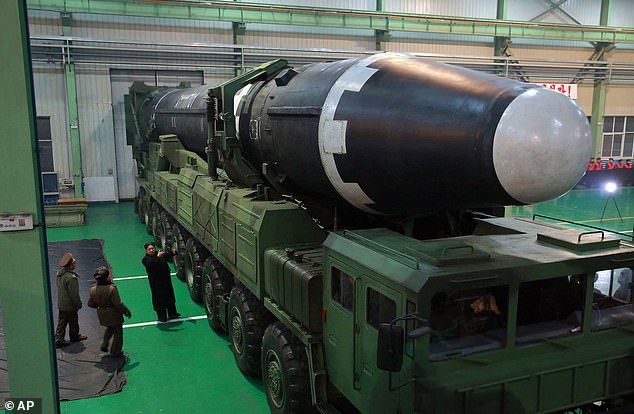 Through three summits between Moon and Kim this year, the Koreas agreed to a variety of goodwill gestures and vowed to resume economic cooperation when possible, voicing optimism that international sanctions could end to allow such activity.

The rivals have also taken steps to reduce their conventional military threat, such as removing mines and firearms from the border village of Panmunjom, destroying some front-line guard posts and creating buffer zones along their land and sea boundaries and a no-fly zone above the border.

‘Chairman Kim said that the leaders by meeting three times in a single year and implementing bold measures to overcome the long period of conflict lifted our (Korean) nation from military tension and war fears,’ Kim Eui-kyeom, Moon’s spokesman, said in a televised briefing. 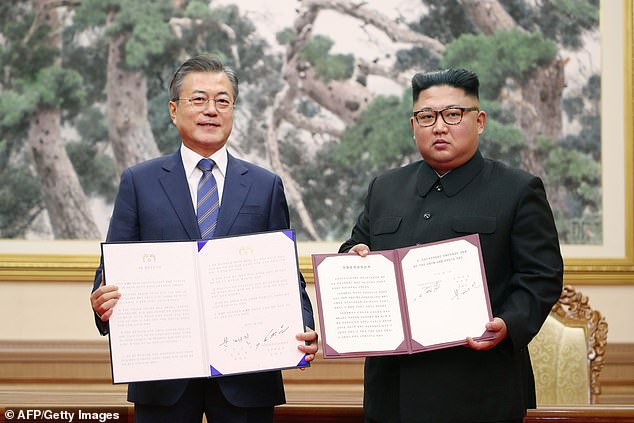 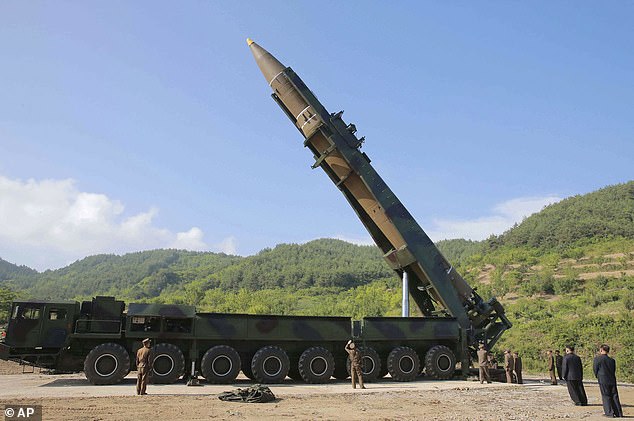 Kim, second from right, inspects the preparation of the launch of a Hwasong-14 ICBM

Moon’s office did not reveal how Kim Jong Un’s letter was delivered or whether he made any comments about his planned second summit with Trump in 2019.

The letter comes days before Kim is expected to address North Koreans in a New Year’s speech that North Korean leaders traditionally use to announce major policy decisions and goals.

Post-summit nuclear talks between Washington and Pyongyang quickly settled into a stalemate as the countries struggled between the sequencing of the North’s disarmament and the removal of U.S.-led international sanctions against the North. There continue to be doubts about whether Kim will ever voluntarily relinquish his nukes, which he may see as his strongest guarantee of survival.

Kim and Trump are trying to arrange a second summit in early 2019.