Novak Djokovic cruises through to the fourth round of Wimbledon after beating his fellow Serbian and friend Miomir Kecmanovic in straight sets on Centre Court, but he insists ‘I know I can always do better’

Novak Djokovic booked his place in the fourth round at Wimbledon and a meeting with the unknown.

The defending champion and number one seed beat fellow Serbian Miomir Kecmanovic 6-0 6-3 6-4 for his 35th straight win on Centre Court.

Djokovic is no stranger to the last 16 at the All England Club, having now reached that stage for the 13th time. 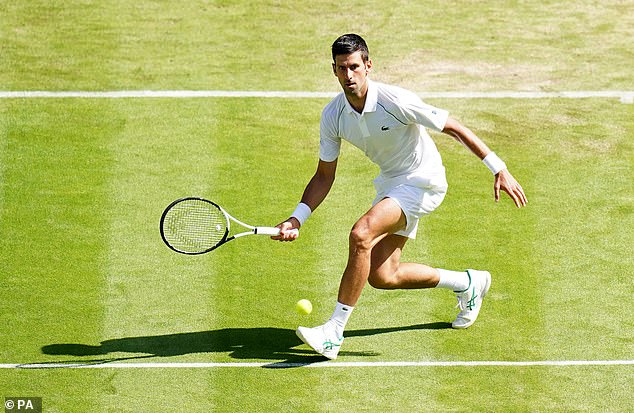 But he has never before met Dutch wild card Tim van Rijthoven, the breakout star of the summer in the men’s draw.

Djokovic had little trouble dispatching his friend and countryman until he served for the set at 5-2 and was promptly broken.

So the 35-year-old, seeking a seventh SW19 title, cut an irritated figure as he served out the match at the second attempt. 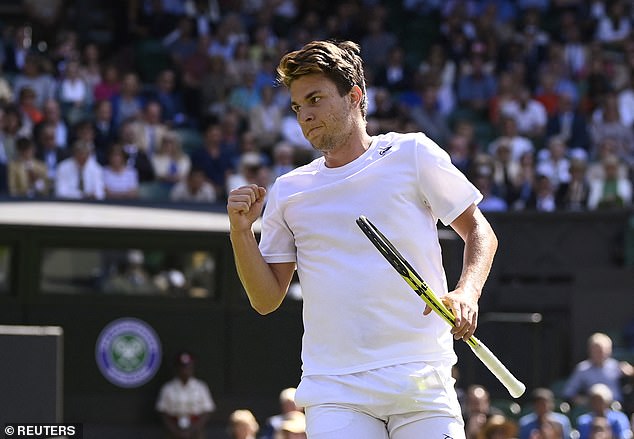 ‘Honestly I think I have been playing better and better as the tournament progresses which is something you always wish for,’ he said.

‘You want to raise the level of tennis up a notch each match, so that’s what’s happening.

‘I know I can always do better and I always expect the highest from myself. But so far so good and I look forward to the next round.’ 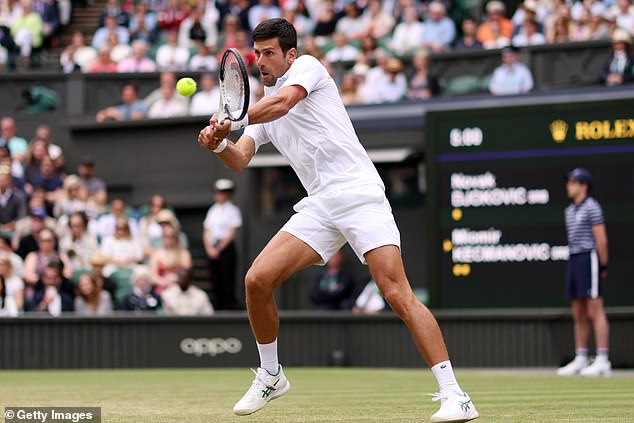 Djokovic will next take on Dutch wild card Tim van Rijthoven, who he has never played before

Bublik had the crowd on Court Two in stitches as he saved three break points and even won the game, albeit to trail 1-3 in the fourth set.

His antics prompted Nick Kyrgios, the master of the underarm serve, to tweet: ‘I love it, it’s different.

‘But if it was me, I would be accused of tanking and get fined a minimum of 15 thousand pounds.’