Burglary victims should no longer expect the police to come to their homes, one of the country’s most senior officers said yesterday.

Chief Constable Sara Thornton, the £252,000-a-year head of the National Police Chiefs’ Council, said public expectations had to change in the light of budget cuts.

Forces needed to shift their focus away from ‘traditional’ crimes, she said – admitting that officers might not call round for offences such as an iPad being stolen by intruders.

‘Crime is changing in this country,’ she said. ‘There are a lot less burglaries than there used to be and a lot less car crime.

‘The sorts of crimes that are on the increase, sexual offences, concerns about terrorism, cyber crime, that’s where we really need to focus. We need to move from reacting to those traditional crimes to thinking about focusing on threat and harm and risk and really protecting the public.’

Mrs Thornton’s comments reflect the growing mood among police chiefs that ‘something has to give’ among frontline policing.

Many feel that spending cuts have left them struggling to provide the services millions of people expect, although crime is at a record low. But critics warned that the impact of a burglary remains ‘devastating’ and victims need long-term reassurance and support.

Above all, they said, those who have suffered at the hands of thieves want to know police are determined to catch those responsible.

Speaking to the BBC, former Thames Valley Police chief Mrs Thornton said: ‘What we are saying is if we are really serious about putting a lot of effort and resource into protecting children for example, that might mean that if you’ve had a burglary and the burglar has fled, that we won’t get there as quickly as we’ve got there in the past.

‘Of course we will still want to gather evidence, but we might do it in different ways.’

Pressed on whether an officer will always attend a burglary victim’s home, she said: ‘Our budgets have been cut 25 per cent over the last four years.

‘We are anticipating those sorts of cuts again. Over ten years we will have lost about 70,000 posts and I don’t think it’s possible for us to carry on doing what we’ve always done.

‘Because we will just fail the public but also we will cause unacceptable stress among our officers and staff. I think in terms of the threat to children from sexual offences, from sexual abuse, from online abuse, I think that’s what we’ve got to prioritise.’

Chief constables will pay close attention to the comments by Mrs Thornton, the head of the organisation that replaced the Association of Chief Police Officers (ACPO). 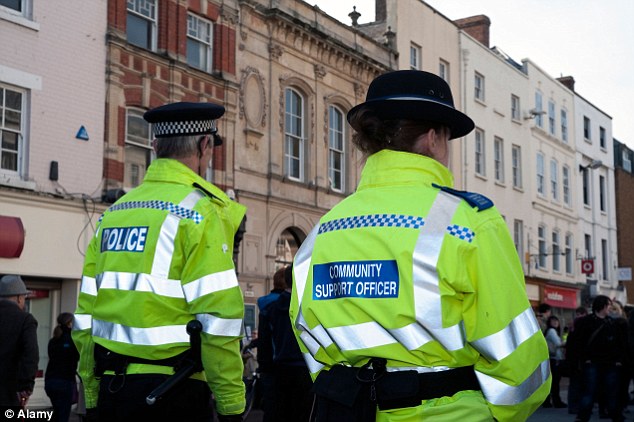 She will be at the vanguard of police reform over the next few years amid simmering tension among police chiefs, who are under pressure to continue traditional beat policing while tackling new threats from cyber crime to child slavery.

They are braced for more difficult years as the Government holds a tight rein on budgets and the numbers of officers and staff fall.

But Lucy Hastings, of Victim Support, said burglary victims deserve the highest levels of service from police. She said: ‘Victims tell us that they suffer far more than lost possessions when their home is burgled.

‘There can be a lasting effect on the whole family and victims often feel violated as their home is no longer a safe haven. It’s so important that all victims have access to the practical help and emotional support they may need to cope and recover from crime.’

Criminologist Liz Yardley, of Birmingham City University, said victims are being ‘lost’ in the row over police priorities.

She said: ‘Attending the scene of a burglary is significant for victims – it shows that someone actually cares about the burglary and that someone wants to take steps to catch the perpetrator.