Albino kangaroos are winning the survival of the fittest in drought-stricken New South Wales as their main predators struggle through the dry weather.

The ABC has received reports of an increase in sightings of the white kangaroos despite the breed having genetic vision and hearing dispositions, which would usually make them vulnerable to other wildlife.

The long-term effect of Australia’s 5,614-kilometre dingo fence was also enabling the rare roos to escape from dingoes and wild dogs – their main predators.

Sightings of Albino kangaroos have increased as their predators feel pull of the drought.

‘Over a lengthy period of time we’ve pushed our top order predator here on the mainland up over the dog fence, and by doing that we’ve upset the balance a bit,’ University of Adelaide Marsupial Ecologist Dr David Taggart said.

‘Being drier at the moment some of the kangaroos might be more inclined to come in close to settled areas and so people might be observing more.’

Ben Strong, from the Wanaaring store and caravan park, shared an image of an albino kangaroo he spotted on his Facebook page, which urged others to share their sightings on social media as well. 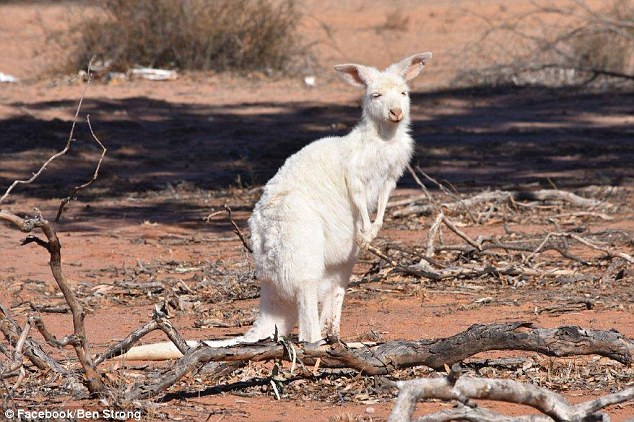 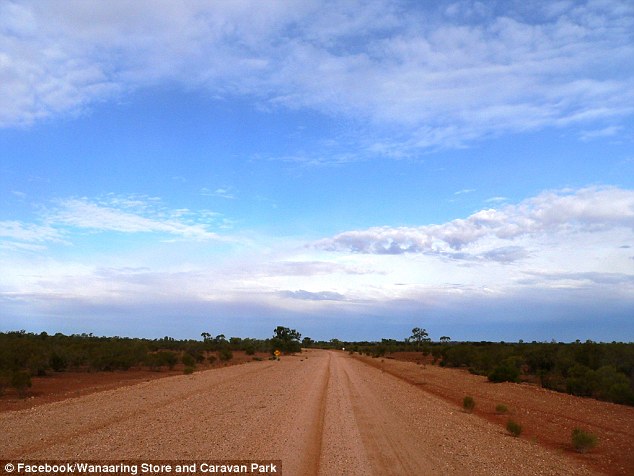 Wanaaring, a village north-west of New South Wales where the white roo can be spotted.

The stunning and rare white roos are the result of either albinism, a genetic mutation causing lack of pigmentation to the hair, eyes and skin or leucism, a fault in pigment cells that cause white fur without affecting the skin or eyes. People share their close encounters of the stunning and rare breed on their social media.