Number of Spanish coronavirus cases goes above 140,000 as deaths increase by 743

Spain has seen an increase in its daily coronavirus death toll and the rate at which new cases are being reported, putting an end to several days of straight decline.

However, the country’s health director Maria Jose Sierra insisted the country is still on the right track and put the figures down to a backlog of cases and deaths from the weekend that had filtered through into the system.

Spain reported 743 new deaths from coronavirus on Tuesday, an increase on the 637 reported Monday and 674 on Sunday which puts an end to four straight days of decline 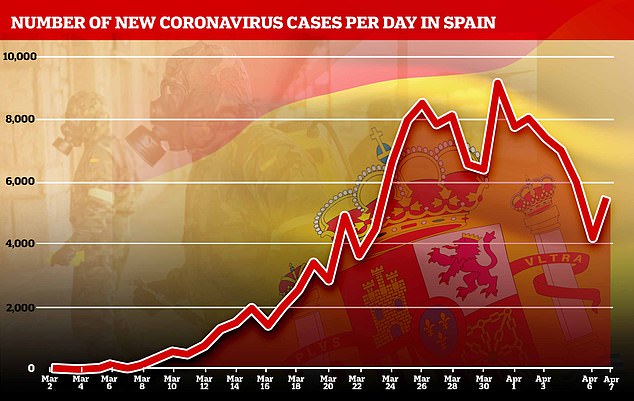 Spain also saw 5,478 new infections confirmed on Tuesday, bringing the total from 135,032 to 140,510. The rate at which infections increases also jumped to 5.7 per cent, ending almost two weeks of falling numbers 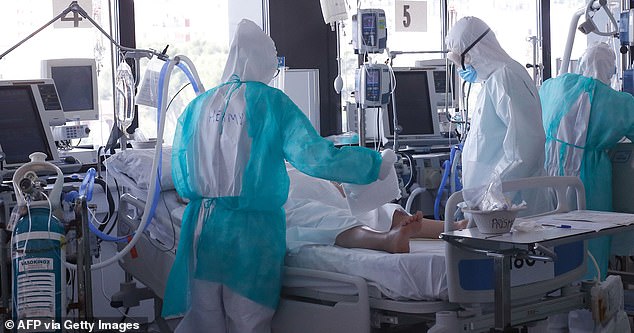 The country’s health minister insisted the rises were simply a blip in the data caused by a weekend backlog, and that hospitals are reporting that the pressure has eased (pictured, an ICU unit in Barcelona

‘It is still a downwards tendency,’ she insisted, adding: ‘The regional health authorities tell us they’re starting to see a reduction in the pressure on hospital intensive care units.’

Overall, Spain’s figures are showing a strong downward trend – which has led ministers to declare that the peak of the outbreak has passed.

The number of cured coronavirus patients in Spain is 43,208. Just over 7,000 people are still in hospital intensive care units.

Spain’s infection total overtook Italy at the weekend and remained higher Tuesday, though Italy’s death toll is still the largest in the world.

Both countries have been under full lockdown since early March, but have started plotting routes back to relative normality as the crisis has eased.

Spain’s Parliament is expected to approve a two-week extension of the state of emergency to April 26 on Thursday.

Hard right-wing party Vox has said it will refuse to back PM Pedro Sanchez’s attempt to extend the country’s four-week lockdown by voting against it or abstaining. 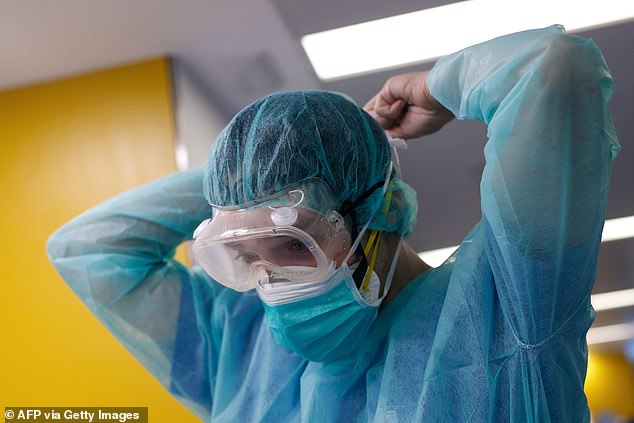 Spain has the second highest number of coronavirus cases in the world having overtaken Italy at the weekend (pictured, a medic on a coronavirus ICU ward in Barcelona) 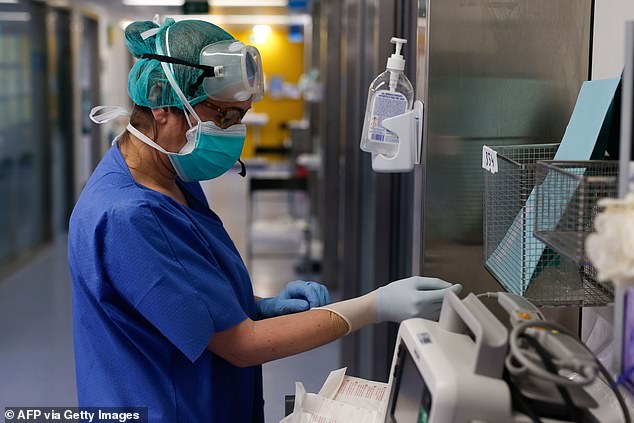 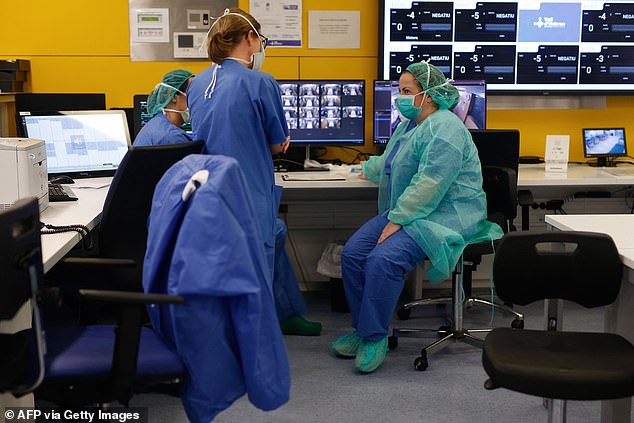 But two mainstream opposition party leaders, including Pablo Casado who heads the right-wing Popular Party, have already said they will support it.

Mr Sanchez has asked the presidents of the country’s 17 autonomous regions to send him a list by the end of this week of private and public centres that could be use to house Covid-19 patients who do not need hospital treatment.

It is unclear at this stage whether government ministers will be able to force people to quarantine in the buildings, which are expected to include hotels which would normally have been housing tourists at this time of the year.

Discussing the lockdown extension on Sunday, Prime Minister Pedro Sanchez said Spain is ‘close’ to defeating the virus and would begin to make a transition to ‘recover some of our economic and social life’.

He added that the extension was needed ‘in order to give time to the health system to recover’.

It marked the second time the lockdown has been extended since coming into force on March 14.

Madrid, the capital, has recorded the highest number of deaths from coronavirus in the country, at 4,941, followed by Catalonia, which has recorded 2,637 deaths.

Andalusia, which includes the Costa del Sol, has recorded 8,301 cases and 470 deaths.

Spain recorded its highest number on Thursday this week, at 950.

Health chiefs say although the actual number of coronavirus infections is stabilising, the situation could worsen if confinement orders were lifted. 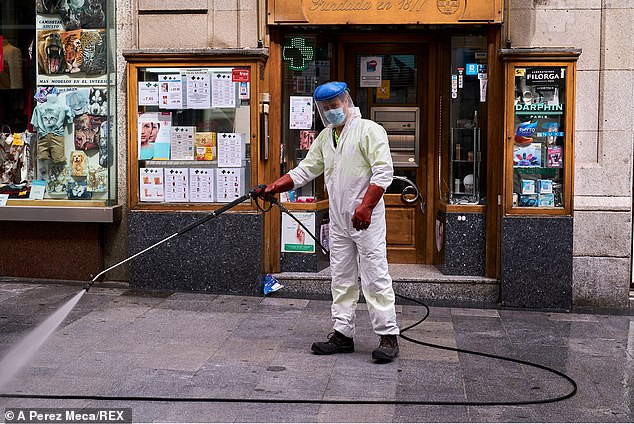 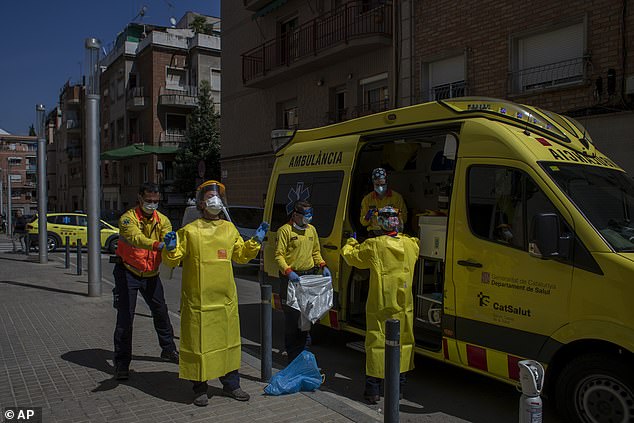 The government’s current strategy aims to lift the restrictions after the Easter holidays, reports El Pais.

Spain has recorded the second highest number of deaths from coronavirus in the world, with its numbers only being surpassed by Italy.

The Prime Minister needs the support of Spain’s lower house, the Congress of Deputies, to extend the alarm but Pablo Casado, the leader of the conservative Popular Party (PP) has been increasingly critical of the government’s handling of the crisis.

He recently accused the Socialist leader of ‘improvising’ and said his way of dealing with the coronavirus crisis was an ‘explosive cocktail of arrogance, incompetence and lies’.

Spain is also working on new advice and measures, including advising all Spaniards to wear face masks when outside.

At the moment, however, there are insufficient stocks to give to the entire population.