‘It wasn’t helpful,’ Mara told The New York Post on Sunday morning from the NFL owners’ meetings, referring to Beckham meeting the expectations the Giants have for him, after a questionable video surfaced earlier this month.

The short clip shared to SnapChat appeared to show Beckham lying in bed with something that looked like a small cigar in his hand, which led to speculation that he was holding a blunt filled with marijuana. Viewers also noted other drugs seemed to appear in the camera shot.

But Mara was tight-lipped about whether the ‘unhelpful’ video would impact the rumored $100 million mega-contract that Beckham, 25, is reportedly asking for, in order to stay with the Giants.

‘I’m not gonna talk about his contract — contracts get done when they’re supposed to get done,’ Mara said. ‘We’ll just have to see what happens.’

The video shows Beckham lying in bed, next to a box of pizza with self-identified model Laura Cuenca, 21, and someone who had a credit card in hand, with a white powdery substance nearby, that looked a lot like cocaine.

It was filmed at the Four Seasons George V hotel off the Champs-Elysees in Paris, after Beckham and Cuenca met at a club in the City of Lights on March 8, and no drugs were present in the video or in the room, according to what Cuenca previously told The Post.

Mara seemed irritated when he was pressed further on the video, which he confirmed had been sent to him. 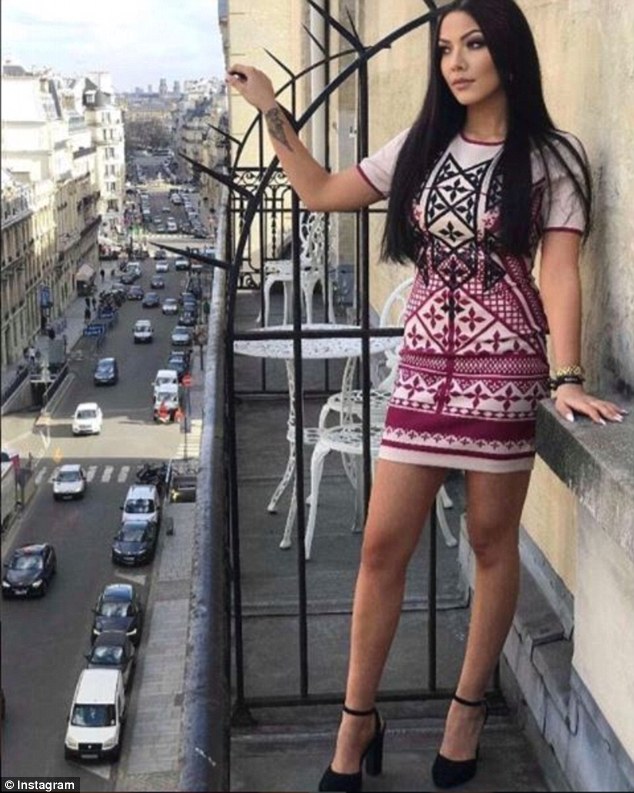 Laura Cuenca, 21, is seen here a photo shared to social media on Thursday 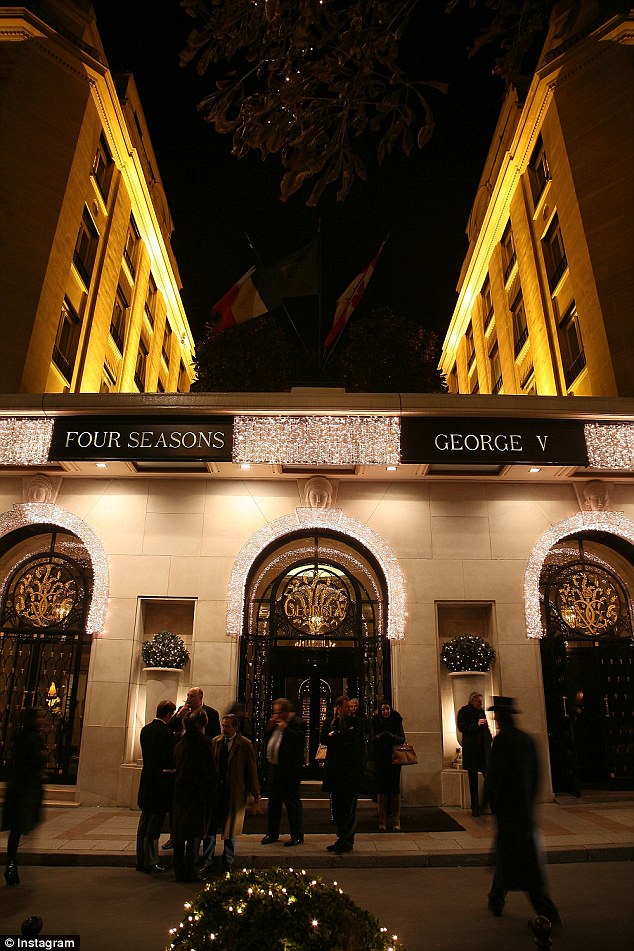 The video was filmed at the Four Seasons George V hotel (pictured) off the Champs-Elysees in Paris, after Beckham and Cuenca met at a club in the City of Lights on March 8, Cuenca said

‘I don’t want to comment about what was on the tape, I just want to stick to my previous statement,’ he said.

‘I’m just tired of answering questions about it all the time,’ Mara reiterated. ‘He knows what’s expected of him. It’s up to him now.’

This video is one in a string of controversies, some seemingly of his own making, that have involved Beckham. 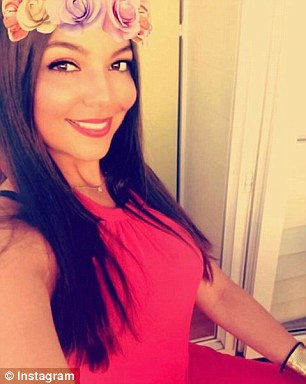 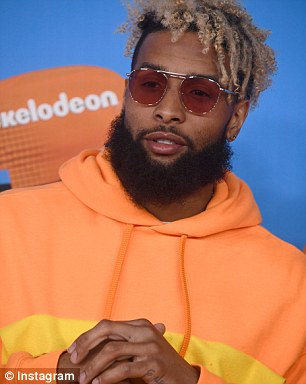 The video shows Beckham (right) lying in bed, next to a box of pizza with self-identified model Cuenca (left), and someone who had a credit card in hand, with a white powdery substance nearby, that looked a lot like cocaine

During play, he’s taken out his aggression on the sidelines on a kick net after an interception by the Washington Redskins in September 2017, and been hit with a taunting penalty while facing Minnesota in 2016.

He’s been accused of having an issue with his temper, supported by claims he punched a hole in the wall outside of the ground crews’ locker room at Lambeau Field, after a playoff loss to Green Bay in January 2017.

And about a week ago, another video surfaced, this time claiming to show Beckham brawling in a nightclub in Atlanta. Beckham specifically denied he was even in the state of Georgia at the time, however, and threatened legal action against the providers of the video.

His alleged behavior off the field aside, it’s undeniable that Beckham is a powerhouse between the uprights, and rumor has it that he expects to be paid accordingly.

It’s been reported that Beckham wants to see $20 million per year on his next contract, for a total deal that could top $100 million. 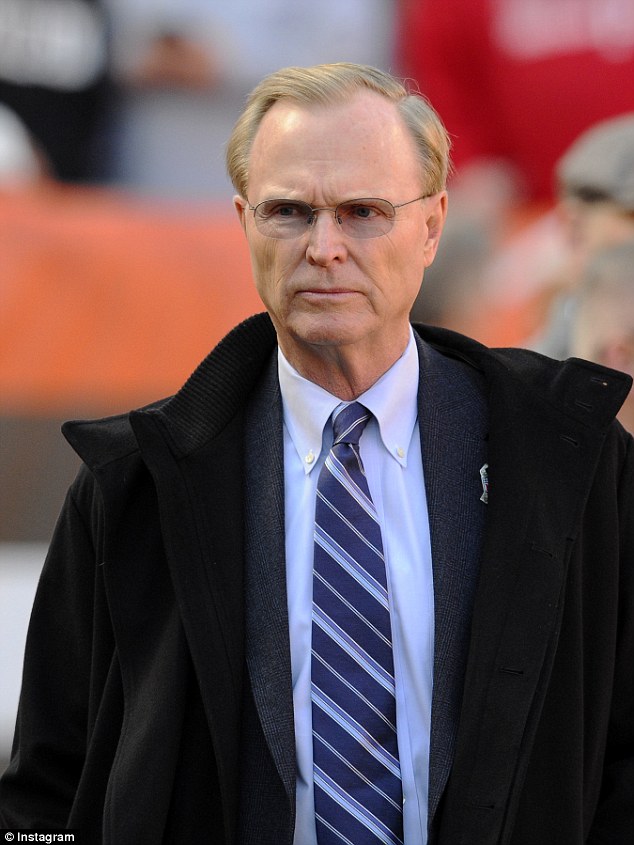 Owner John Mara of the New York Giants walks onto the field prior to a game against the Cleveland Browns on November 27, 2016 at FirstEnergy Stadium in Cleveland, Ohio 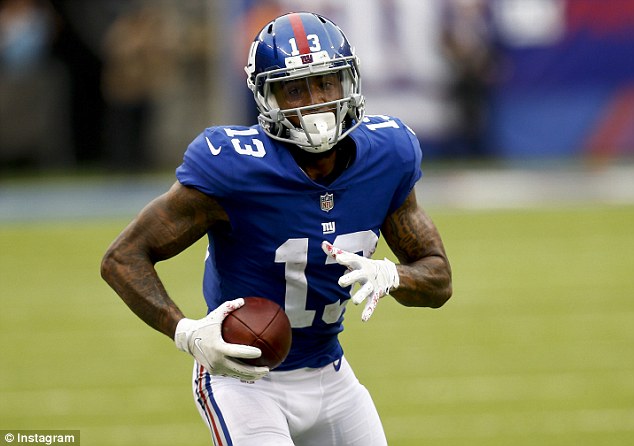 Beckham runs in for a touchdown during a game against the Los Angeles Chargers at MetLife Stadium on October 8 in East Rutherford, New Jersey

He’s been one of the best wide receivers in the league since he joined the NFL in 2014, so it’s hard to argue that he’s not worth it.

Beckham made more than 90 catches, receiving for over 1,300 years and scored at least 10 touchdowns in each of his first three NFL seasons, according to NFL stats.

No NFL player in history has ever started their career with three straight 90-1300-10 seasons.

By becoming the first to do so, Beckham has already achieved the feat more than almost every other player to have every played in the NFL, except for two, according to CBS Sports.

In 2017, the Giants picked up the fifth year option on Beckham’s rookie contract, keeping him around for the upcoming 2018 NFL season.

Beckham will become an unrestricted free agent in 2019. 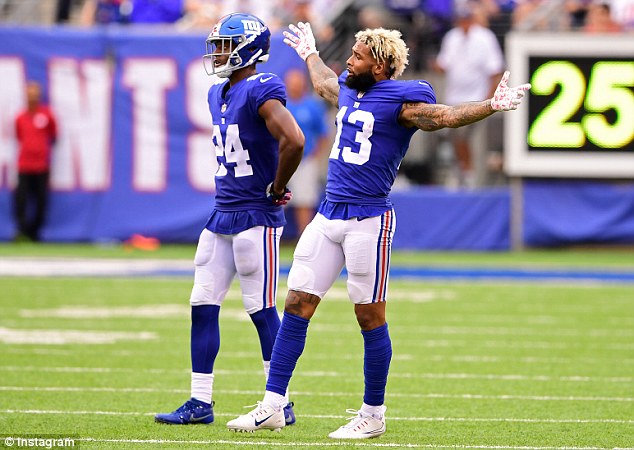 Beckham reacts during the fourth quarter against the Los Angeles Chargers during an NFL game at MetLife Stadium on October 8 in East Rutherford, New Jersey