Fans of Love Island will be thrilled that Olivia Buckland and Alex Bowen have finally shared a glimpse from inside their glam wedding.

Packed with fellow reality star guests, the wedding took place at Gosfield Hall in Essex last weekend where the couple – who met on the second season of the ITV dating show – said their ‘I dos’.

In a cover image from this week’s OK! magazine, the pair show off what they wore on the big day, with Olivia looking incredible in a Enzoani fishtail gown and Alex scrubbing up nicely in a dappy electric blue suit.

They do: Fans of Love Island will be thrilled that Olivia Buckland and Alex Bowen have finally shared a glimpse from inside their glam wedding

Joining them on the front of the publication are Gabby Allen – also of Love Island fame – and TOWIE’s Pete Wicks.

The wedding had it all – including an arrival by chopper by the groom and over 200 guests – 98 during the day and a further 150 for the evening reception.

There was an eight-tier cake, a prosecco van and a surprise appearance by a formr X Factor singer. 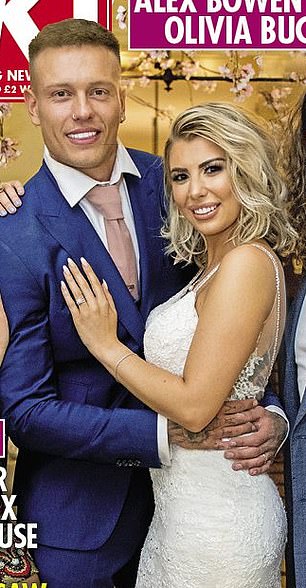 Emotional: The newlyweds explained that it felt like they were ‘in a movie’, with Alex admitting he burst into tears when he first saw his bride

The newlyweds explained that it felt like they were ‘in a movie’, with Alex admitting he burst into tears when he first saw his bride.

‘I cried when I looked at her. I was actually crying before she got out of the car!’ he recalled.

Olivia added: ‘When we saw each other we just burst into tears. I was really trying to hold it together and compose myself, because I didn’t want to fully lose it.’

She also added: ‘The wedding was overwhelmingly perfect. It feels like it didn’t happen because it was so perfect.’

It took place in their main dining hall, the Marquis of Buckingham’s Ballroom, and following a night of celebration it’s thought that the couple spent their first night as man and wife in the Rococco Bridal Suite, which was decorated during the residency of King Louis XVIII.

Olivia hinted about her upcoming nuptials the Friday before on Instagram as she shared a snap of her clad in a camel-coloured jumpsuit, with the caption: ‘Last minute errands yesterday, bridal tribe getting spoiled’. 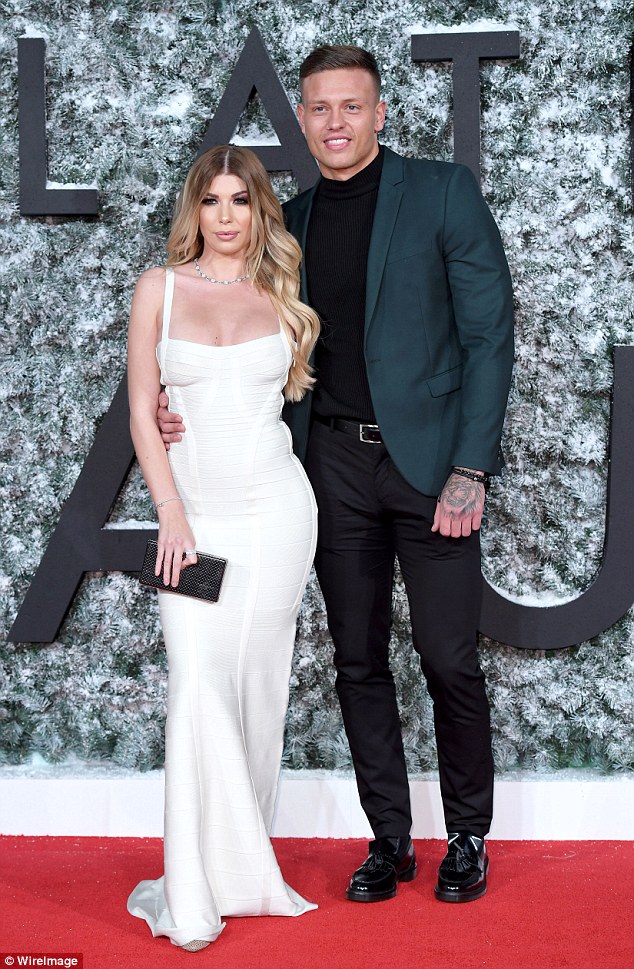 Happily ever after: Olivia and Alex came in second place on their Love Island year

Olivia and Alex came in second place on their Love Island year.

Following their stint on the popular series, the couple quickly moved in together in Olivia’s native Essex in August 2016, before Alex popped the question during a romantic trip to New York that December after just five months of dating.

Hunky scaffolder and fitness model Alex ignored claims that the couple were only a ‘showmance’.

The pair got off to a rocky start in the villa when Alex bedded former Miss Great Britain winner Zara Holland on his first night, a move that resulted in her being stripped of her beauty queen crown. 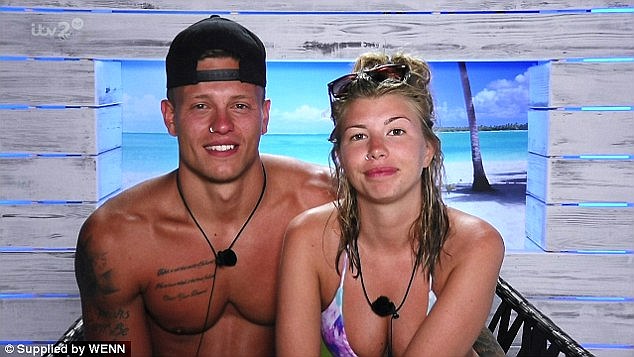 Love: The reality stars are the first Love Island couple to say ‘I do’ after meeting on the beloved ITV2 series in 2016

Over the moon: Alex made a return to Twitter two days after tying the knot to confirm that he and Olivia had become husband and wife 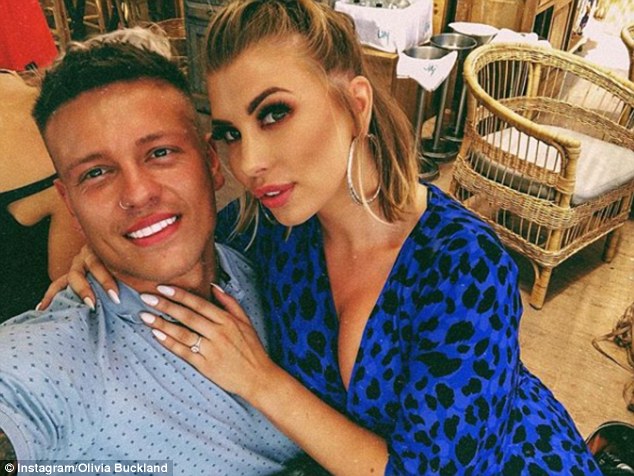 Since then Olivia revealed that she’s feeling the pressure of organising her special day, admitting that she’s on the path to becoming a bridezilla after saying yes to a £2,069 Sophia Tolli dress on the TLC reality show in May.

Speaking to MailOnline last year, she said: ‘I think I might turn into Bridezilla at some point, just waiting for it to happen.’

Read the full interview in this week’s OK! magazine, out now.