One three-year-old girl has died and a second is in critical condition after they both came out of their floaties while playing in a swimming pool at a children’s party in Florida.

Around ten children and three adults were in the pool area at the time of the accident which happened on Saturday at a Tampa apartment complex.

‘While playing in the water, at some point the girls took off their flotation devices,’ the Sheriff’s Office said, calling the tragedy a ‘drowning incident.’ 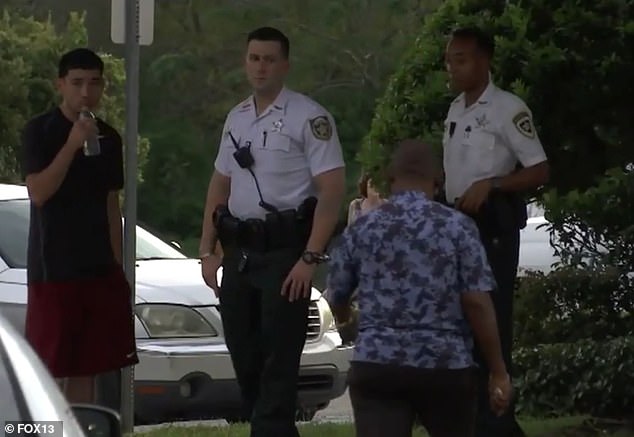 A family were hosting a pool party in the communal of the apartment complex.

Deputies say both girls ended up going underwater. It took a while before the adults, who could not swim, noticed the girls had disappeared.

When the adults finally realized the girls had gone under the water, several people including neighbors rushed to help.

The youngsters were dragged from the pool and CPR was performed on them until the emergency services arrived.

The girls were transported to a local hospital but one was pronounced deceased and the other was in critical condition. 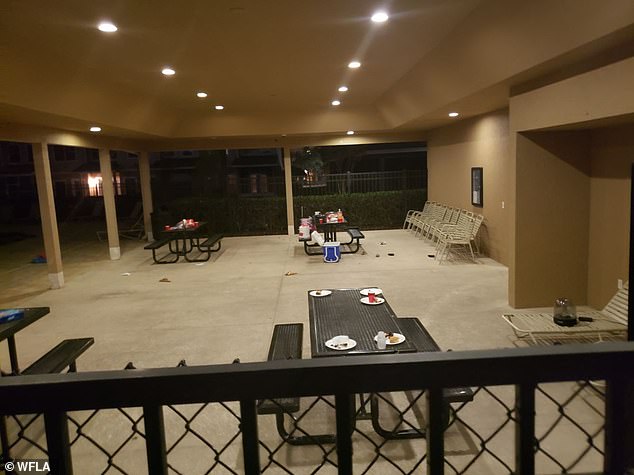 Hillsborough County deputies said the two children were at a birthday party with about 10 kids. Pictured, the room where the children were having their food and playing games 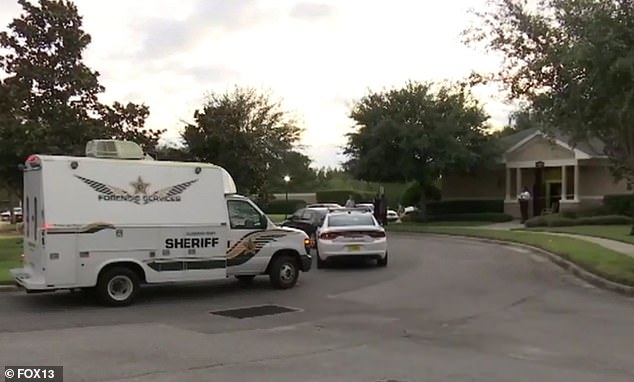 The two girls were wearing floaties and were in the shallow end, but somehow slipped out of them or took them off when nobody was looking. Pictured, emergency services on site

The girls were not identified. Neither of them could swim, the Sheriff’s Office said.

‘I figured it was kids playing at first and then I realized that those screams didn’t sound too right,’ Resident Addison Vicedo said to WTSP.

‘I noticed that everyone was there panicking and the mother was in tears so I just told myself not to panic because I could do something,’ Vicedo said.

‘I started giving CPR to the little girl and then I noticed that her pulse she did have a pulse and she would make it,’ he added.

‘My prayers go out to both of their families. Especially the one who didn’t make it,’ Vicedo said.