Our modern brain shape may be only 40,000 years old

The earliest-known specimen of a Homo sapiens dates back to roughly 300,000 years ago.

Much has changed since then, yet scientists believed that our species still retained one common feature — our brains.

It turns out that our brains actually look much different from our ancestors that lived hundreds of thousands of years ago.

Now a team of scientists have discovered, for the first time ever, exactly when our brains began to take on their unique, modern shape.

A team of researchers from the Max Planck Institute for Evolutionary Anthropology in Germany pinpointed the period when the human brain achieved its current form as being between 100,000 and 35,000 years ago.

New research from a team of scientists in Germany pinpoints the exact period when our brains achieved their modern shape. Pictured, a Neanderthal brain (left) appears more elongated than the present-day Homo sapiens (right) brain, which is ’rounder and less overhanging’

Neanderthals are our species closest relative, going extinct tens of thousands of years ago.

Over time, the frontal area of our brains became taller and the parietal areas began to bulge, while the side walls became parallel.

Present-day skulls have a globe-like shape, with a smaller and more delicate facial structure.

Most importantly, the occipital area ‘becomes rounder and less overhanging,’ according to the study.

‘The brain is arguably the most important organ for the abilities that make us human,’ says Simon Neubauer, a co-author of the study.

‘We already knew that brain shape must have evolved within our own species, but we were surprised to discover just how recent these changes to brain organization were.’

Two features predominantly contribute to the brain’s globular appearance: The bulging of the brain’s parietal area and the cerebellum. 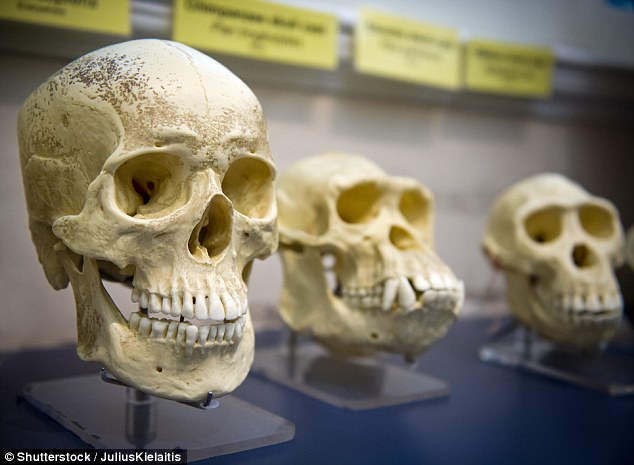 Researchers estimate that roughly 100,000 to 35,000 years ago, our brains evolved from an elongated shape to a globe-like shape. The evolution in brain shape coincided with the introduction of new processes like tool building, self-awareness and long-term memory

These areas serve as an ‘important hub’ of brain organization, responsible for functions like motor control, balance, memory, language, social cognition and the ability to process things around us.

This suggests that evolutionary changes to our brain were key to the evolution of the human condition, the scientists said.

‘The evolution of endocranial shape within Homo sapiens suggests evolutionary changes of early brain development — a critical period for neural wiring and cognitive development,’ said Philipp Gunz, a co-author of the study.

The scientists point out that these evolutionary changes were gradual, taking place over tens of thousands of years.

HOW HAS THE SHAPE OF OUR BRAINS EVOLVED OVER TIME? 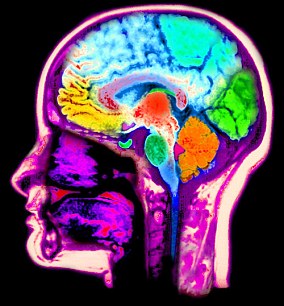 Researchers at Germany’s Max Planck Institute for Evolutionary Anthropology discovered that key evolutionary changes in our brain shape occurred roughly 100,000 to 35,000 years ago

By contrast, our Neanderthal ancestors’ brains had a more elongated shape

The evolution of our brain shape coincided with major developments in behavior, as Homo sapiens began to:

Using CT scans, the scientists examined changes in the brain’s curvature, surface size and other details to chart gradual changes in its shape.

From that, they determined that our brains reached their present-day variation between 100,000 and 35,000 years ago.

Simon Neubauer told Business Insider that the globular brain shape isn’t what caused us to develop those new brain functions.

Instead, Neubauer said the rounder shape is ‘related to our modern behavior.’

This latest study follows research from the same team of scientists, published last year, where they discovered that the earliest-known Homo sapiens specimen were 100,000 years older than previously thought.

The oldest fossils date back to 300,000 years ago and were located in Jebel Irhoud, Morocco.

Scans revealed that the bones have similar structure to modern humans.