Germany’s far-right Alternative for Germany political party sent a group on a tour of a former Nazi concentration camp, causing outrage in the country.

The group was handpicked by AfD and visited Sachsenhausen, which is north of Berlin, last summer.

While on the visit they ‘questioned the existence of the gas chambers and the mass murdered in them’ before being throw out of the site by staff.

They are also said to have asked pointed questions about Allied bombing at the end of World War II, implying its impact on the civilian population was comparable to the Nazis’ atrocities. 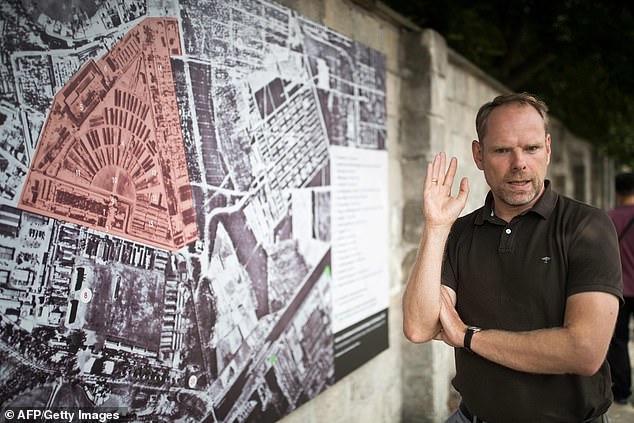 Director of the Sachsenhausen memorial and museum Axel Drecoll, pictured, said the group ‘questioned the existence of the gas chambers’ before they were told to leave the site

‘As our horrified colleague told me, the comments by obviously rhetorically trained people culminated in them questioning the existence of the gas chambers and the mass murders in them,’ said the director of the camp’s memorial Axel Drecoll.

Drecoll, 45, demanded an apology from leading AfD figure Alice Weidel, who had organised the visit, but is still waiting for a response.

This month authorities in Brandenburg state indicted a 69-year-old member of the group on charges including inciting racial hatred.

Defenders of Germany’s sacrosanct atonement for the Nazis’ crimes – the foundation of its Basic Law and political culture – warn it is coming under calculated assault from right-wing extremists.

And ahead of three state elections in the coming weeks in which the AfD is set to do well, Germans like Drecoll are growing nervous about erosion of the country’s culture of remembrance.

The anti-migrant, anti-Muslim AfD could come in first in Brandenburg as well as neighbouring Saxony – which both head to the ballot box on September 1 – and is polling strongly ahead of an October election in Thuringia. 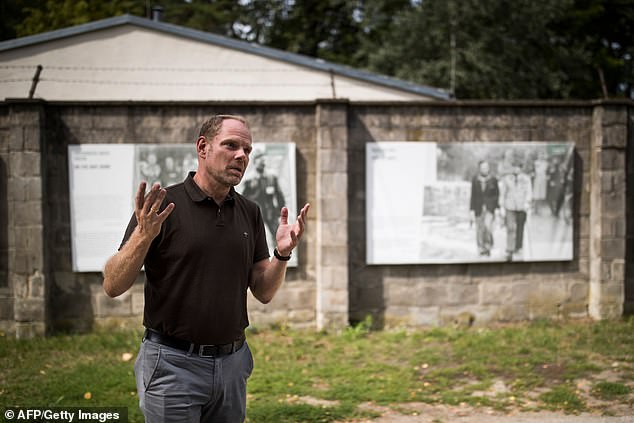 Drecoll, 45, pictured at the former concentration camp, demanded an apology from leading AfD figure Alice Weidel, who had organised the visit, but is still waiting for a response 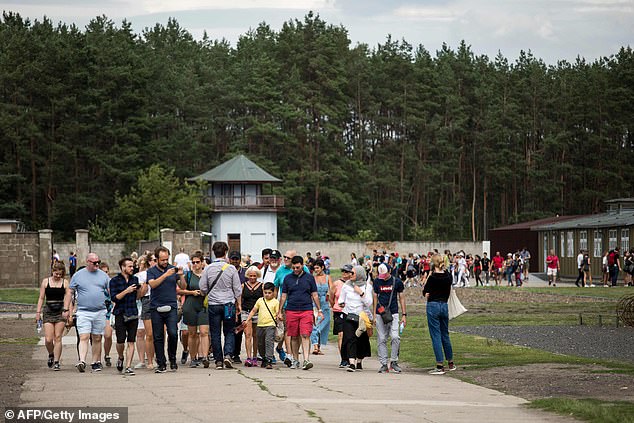 Leading AfD politicians have more and more openly challenged Germany’s unflinching reckoning with the legacy of the Nazi terror regime.

Party co-leader Alexander Gauland has called the 12-year Third Reich a ‘speck of bird poop’ in an otherwise glorious German past.

Bjoern Hoecke, who represents the AfD’s extreme right wing, has criticised Berlin’s sprawling Holocaust memorial as a ‘monument of shame’.

And, after a series of provocations, the former Buchenwald camp banned AfD politicians from memorial ceremonies ‘as long as they do not credibly distance themselves from historically revisionist positions’.

Even if the AfD comes in first place in Brandenburg, mainstream parties are expected to band together to keep it from taking over the state government.

‘What really, really concerns me is the breaking of verbal taboos. You can’t forget that words create reality, and the use of language stretches the realm of the possible – we learned that in the Nazi period,’ he said. 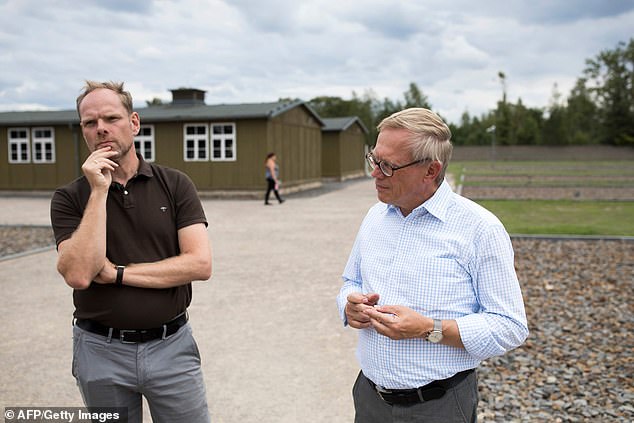 ‘When you begin to talk about certain groups to say ‘they are like this or like that’, you’re playing with fire.’

Kalbitz, 46, told reporters his party had no plans ‘to close the memorials or somehow sideline remembrance of the Nazi crimes’, adding: ‘I think this kind of hysteria with regard to the AfD will dissolve, especially after the (state) elections.’

Mr Drecoll said memorials like Sachsenhausen need to evolve to defend their mission and prepare for a time in which there are no more Holocaust survivors alive to bear witness.

‘That means interactive media in the exhibitions, tablets in the seminar rooms, an up-to-date website and audioguides for visitors which may become multimedia guides,’ he said.

However he said overemphasis on digital tools or a pivot to gadgets like virtual reality goggles undermined efforts to teach the lessons of the past and the duty to pay respect to the dead.

‘We are also a cemetery. We need dignified remembrance and not pure emotion – tears don’t educate.’

Drecoll was similarly circumspect about calls for compulsory visits for Germans to the former camps.

‘I really believe in intrinsic motivation – we want to have a conversation among equals,’ he said.

‘Also some young people are simply overwhelmed by the images they’re confronted with at the place where the crimes were committed – you have to respect that.’

Around 200,000 people – Jews, dissidents from across Europe, gay men and other groups targeted by the Nazis – were held at Sachsenhausen between 1936 and 1945.

At least 40,000 were killed or died under brutal conditions.

The memorial draws about 700,000 visitors each year from around the world – double the number a decade ago. The vast majority, Drecoll said, are ‘respectful’.