They may have been 1,800 miles away from where the action was unfolding, but that didn’t stop Real Madrid’s passionate fans celebrating their Champions League victory wildly at the Santiago Bernabeu.

More than 80,000 spectators packed Real’s home stadium to watch the Kiev final against Liverpool unfold on eight giant screens constructed on the pitch.

And there were jubilant celebrations for each of their side’s three goals and at the final whistle as a hat-trick of Champions League victories was confirmed. 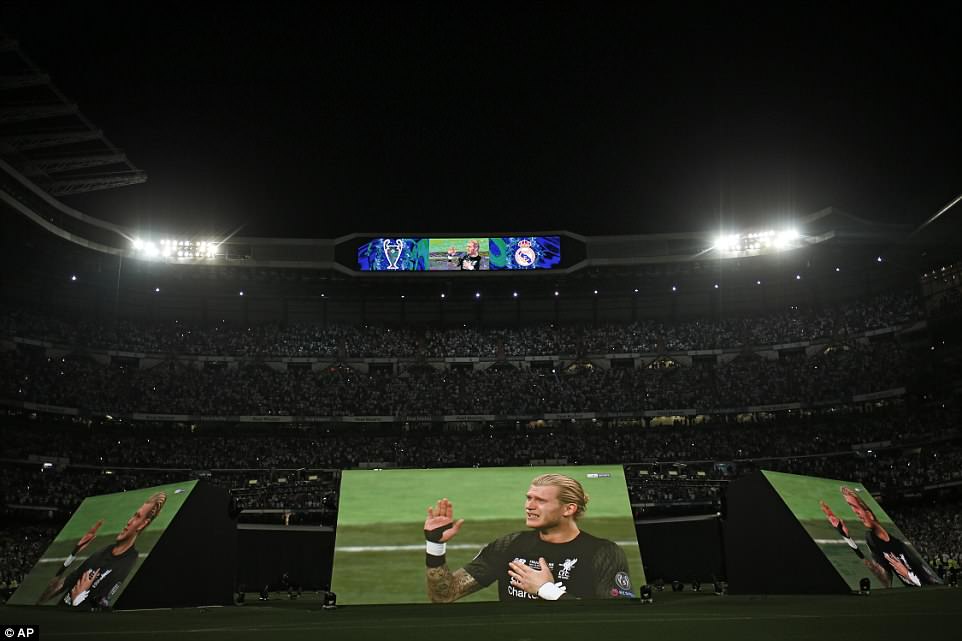 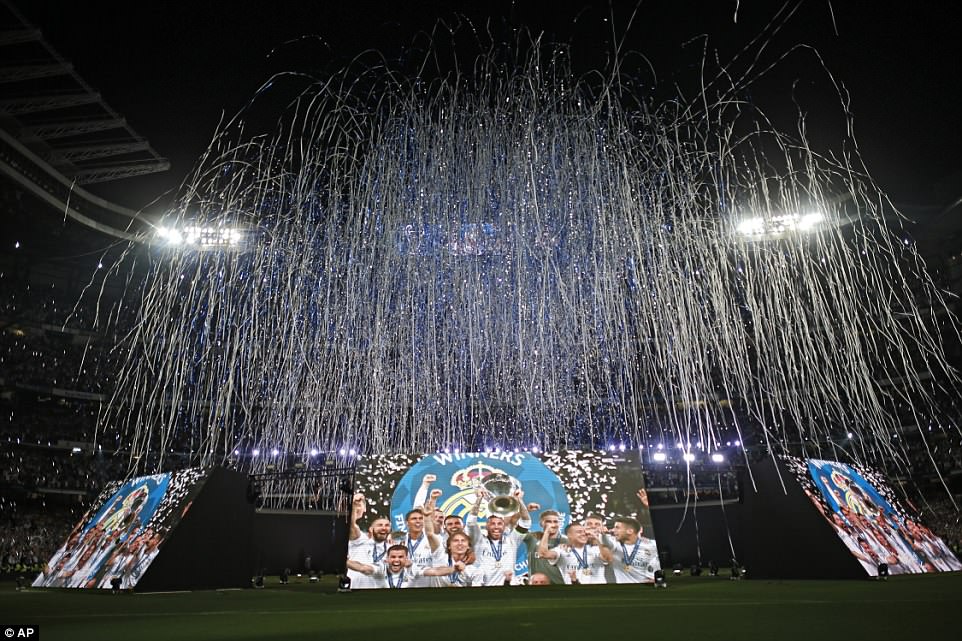 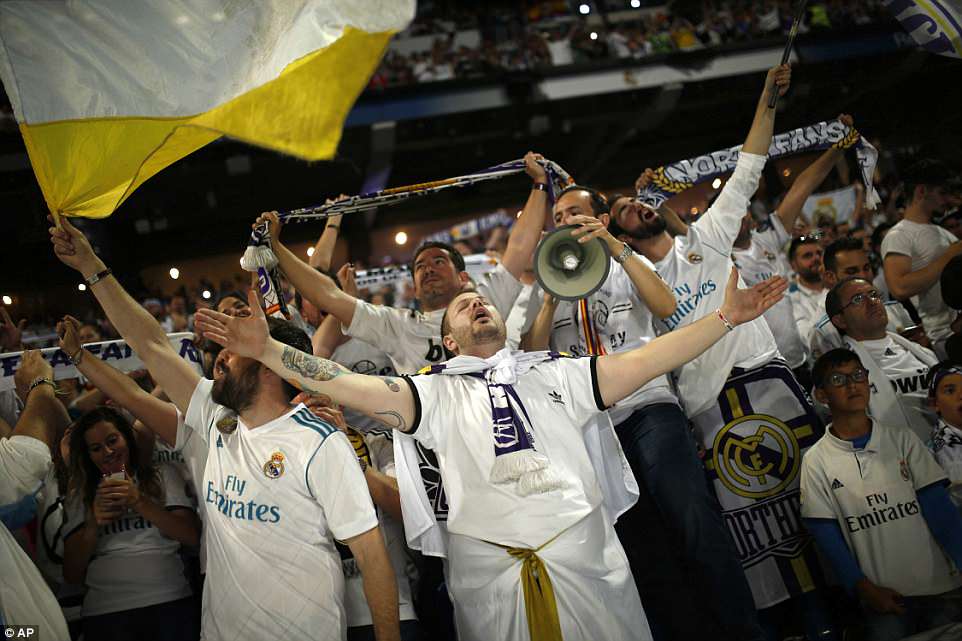 The atmosphere was rocking as 80,000 Real fans packed their stadium to watch them win a third straight European Cup 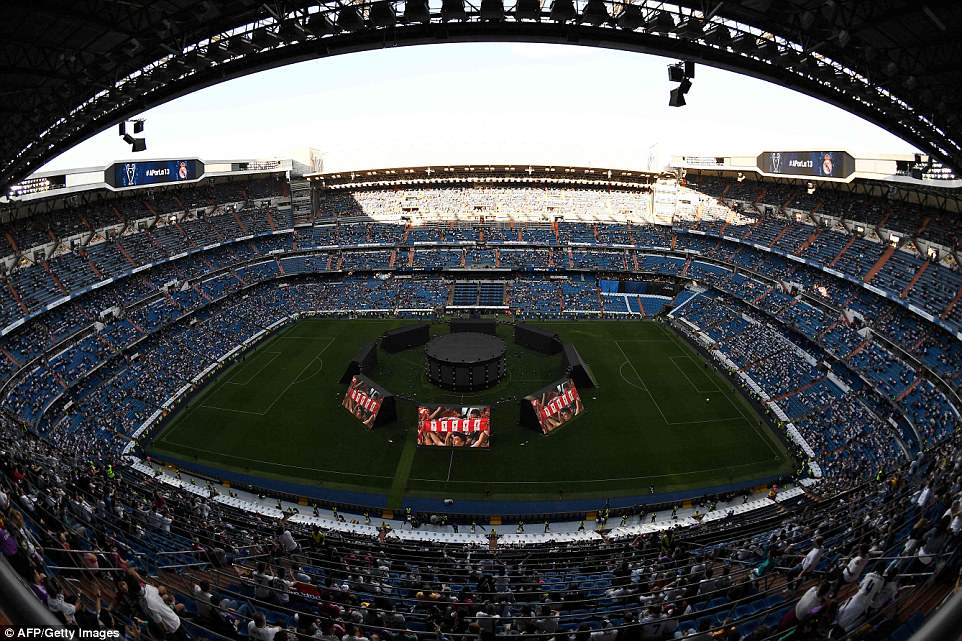 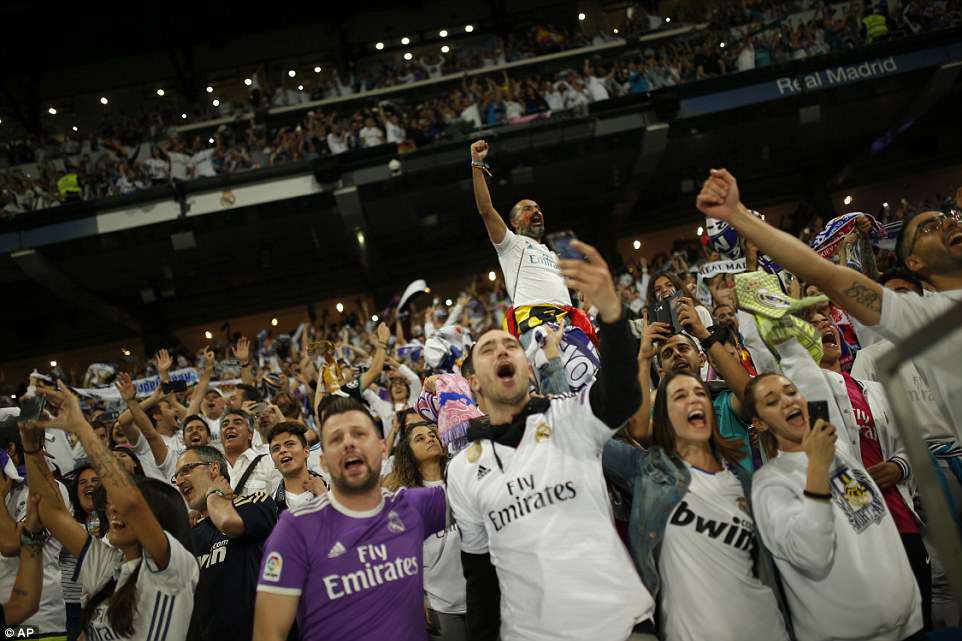 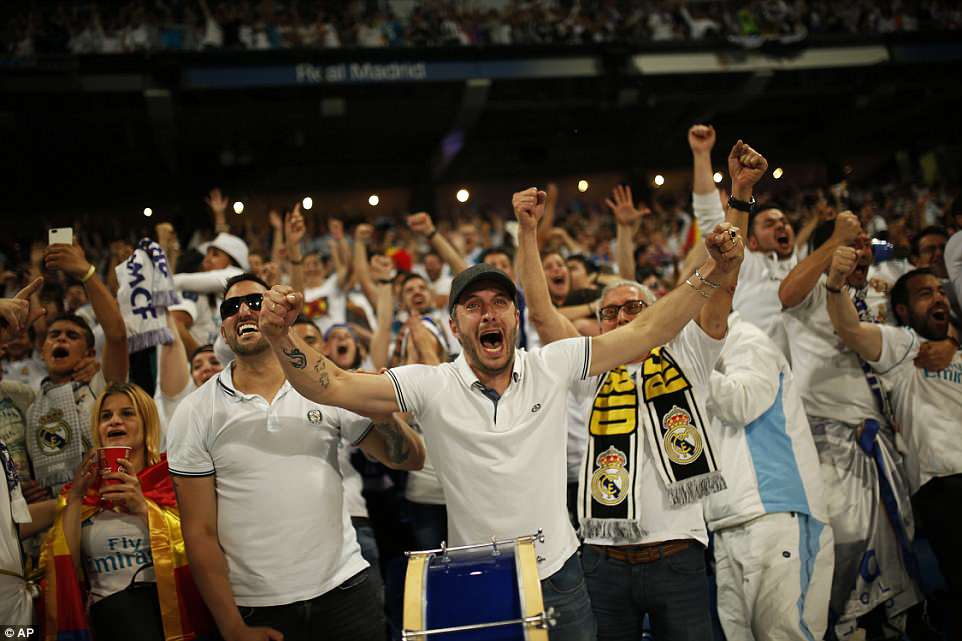 Fans who weren’t lucky enough to be out in Kiev did the next best thing by watching a television relay at the Bernabeu and the atmosphere was absolutely rocking.

A goal from Karim Benzema and two from Gareth Bale – including a spectacular overhead kick described enthusiastically as a ‘Golazo’ by the TV commentator – had the fans singing and dancing in the stands.

Of course, two of their goals were gifted by Liverpool German goalkeeper Loris Karius, but nobody seemed to care about that too much. 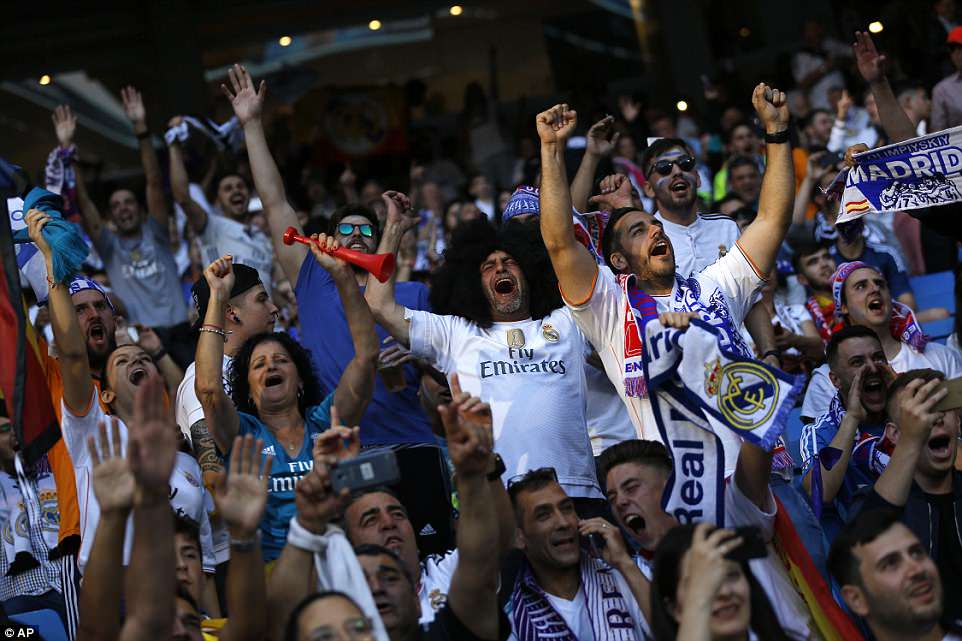 Fans came kitted out in shirts and scarves, and with flags, banner and hooters, to generate a memorable atmosphere The eight screens on the pitch ensured everyone had a good view, while commentary was played over the PA system 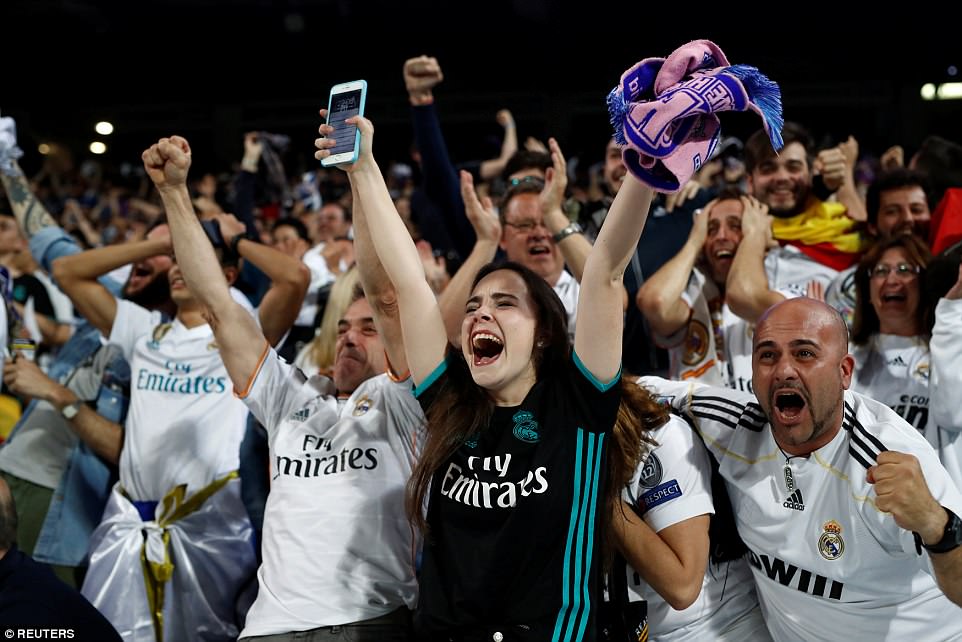 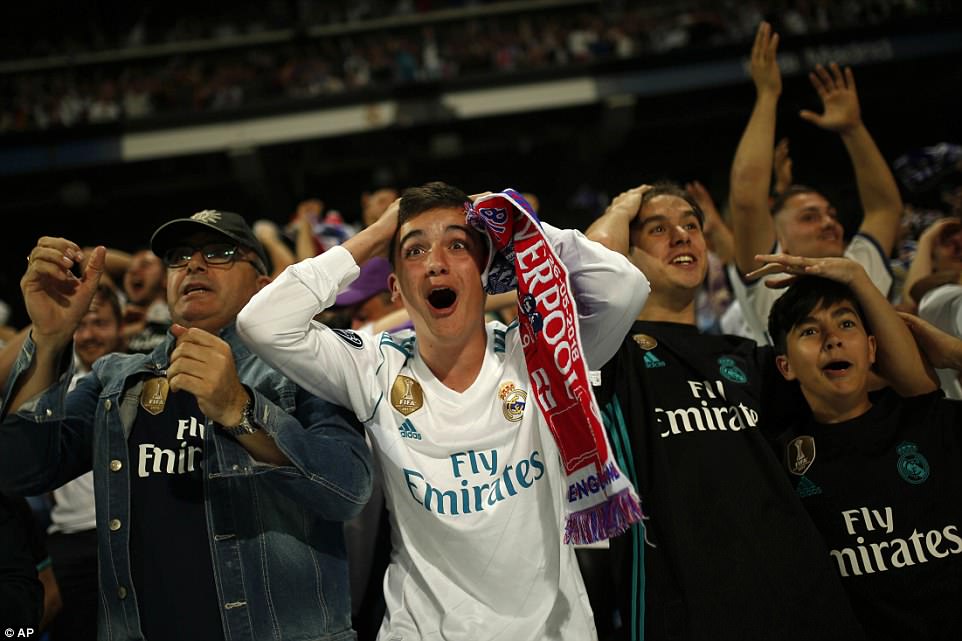 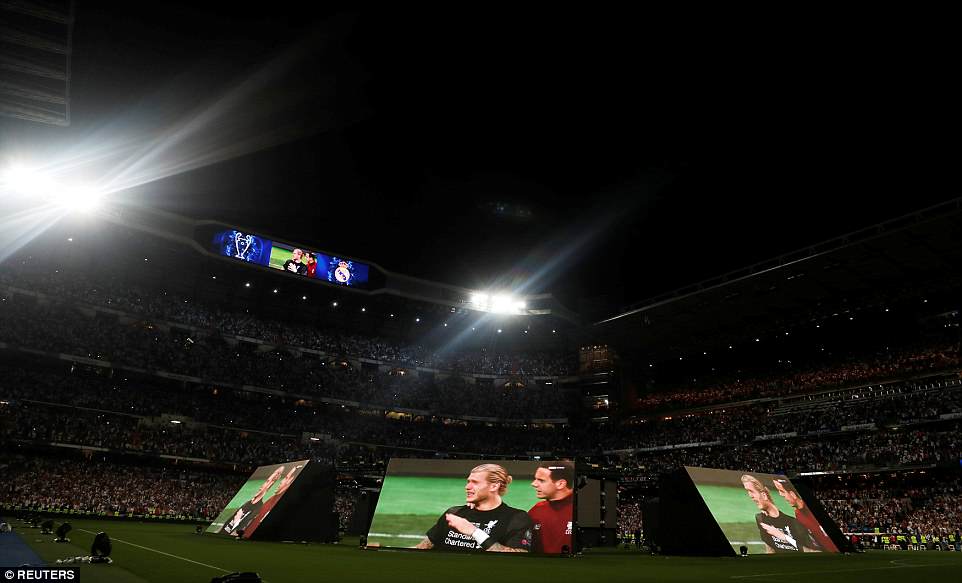 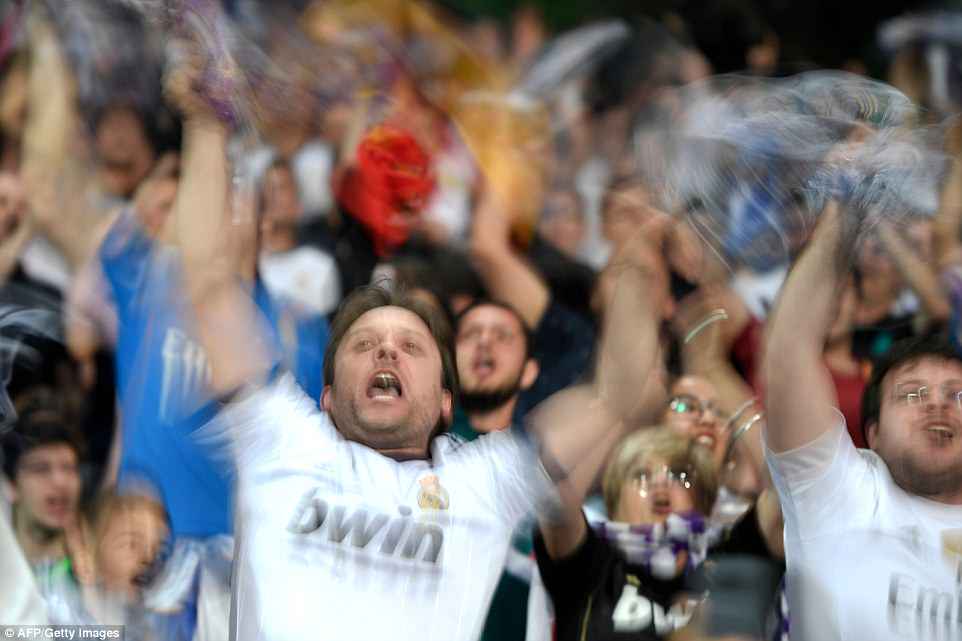 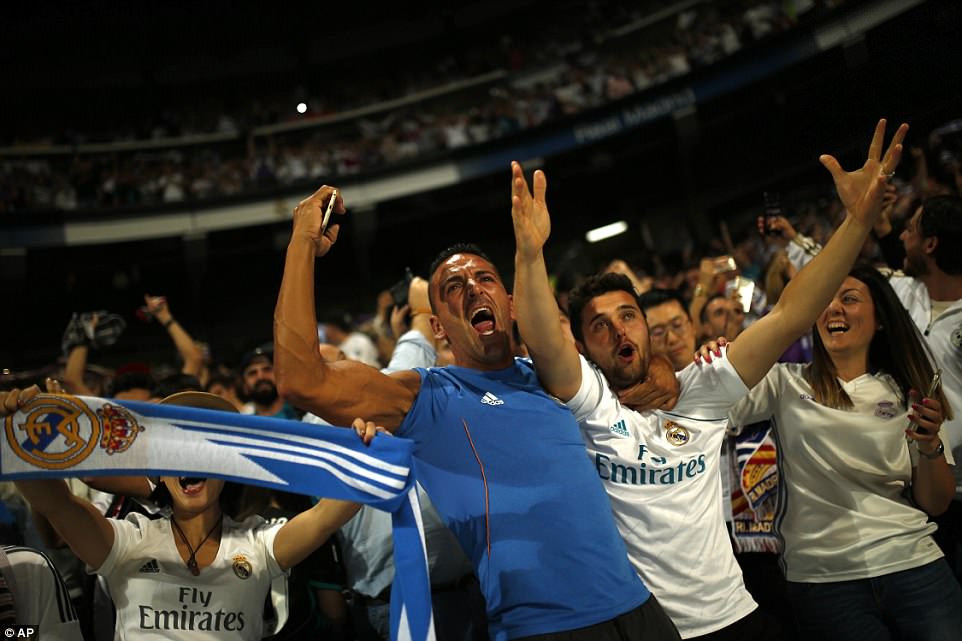 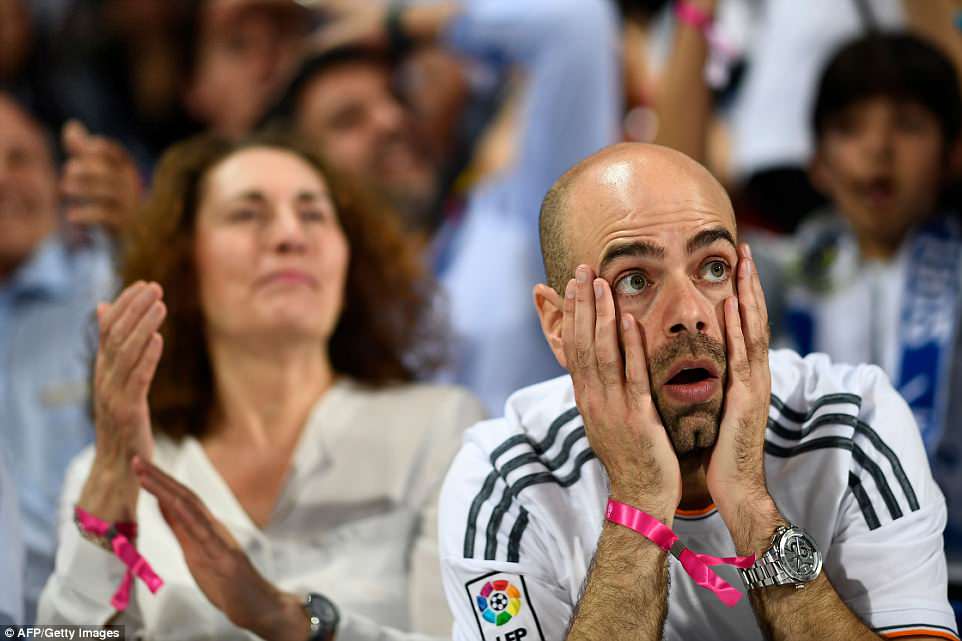 There were some tense moments along the way, especially when Sadio Mane equalised for Liverpool in the second-half 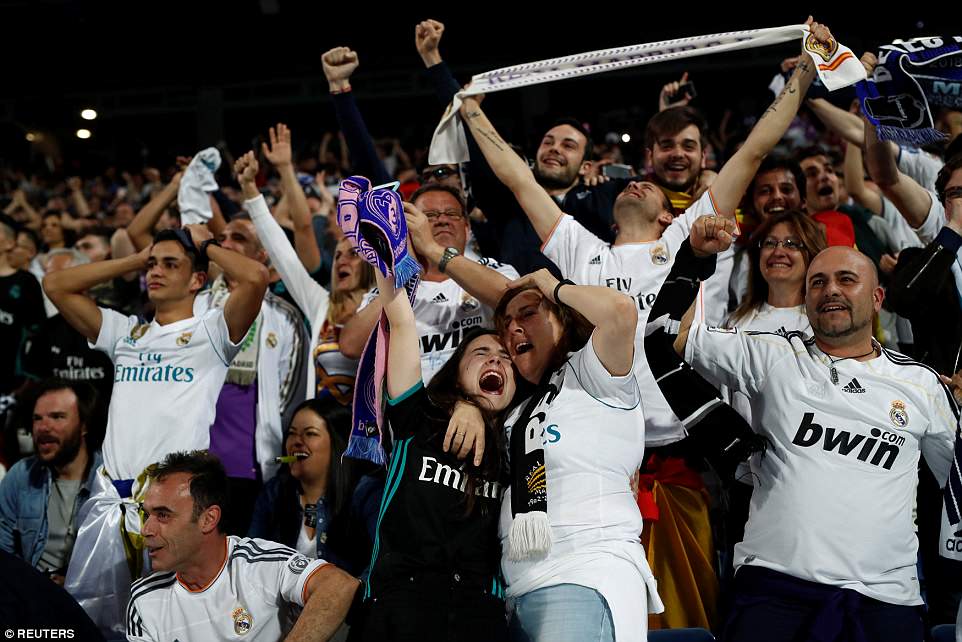 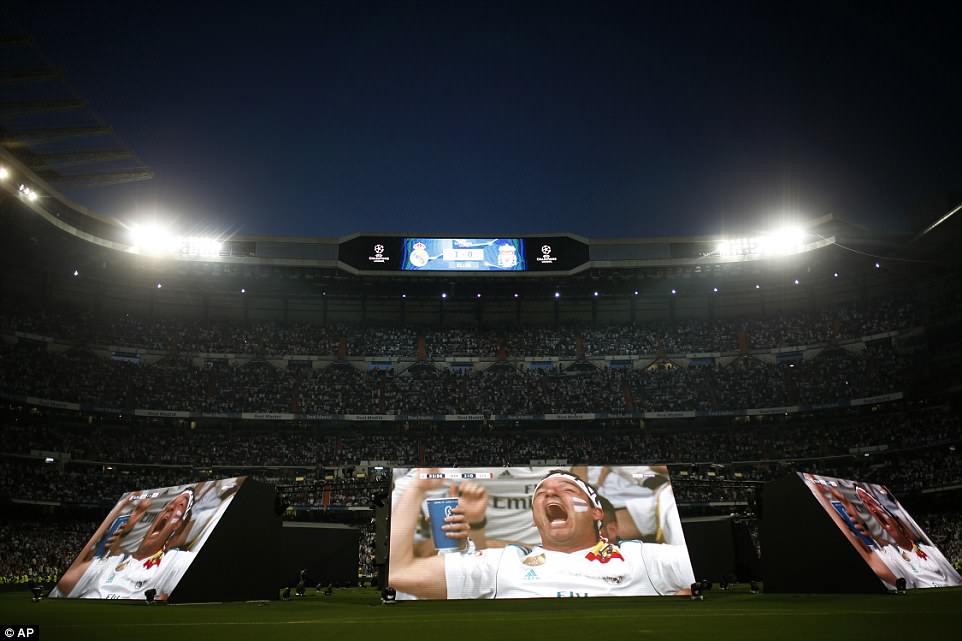 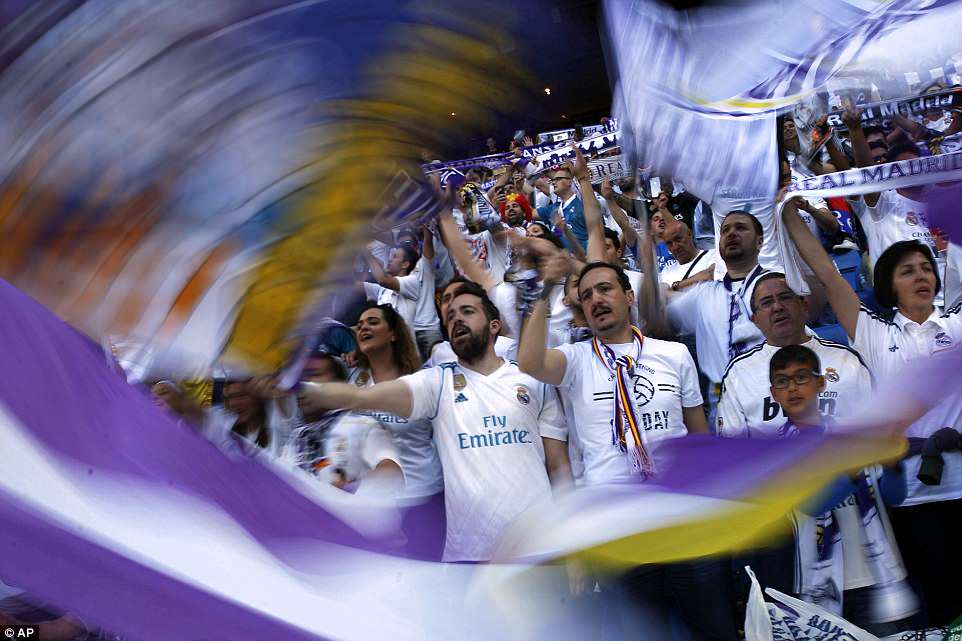 It was certainly a colourful occasion as 80,000 Real Madrid fans welcomed the latest addition to their trophy cabinet 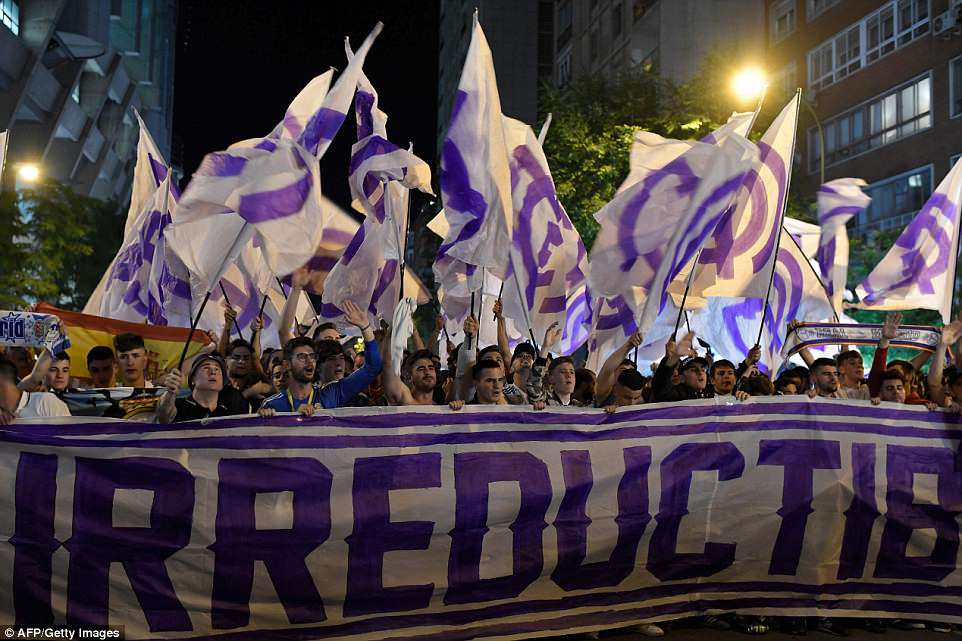 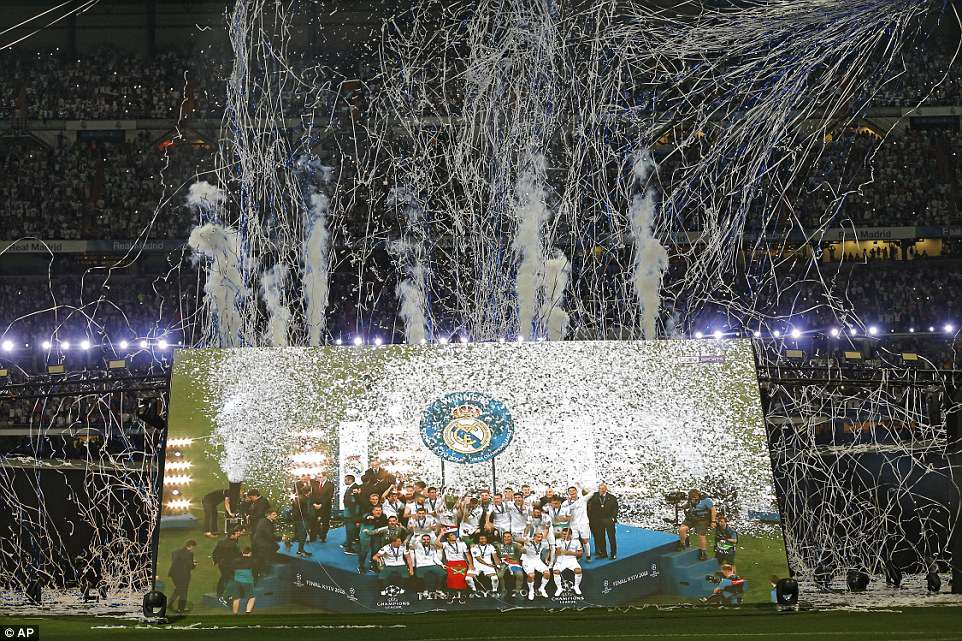 At the final whistle, the enormous crowd stayed to watch the trophy presentation on the big screens, singing along to Queen’s ‘We are the Champions’ as streamers and tickertape exploded.

And they filed out into the streets of the Spanish capital to continue the party long into the night before greeting their heroes for a homecoming victory parade through the streets the following day.

Real’s win in Ukraine was the 13th time they have lifted the European Cup and they become the first team since Bayern Munich in the 1970s to claim the trophy in three successive seasons.