Plans have been revealed for a state-of-the-art charging hub in Oxford that will set the standard for charging stations for electric cars ahead of the ban on sales of new petrol and diesel models from the end of the decade.

Infrastructure firm Pivot Power and Oxford City Council have entered a partnership with Dutch charging company Fastned, US EV-maker Tesla and charger provider Wenea to deliver 38 fast and ultra-rapid chargers at a dedicated new site at Redbridge Park and Ride on the outskirts of the city.

Unlike any other charging station in the UK, the new Oxford hub will draw all 10 megawatts of power from the National Grid.

This will make the Energy Superhub Oxford (ESO) the most powerful EV charging location in Europe when it opens at the end of 2021, according to Pivot Power.

Oxford’s new EV charging hub to arrive this year: The site, equipped with 38 chargers in total, will be opened before the end of 2021, the team behind the project has announced

The £41million project will support Oxford’s plans to be zero carbon by 2040 or earlier and is estimated to save 10,000 tonnes of CO2 every year once opened in Q4 of this year.

Ten Fastned 300kW ultra-rapid chargers will be available at the site from launch, providing owners with compatible cars with 300 miles of range in a 20-minute charging session.

Another 28 devices will follow later when the ESO is operational.

Some 16 of these will be Wenea devices for older EVs, offering charging solutions for cars that accept between 7 and 22kW of charge.

The remaining 12 chargers will be 250kW Tesla Superchargers for use solely by Tesla drivers. 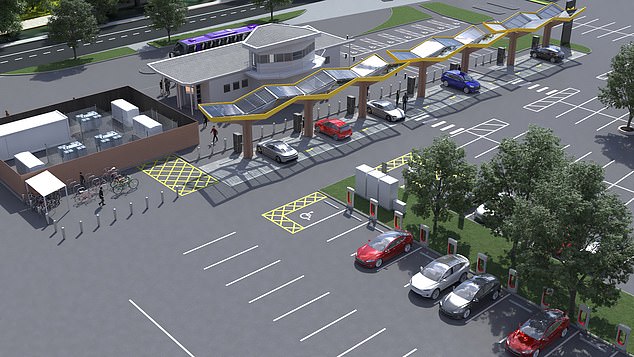 Pivot Power and Oxford City Council have entered a partnership with Dutch charging company Fastned, US EV-maker Tesla and charger provider Wenea to deliver 38 fast and ultra-rapid chargers at a dedicated new site at Redbridge Park and Ride on Oxford’s ring road 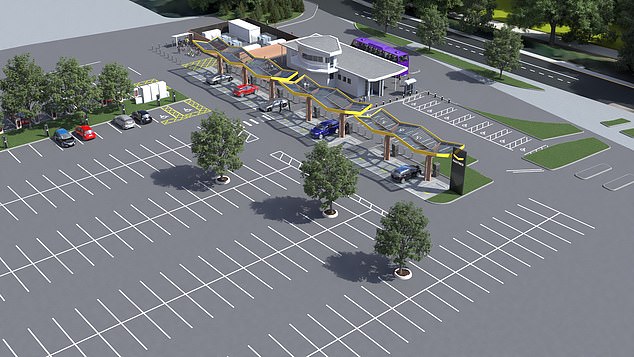 Unlike any other charging station in the UK, the new Oxford hub will draw all 10 megawatts of power from the National Grid

Unlike other charging stations in the UK, the site is directly connected to the high voltage national electricity grid.

The aim is to provide a reliable and consistent source of power that’s needed to charge hundreds of EVs at the same time, and quickly.

This will reduce any strain on the local electricity network and prevent the need for costly upgrades in the future, those behind the project claim.

It comes as Oxford City Council looks set to launch the UK’s first Zero Emission Zone (ZEZ) from 1 August, where vehicles are charged based on their emissions, with EVs able to use the zone for free.

The zone, which will encompass only a handful of streets in the city centre at first and be active from 7am to 7pm every day of the year, will charge hybrid vehicles emitting less than 75g/km CO2 £2 per day to enter, whereas the fee will be £4 for Euro 4 petrol and Euro6 diesel vehicles and £10 for all older models.

Announcing the plans on Friday, Matt Allen, CEO at Pivot Power – which is part of EDF Renewables – said: ‘Our goal is to help the UK accelerate net zero by delivering power where it is needed to support the EV and renewable energy revolution.’ 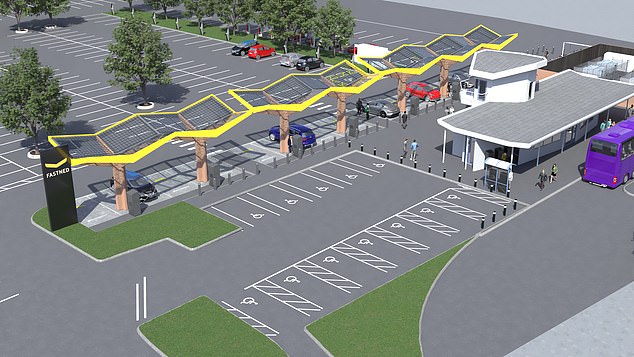 The £41million project will support Oxford’s plans to be zero carbon by 2040 or earlier and is estimated to save 10,000 tonnes of CO2 every year once opened in Q4 of this year 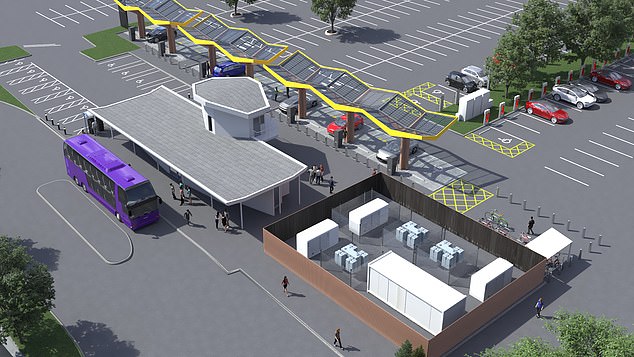 Fastned will provide 10 300kW ultra-rapid chargers from launch and another 28 devices will follow later. Some 16 will be Wenea 7-22kW devices and the remaining 12 chargers will be 250kW Tesla Superchargers for use solely by Tesla drivers

Oxford City Councillor, Tom Hayes, added: ‘For Oxford to go zero carbon by 2040, we need to electrify a lot more of our transportation. As an innovative city embracing technologies and change, Oxford is the natural home for the UK’s largest public EV charging hub.

‘We are excited to be taking a major step forward in the completion of Energy Superhub Oxford, working closely and superbly with our private sector partners.

‘As an ambitious city, we are excited about the prospect of further innovation and investments, building upon our record of transformational public and private sector delivery.”

Fastned, based in Amsterdam, has so far built 137 fast charging stations across the Netherlands, Germany, Britain, Belgium and Switzerland, and is looking to expand into France.

It plans to build at least 40 stations across its markets in 2021 and increase the number substantially in 2022.

A new report on the UK’s existing and future charging infrastructure says there is currently a postcode lottery of devices that needs to be resolved.

The new study by non-government green campaigning organisation Transport & Environment says some areas have ample infrastructure while other are a ‘charging desert’.

London has the most extensive network.

T&E says that areas such as Kensington and Chelsea, Westminster and Wandsworth already have a ‘sufficient number’ of devices to meet the charging needs from the electric cars projected to be on the road in 2025.

However, the east and south-west of England have only 18 per cent of the chargers estimated to be needed by 2025.

The worst performing local authority areas – Castle Point, Forest of Dean, Stockport, Swindon, Brentwood and Fenland – have less than 5 per cent of the charging needed in 2025. 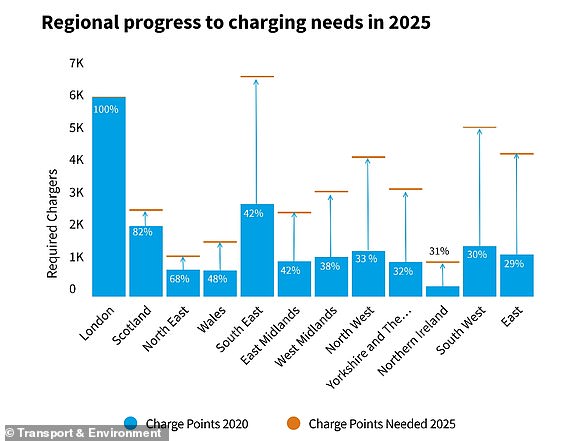 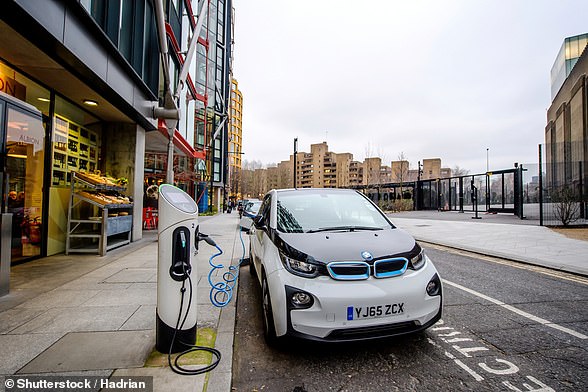 Many parts of London already have sufficient numbers of devices to meet the charging needs from the electric cars projected to be on the road in 2025. However, other parts of the UK are lagging behind

Greg Archer, T&E’s UK director, said: ‘The current network is adequate in most places, but we must level up access to public charging throughout the UK and end the postcode lottery.

‘Local authorities should be required to provide a right to charge for residents and visitors. It’s up to the government to give the funding and support needed to make this happen.’

T&E’s research suggests that if the UK’s charging infrastructure continues to grow at the current rate of around 800 new devices per month, there will be a sufficient network by 2025. But after 2025, the rate of installations will need to nearly double as the number of electric cars grows quickly and more drivers without off-street parking begin to use them.

Workplaces and car parks should be equipped with a steadily increasing number of charge points so cars can be charged wherever they are driven, T&E said.