Panesar eager to resurrect his career after training with Pakistan

Monty Panesar eager to resurrect his career after training with Pakistan: ‘I want to play professional cricket again’

Monty Panesar has been practising with Pakistan ahead of their pre-World Cup series against England in the latest attempt to resurrect his career.

Panesar, who turned 37 last week, spent two days this week bowling his left-arm spin in the nets to the Pakistanis before Saturday’s warm-up game against Kent, and told Sportsmail: ‘It’s coming out like it used to.’

Despite not playing first-class cricket since appearing for Northamptonshire almost three years ago, Panesar – who took 167 wickets in a 50-Test career that ended during the 2013-14 Ashes – remains determined to have one more crack at the first-class game.

Phone calls to many of the first-class counties produced a response from Kent’s director of cricket Paul Downton, who invited Panesar to Beckenham to bowl at the tourists.

Pakistan will play one Twenty20 and five 50-over internationals against England before their first World Cup game, against West Indies at Trent Bridge on May 31.

‘I’ve not played for a while, but the ball feels good,’ said Panesar. ‘I want to play professional cricket again and give it a go, and it was good to bowl against some international players.

‘I’ve been ringing up coaches asking for a training session. I just want to have a positive impact.’

Panesar is also opening a new academy in his name, which he hopes will help encourage more youngsters from South Asian backgrounds to make the leap from recreational cricket to the professional game.

Current estimates suggest South Asians make up around 35 per cent of the recreational playing force in the UK, a figure that drops to four per cent at first-class level. 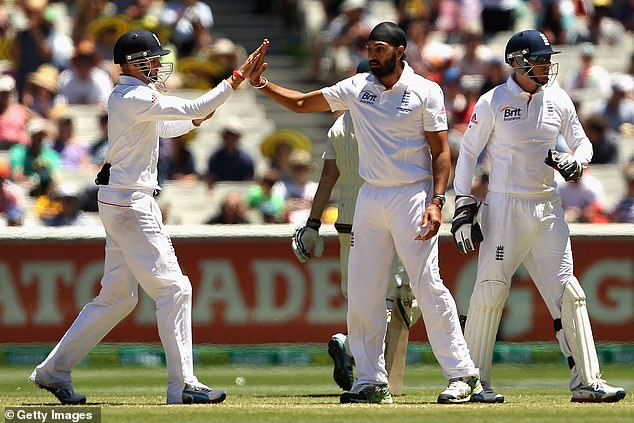