‘I see the heartbroken families’: Paralympic legend Dylan Alcott slams the government for boasting about ‘balancing the budget’ – despite a $4.6BILLION ‘underspend’ on the NDIS

‘Pretty devastated to read today that Aus went into ‘budget surplus’ today due to $4.6b ‘saved’ on NDIS funding due to delays,’ the wheelchair tennis star and disability advocate wrote on Twitter.

‘I see the heartbroken families of people who try and try to get funding but can’t, robbing them to be independent, contributing members of society. Fix it.’ 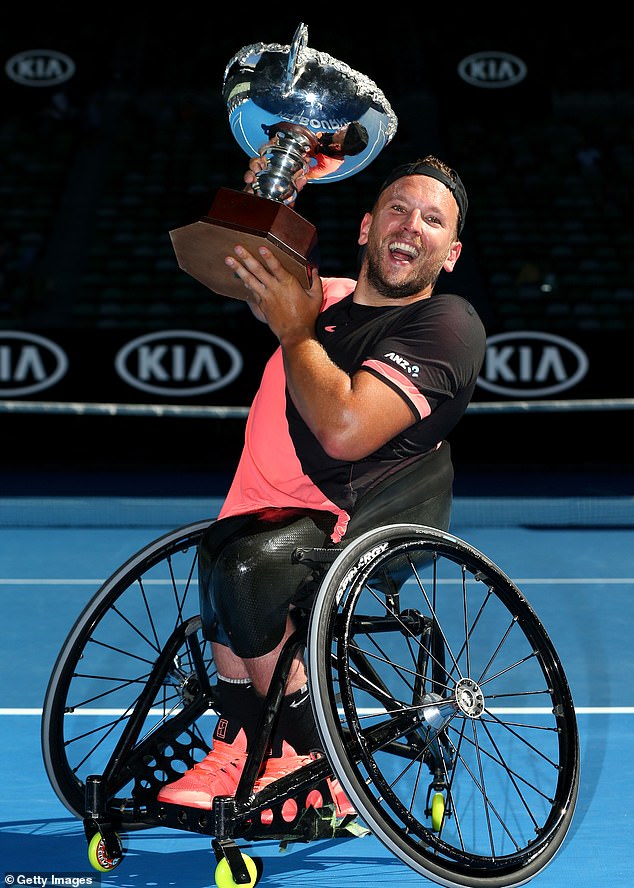 Sports champion Dylan Alcott says he is devastated the government is reducing the budget deficit with NDIS delays. The government says budget savings are because less people than estimated are accessing the scheme, not because of delays 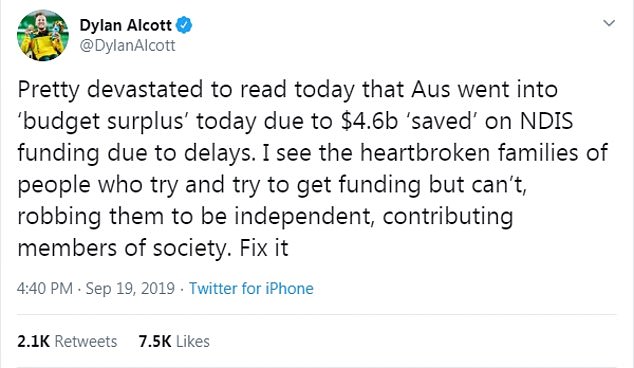 Dylan Alcott’s post slamming the NDIS delays got thousands of likes and retweets. It was reported in June that average wait times for NDIS plan finalisation was more than 100 days

The NDIS scheme is uncapped and demand-driven, so there isn’t a set amount allocated for it – the spending depends on how many people qualify, and the government tries to estimate this number in advance.

Minister for the National Disability Insurance Scheme (NDIS) Stuart Robert told Parliament yesterday that the $4.6billion saved was only due to lower-than-expected participant numbers thanks to estimate errors.

The estimated NDIS spending for the 2018-19 Budget had originally been for 302,172 people to access the scheme at an estimated cost of $46,400 per participant, Robert said, but when the data came in from the states and territories, only 199,000 citizens could be found.

‘100,000 people, from data provided by the states and territories, have not been able to be found or have been double-counted or, frankly, the data is wrong,’ he said.

In accounting terms, the figure can be said to have put the federal budget in balance for the first time since 2007-08, the Guardian reported.

‘These outcomes demonstrate the Government’s economic plan is working and confirming the budget is on track and will be back in the black for the 2019-20 year,’ Frydenberg said on Thursday.

The slow granting of NDIS help has proven a sore point for many, with the Guardian reporting in June that the average waiting time for an NDIS plan to be finalised was more than 100 days.

‘My Dad is one of those people,’ wrote one Twitter user in response to Mr Alcott’s post. 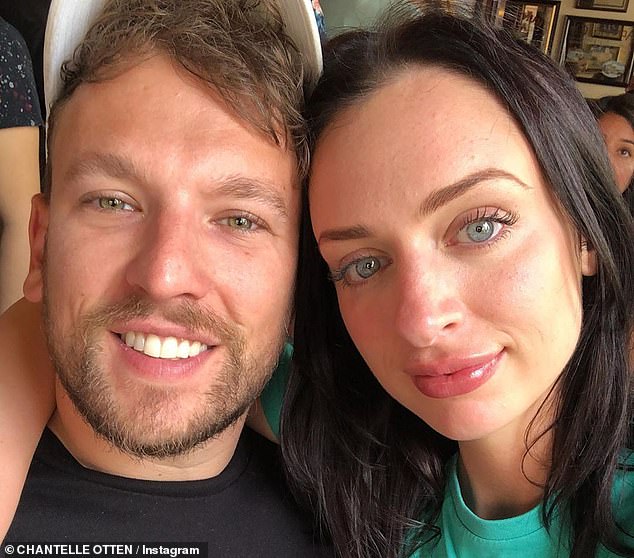 Dylan Alcott with Chantelle Otten. Mr Alcott is furious that people with disabilities are being forced to struggle while waiting for NDIS payments

‘He’s only just gotten 2 of the 3 things he was approved for last year, the last being a desperately needed custom made wheelchair that will not only make him more comfortable but make transfer easier, taking the strain off my poor mother.’

The Government began a review of the NDIS legislation in August in order to streamline the process and cut wait times.

‘The funding is there, the money is in the budget, but we can only spend at the pace the market is available to develop to meet that demand,’ he told Seven Network’s Sunrise. 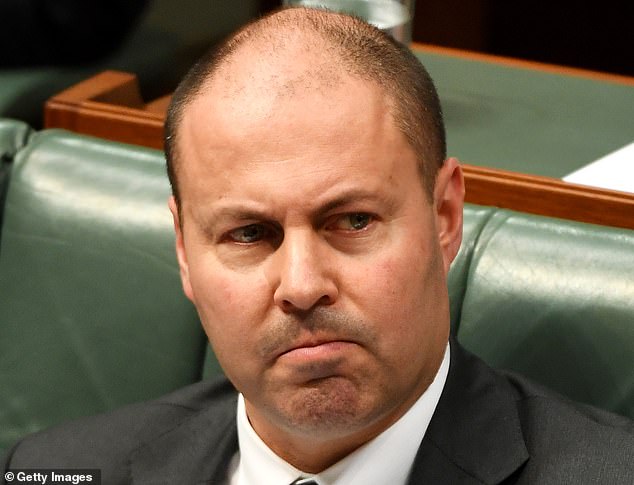