Parents have hit out at Legoland after it closed its new ride due to ‘technical issues’ in the height of the Easter holidays as hundreds flock to the park..

The theme park in Windsor, Berkshire announced on FB that the attraction which features Lego gargoyles and talking statues was closed due to ‘technical issues’.

Parents have hit out at Legoland after it closed its new ride after just one day. 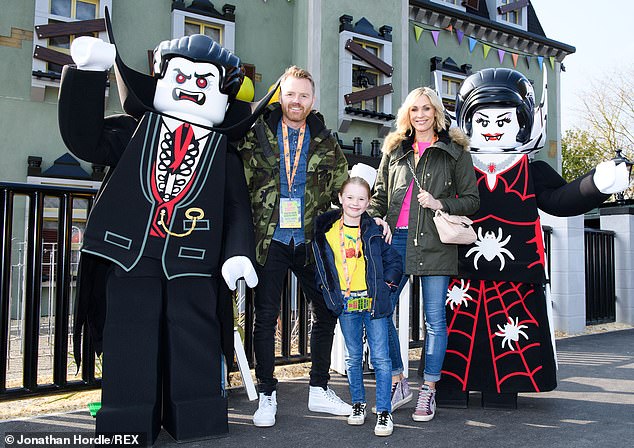 The Windsor theme park announced on FB that the Haunted House Monster Party ride was to close due to ‘technical issues’.

There was a queue of upset children at the park today.

Lauren Melling, 30, said she travelled from Leigh-on-Sea in Essex with her two sons – four-year-old Teddy and seven-year-old Jayden – specifically for the new ride on Saturday and queued for two hours before being turned away.

Dental nurse Ms Melling said her children got drenched in the rain, and said: “Massive, massive queue. It was ridiculous.”

She said they were told the ride had broken down due to a “technical fault”, adding: “It wasn’t fun.”

She said the ride appeared to have only worked for an hour or so before breaking down.

“There was a lot of people moaning. There was loads of people that had gone there, clearly like us, for that ride.

“So yeah, people were really annoyed.”

Gemma Atkinson wrote on Facebook: ‘Gutted was just about to leave as the kids wanted to go on this today. Hope you get it back up and running soon.

In a statement, the resort said: ‘We’re experiencing technical issues with the Haunted House Monster Party, which means that we won’t be in a position to open the ride today (Sunday 14 April).

‘We are working with the ride manufacturer to have the ride back in operation as soon as we can and we’ll keep you informed of any updates on our social channels.

‘We apologise for any disappointment and hope you will enjoy the many other rides, shows and attractions across the Resort.’

The Haunted House Monster Party took two years to build from concept to creation, and features a whopping 106,000 LEGO bricks.

It includes a whole host of spooky characters, from LEGO brick built gargoyles and bats, to a glow in the dark floating ghost.

People are greeted on the attraction by joke-telling Lego brick gargoyles and talking statues.