Parents of twin girls, 3, killed in Batlow NSW fire to be spoken to by police

The ‘traumatised’ parents of twin three-year-old sisters who were killed in an out-of-control house fire will be interviewed by police in the coming days as harrowing details about the tragedy emerge.

Aisha and Lailani died when flames engulfed their family’s housing commission home at Batlow, in southern New South Wales, at about 11am on Monday.

Their mother Tanyka Ford, 29, and five-year-old brother Dominic were forced to watch in horror as the blaze took hold.

The girls had deadbolted the front door when Ms Ford stepped outside to throw away a pillow which caught alight from a log fire in the front room.

Emergency services arrived and eventually forced their way inside the home, but it was too late to save Aisha and Lailani.

The sisters, who reportedly died from smoke inhalation, were found unconscious and holding hands in the front room.

Aisha and Lailani died when flames engulfed their family’s housing commission home at Batlow, in southern New South Wales, about 11am on Monday 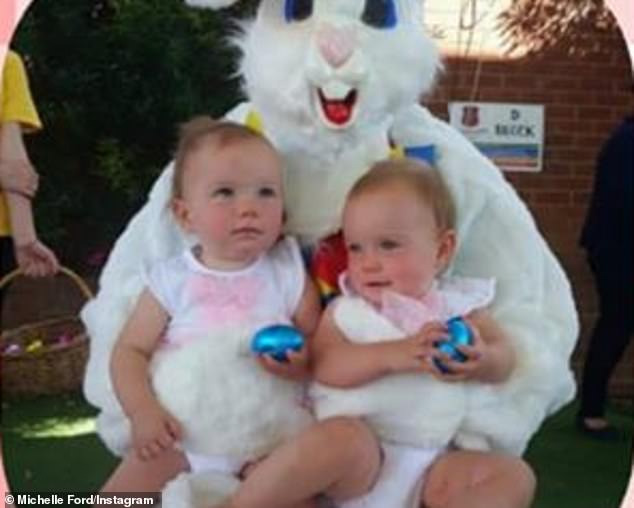 Police on Tuesday confirmed they would be speaking to both Ms Ford and the girls’ father Geoffrey Dubois in relation to the incident.

Special investigators also briefly spoke with Ms Ford’s five-year-old son, who stood beside her on the footpath as their home burned.

‘We’ll have a more in-depth conversation if she’s well enough with the mother today – there is the father of these children who we’ll be speaking to, and neighbours,’ Commander Noble said.

Fire and Rescue Superintendent Thomas Freedom said officers would keep ‘an open mind’ during the early days of the investigation and hope the little boy can provide crucial information.

‘The mother and the young child that were here at the time will provide information that will be critical to investigators and that’s our starting point but I assure you that won’t be the end point,’ he said. 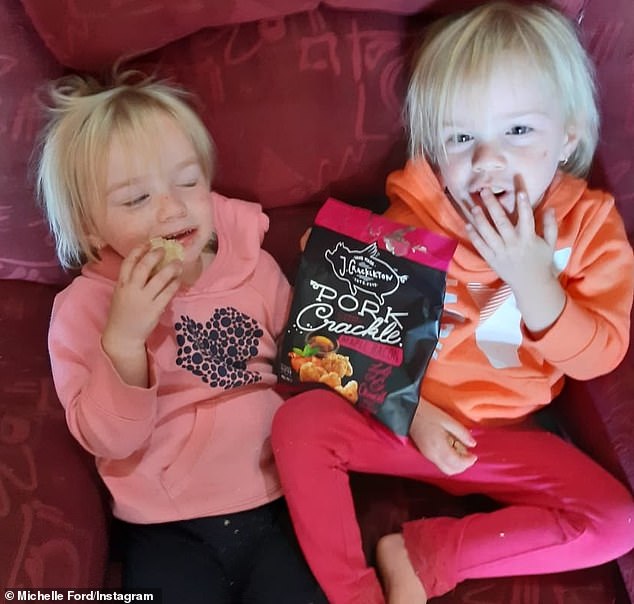 As the fire roared to four-metres high first responders tried desperately to rescue the girls, but could not force their way inside the home

‘It’s difficult for investigators to interview young children, particularly in an instance where that young child has lost two siblings.’

Commander Noble said: ‘What we obviously have is two young children who have died. Obviously the mother of the children was present at the time of the fire, as was an older sibling.

‘We need to approach this from an objective point of view and keep all possibilities on the table.’

Experts from the NSW State Crime Command arson squad have been at the scene and will be assisting local detectives in their investigation.

There is no suggestion of wrongdoing on the part of either parents or any other family member.

The girl’s aunt Tammy Dubois, 39, said her sister-in-law was screaming at the twins to unlock the door because ‘there must have been something else burning in the front room’, The Daily Telegraph reported.

‘The girls couldn’t speak, they had their own special language, they adored each other, they were found in the front room huddled holding each other’s hand,’ she said. 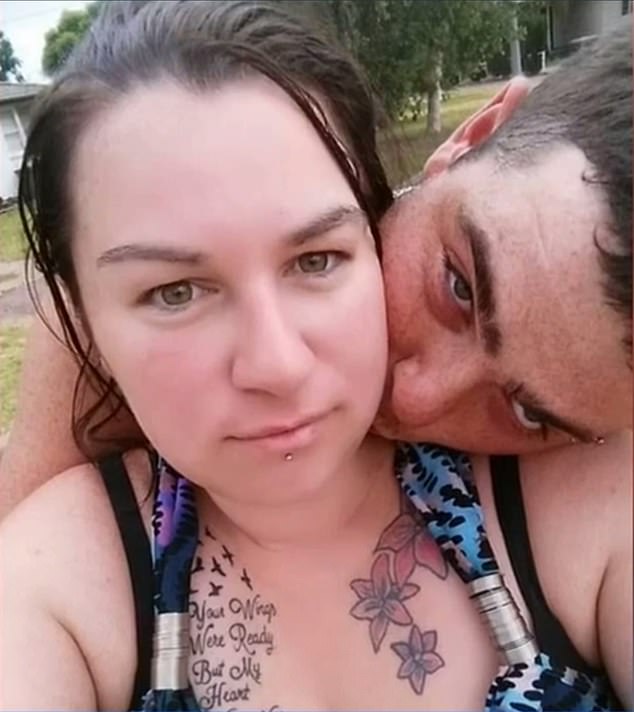 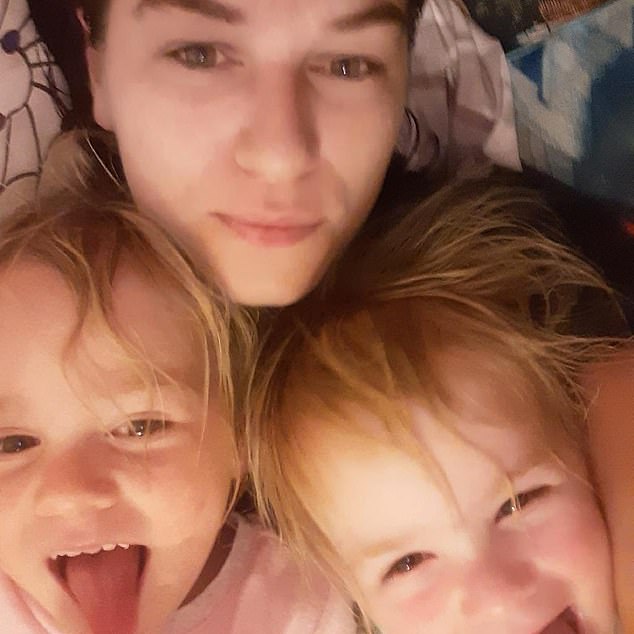 Aisha and Lailani’s shattered family have already raised more than $8,700 through a GoFundMe page for Ms Ford.

‘My sister tragically lost her three-year-old twin daughters in a house fire, which claimed not only the lives of these two young children but also their home and belongings,’ the twins’ uncle Levi wrote.

‘Her son has lost all the belongings including toys and clothing….Losing everything is hard enough without having to worry about financials.

‘Anything no matter how small would be appreciated.’ 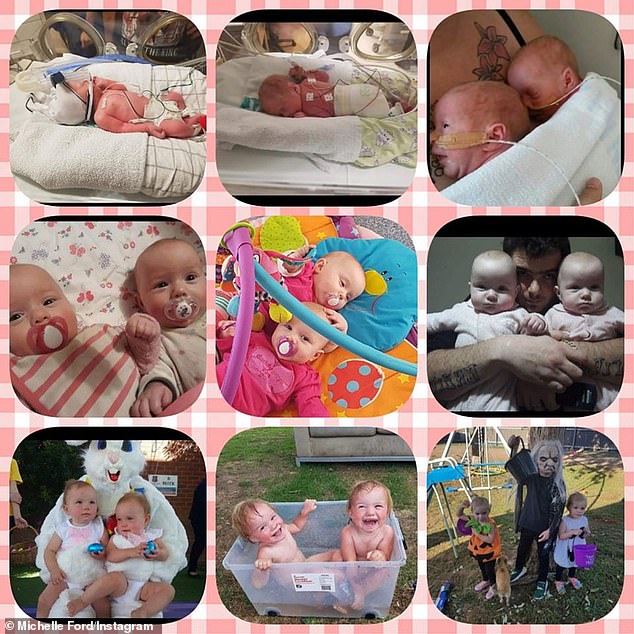 A GoFundMe page has been set up to raise money for the family, while their nanna Michelle Ford posted this collage as a tribute to her granddaughters 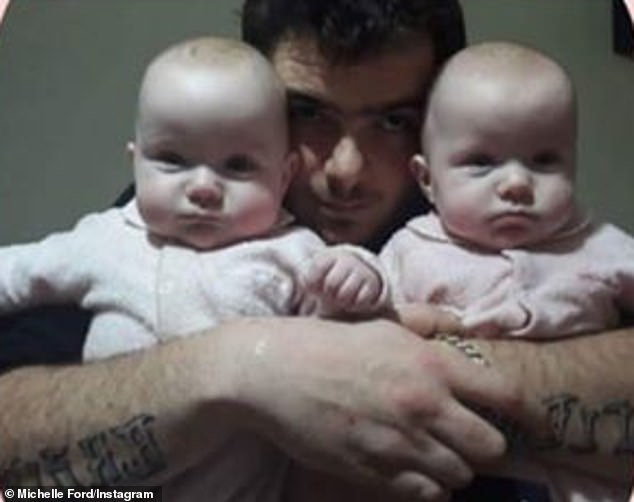 Ms Ford’s heartbroken mother Michelle, who lived in the nearby town of Tumut, paid tribute to her grandchildren on Facebook on Monday night.

Ms Ford’s aunt Melanie said any donations would help the family, who lost everything in the fire.

‘My niece Tanyka Ford lost her beautiful twins in a devastating house fire,’ she wrote.

‘If anyone can help out with a donation no matter how small it is. Words can’t begin to describe her pain and loss right now.’

Adding to the difficulties for NSW Police investigators is the danger of entering the home, which is unstable as a result of the fire. 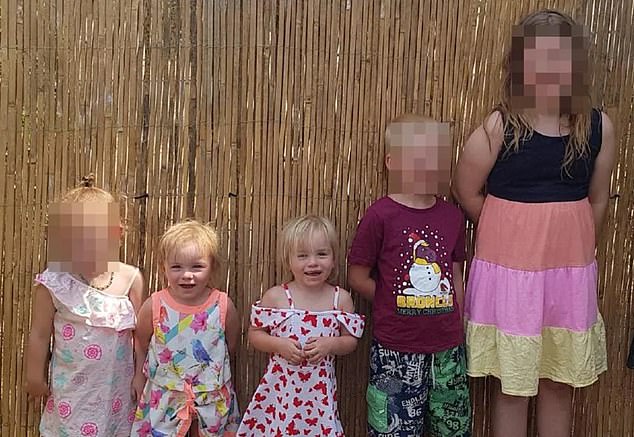 The little girls were trapped inside the home as it went up in flames, and could not be saved 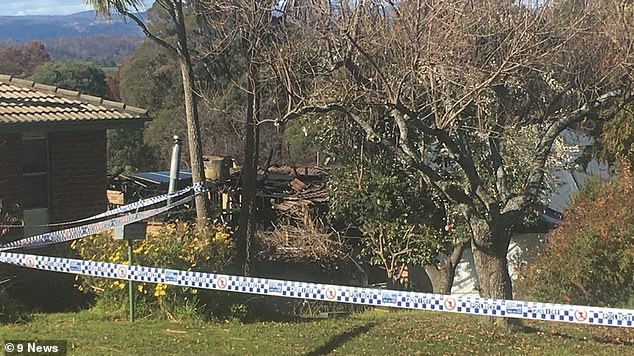 Police said a small woodfire was understood to be burning inside the home at the time, but it was not known if it had caused the blaze (the house after the fire was extinguished pictured)