Savita Halappanavar in Galway, Ireland before her death in 2012

The parents of a woman who died in Ireland after being refused an abortion during a miscarriage said ‘the battle is won’ after last week’s referendum result.

Savita Halappanavar, 31, died from a septic miscarriage after medical staff refused to terminate her pregnancy because her unborn baby still had a foetal heartbeat.

Her death in October 2012 reignited a fierce debate over abortion in Ireland and ultimately led to the campaign for a referendum.

On Friday last week Ireland voted to amend strict eighth amendment abortion laws in a landmark decision which Savita’s family hailed as a ‘victory on her behalf’.

‘It was a battle of six years and the battle is won,’ Savita’s mother Akkamahadevi Yelagi told the BBC.

‘Her soul will rest in peace now. ‘We are thankful to those who fought the battle for my daughter.’ 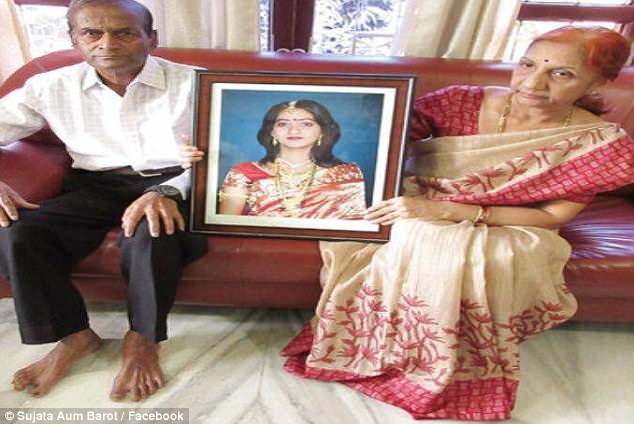 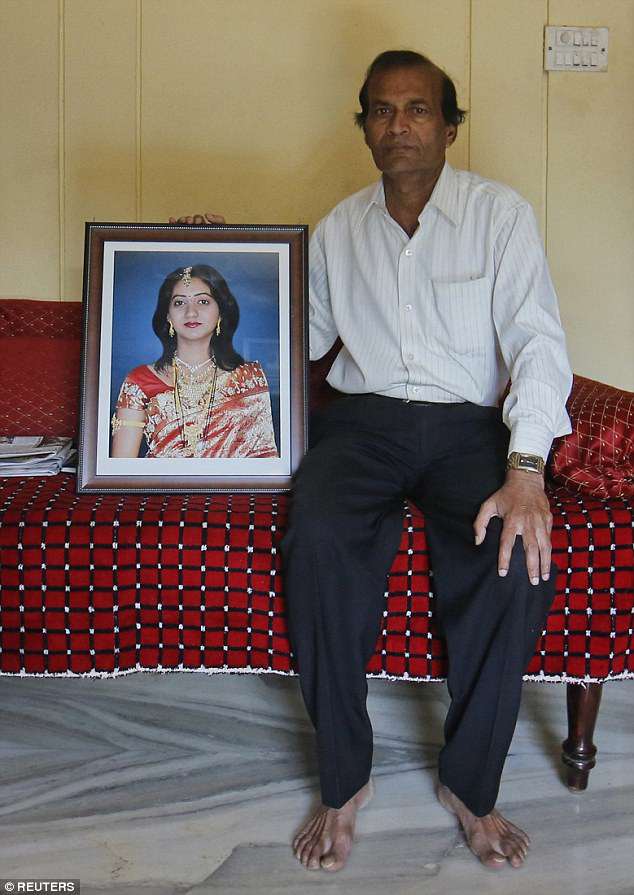 Andanappa Yelagi, the father of Savita Halappanavar holds her portrait at his home in Belgaum, India 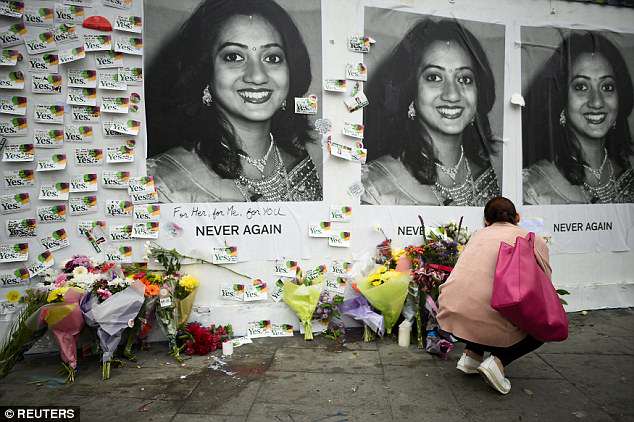 Messages are left at a memorial to Savita a day after the referendum to liberalise abortion laws was passed by popular vote, in Dublin 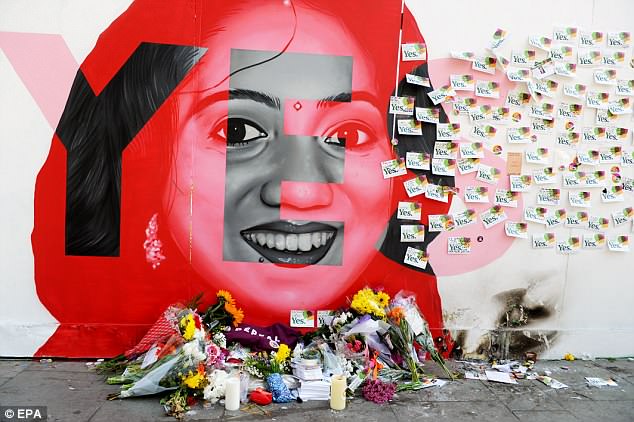 66.4% of voters in Friday’s referendum backed repeal of the controversial Eighth Amendment of the constitution, which bans abortion in all but exceptional circumstances.

Following the historic decision, pro-choice campaigners have backed calls for Ireland’s new abortion laws to be named after Savita.

The Together for Yes coalition said calling the new legislation ‘Savita’s Law’ would recognise the ‘great debt’ the Irish people owed to her.

‘In terms of Savita and her family I think our country owes them a great debt and we were so honoured and so touched by the support that they lent to the campaign over the course of it,’ Yes co-director Grainne Griffin said.

Savita’s father, Andanappa Yelagi, told local media at the family home in India he supports calls for the new legislation to be named in her honour.

‘I was really glad to see her father say that yesterday they felt they had justice for their daughter,’ Ms Griffin added. 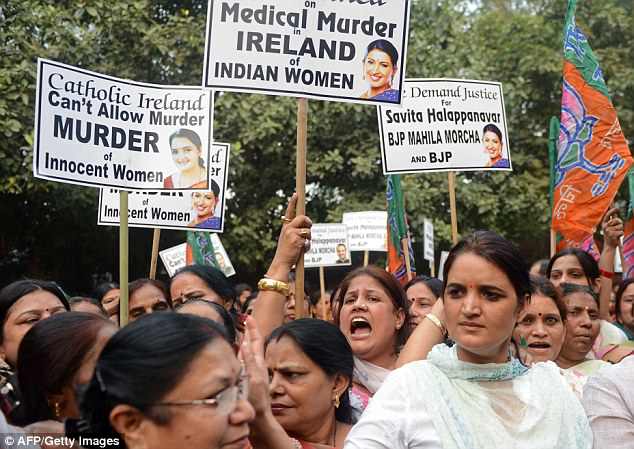 After her death in 2012, thousands of women took to the streets of India to campaign for changes to the Irish abortion law 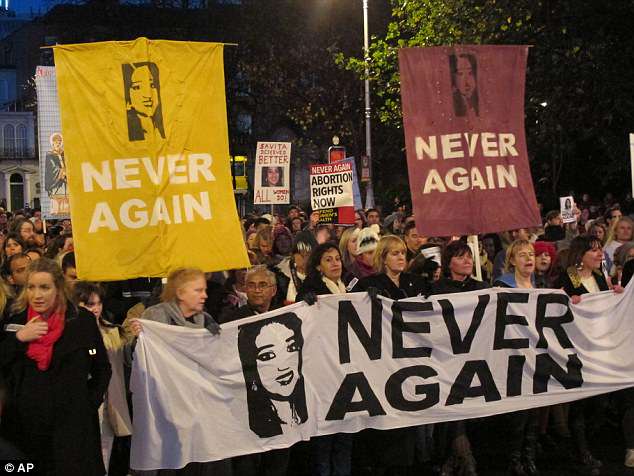 Hundreds of people on Sunday continued to leave flowers and candles at a large mural of Savita in Dublin.

Many people left floral tributes and handwritten notes saying that her death had influenced their decision to vote.

Crowds of pro-choice campaigners also chanted the name ‘Savita’ outside Dublin Castle as the official results of the referendum were announced on Saturday.

The vote overturns a law which, for decades, has forced over 3,000 women to travel to Britain each year for terminations that they could not legally have in their own country.

After the vote, Together for Yes co-director Orla O’Connor urged the Irish government to move swiftly to repeal the eighth amendment laws as soon as possible.

‘After this phenomenal vote to remove the Eighth Amendment we now need to move very quickly to introducing and progressing the legislation,’ Ms O’Connor said.

‘We are calling on the Government to now start the process next week. The people have spoken, they have spoken very loudly and we now need to see this legislation happen quickly because as we know today, as we are here, there are women who are planning their journeys and who are having to travel to access abortion outside of Ireland.’