A car has smashed into a pharmacy next to a kosher food shop in Golders Green, north London as Passover shoppers prepare for this Friday’s celebration.

Two people have been injured in the collision which saw the silver Jaguar mount the kerb and plough into a shop.

Witnesses saw the car mount the kerb and it one man who was clinging to the windscreen. As the car sped along the pavement, it knocked down an elderly gentleman before smashing into the pharmacy.

Scotland Yard confirmed one man has been taken to a central London hospital with life-threatening injuries.

Two people have been injured after a car ploughed into a shop in Golders Green, London 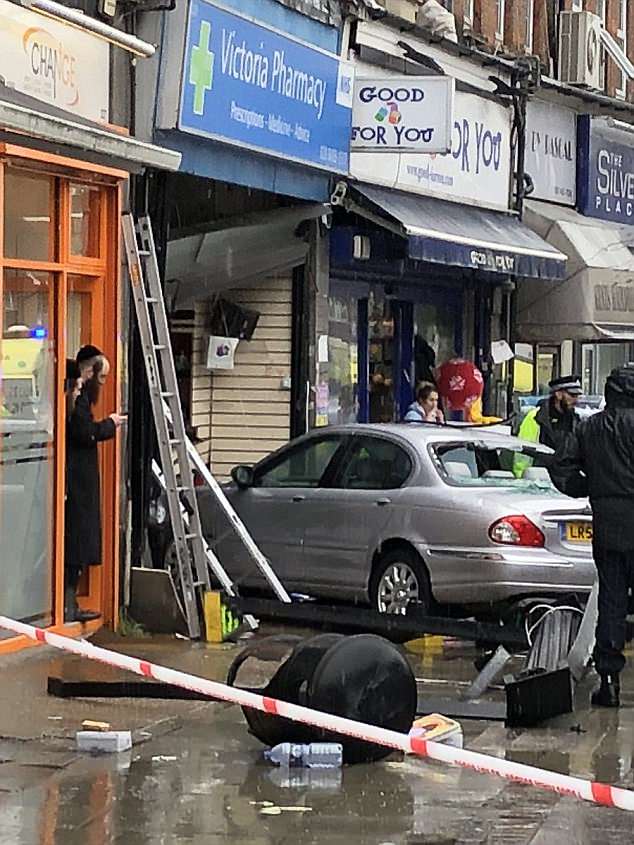 The incident happened on Golders Green Road, NW11 around 11.46.

Video shot at the scene showed members of the public race to the scene to assist those who were injured.

The Met Police said they are awaiting an update on the second person’s condition.

The main Golders Green Road has been temporarily closed with the emergency services deal with the scene.

A Scotland Yard spokesman said no arrests have been made.