Phototherapy, also known as light therapy, is used to help with everything from skin conditions to painful joints.

For years these treatments have been available only in clinics, but the technology has now been scaled down into smaller devices available over-the-counter or online to use at home.

Pat Hagan asked experts to assess some of the devices. We then rated them.

CLAIM: This pen-shaped gadget has a bulb at one end. What it emits is made up of red and blue light — the manufacturer says blue light destroys acne-causing bacteria in and around the spot, while red light penetrates the skin to dampen inflammation. You hold the battery-powered pen directly against the blemish for two minutes at a time, three times a day.

EXPERT VERDICT: ‘This is likely to be of some benefit for mild acne, or occasional spots,’ says Dr Anshoo Sahota, a consultant dermatologist at The Shard Clinic in London. ‘The bacteria that cause acne are sensitive to certain wavelengths of light — including red and blue. The light triggers the release of destructive molecules, called free radicals, that kill the bacteria. It wouldn’t be suitable for large areas as it would take too long to treat.’ 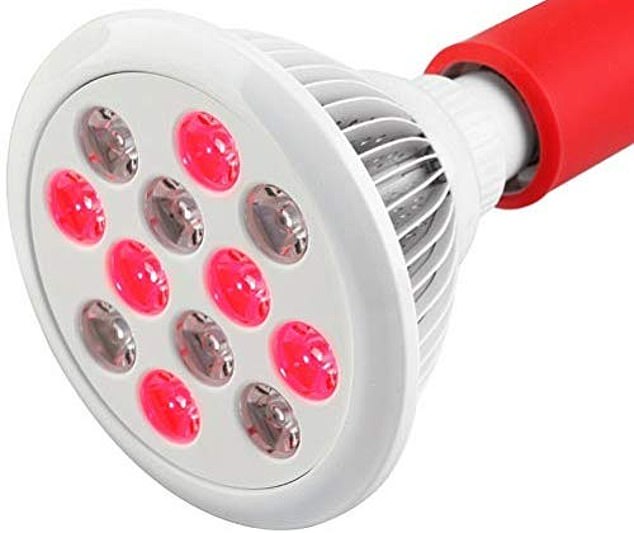 CLAIM: A mini lamp, the size and shape of a domestic spotlight bulb, which the maker says can help with a wide range of ailments, including joint pain and osteoarthritis. It has 12 LEDs that emit red light said to soothe joint or muscle pain; the maker claims that the light’s wavelengths penetrate deeper into body tissue than other wavelengths. It’s designed to be used regularly directly on the area of discomfort, to keep pain under control.

EXPERT VERDICT: ‘This may give some relief, simply by heating the joint a little, because heat soothes pain by dilating blood vessels and improving blood flow, as well as relaxing muscles in the area that may have become tense,’ says Adam Ajis, a consultant foot and ankle surgeon at the private BMI Goring Hall Hospital in West Sussex. ‘But it’s not going to have an anti-inflammatory effect like ibuprofen or other anti-inflammatory drugs. It’s probably no better than Tiger Balm, which you rub on the joint, to give a warming sensation — but this is a lot more expensive.’ 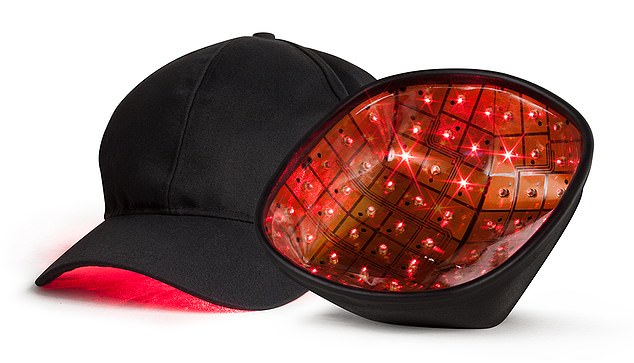 CLAIM: This looks like an ordinary baseball cap but sewn inside are dozens of tiny lights. These generate low-level laser light — which the maker says are harmless to skin but are able to penetrate into the scalp where they stimulate blood flow to the hair roots (follicles). This increased blood flow is said to promote hair growth and slow down the rate at which hair is shed. The advice is to wear it for 30 minutes, three times a week.

EXPERT VERDICT: ‘This generates light of the right wavelength to penetrate the skin and reach the follicles,’ says Rali Bozhinova, a trichologist [hair specialist] at the London Belgravia Centre. ‘The main cause of hair loss is excess levels of the hormone dihydrotestosterone, but improved blood flow may help new hair grow and last longer.

‘But these devices are not a magic cure for hair loss and are expensive. We offer them as a booster for patients who are already on prescription medicines for hair loss, such as finasteride, but they’re not suitable as a first-line treatment.’ 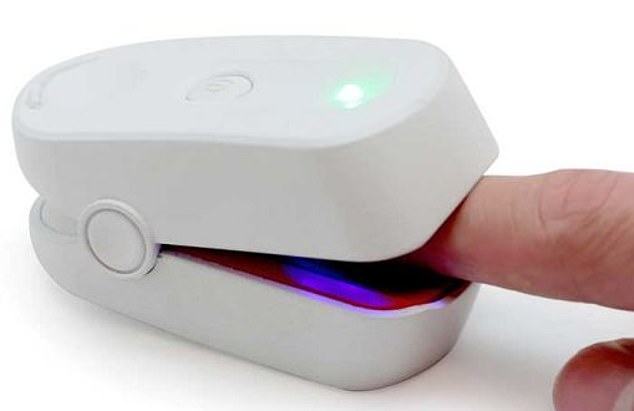 CLAIM: This device clips on the nail and uses laser light to destroy the fungus — the manufacturer recommends the battery-powered gadget is used for seven minutes a day for up to four weeks.

EXPERT VERDICT: ‘This light is very unlikely to work,’ says Dr Sahota. ‘Fungal nail infections are hard to shift; GPs often prescribe anti-fungal tablets that are taken daily for up to six months. Much more powerful lasers have been used to try to treat nail fungus in clinics and they only worked around 10 to 20 per cent of the time. The light output from this will be a lot lower so it is likely to be even less effective.’ 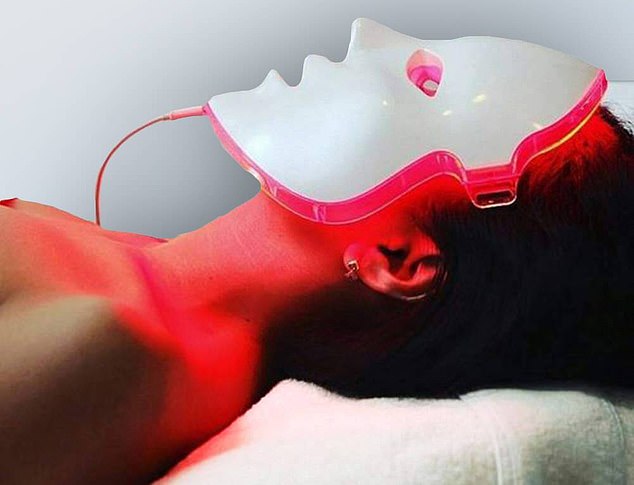 CLAIM: The inside of this mask, which covers the entire face, is lined with 150 LEDs said to ‘stimulate your skin cells’ self-healing capacities’, reduce facial inflammation, and reduce the levels of demodex mites on the skin — these mites are associated with rosacea, a skin condition that causes facial flushing and redness. The mask, from a Swiss firm, should be used for up to 20 minutes, at least three times a week and the maker says improvements should be seen within two weeks.

EXPERT VERDICT: ‘The red light in this device is known to have anti-inflammatory effects,’ says Dr Sahota. ‘But it’s unlikely to be able to kill the mites in the skin and its impact on severe rosacea — where the inflammation becomes so intense it can lead the skin to thicken and swell, usually around the nose — is likely to be limited. It could help in mild cases but it’s not a cure and if you stop using it the problem returns.’

TINY BULBS TO DRY UP A RUNNY NOSE 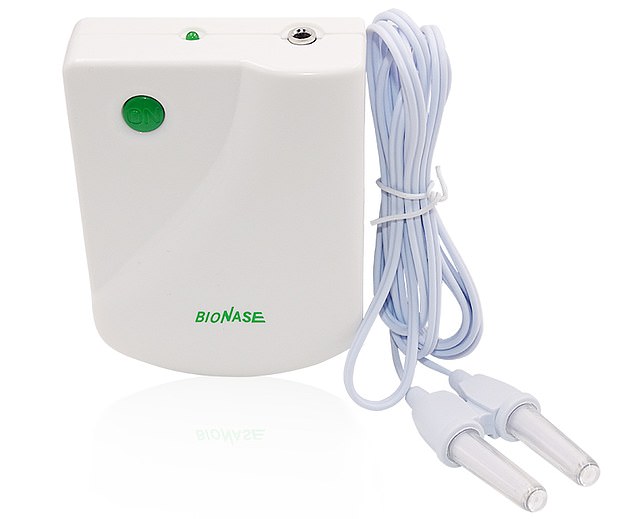 CLAIM: This device has two tiny LED bulbs that are inserted into the nostrils and attached by wires to a hand-held controller.

When switched on they emit a visible red light the maker says can dampen down inflammation, easing symptoms such as sneezing, runny nose, headaches and teary eyes over a period of weeks. It’s meant to be used three times a day — for four to five minutes at a time — until symptoms reduce.

EXPERT VERDICT: Professor Adam Fox, a consultant allergist at Guy’s and St Thomas’ Hospital in London, says the nose zapper is unlikely to be worth the money. ‘There isn’t enough strong evidence to recommend it to patients and the devices are not recommended by any current clinical guidelines,’ he says. 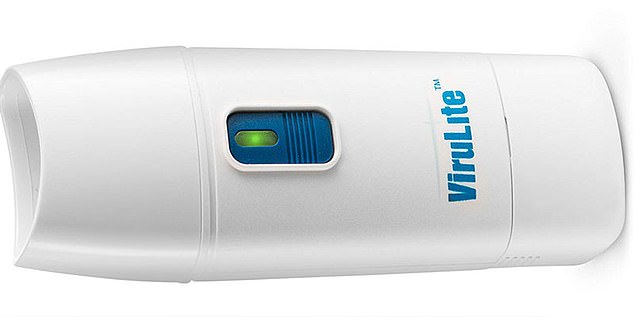 CLAIM: Roughly the size and shape of an electric shaver, this is held against a suspected cold sore for three minutes at a time, twice a day for two days. It emits an invisible laser light (like a TV remote control) and has a built-in timer when the three-minute application time is up. The manufacturer claims it enhances local immune response and halves cold sore healing time.

A trial by the maker showed Virulite healed cold sores in an average 4.3 days, compared to 8.1 days for aciclovir cream, one of the main drug treatments, reported the Journal of Clinical and Experimental Dermatology in 2001.

EXPERT VERDICT: ‘While mild cases of cold sores may not need any treatment, as a general rule, all treatments work best when you start them as soon as possible,’ says Dr Anita Amin, a consultant dermatologist at BMI Goring Hall Hospital in West Sussex.

‘Virulite is a proven effective way to get rid of your cold sore quickly and is safe and easy to use.’

LIGHT BOX FOR THE WINTER BLUES 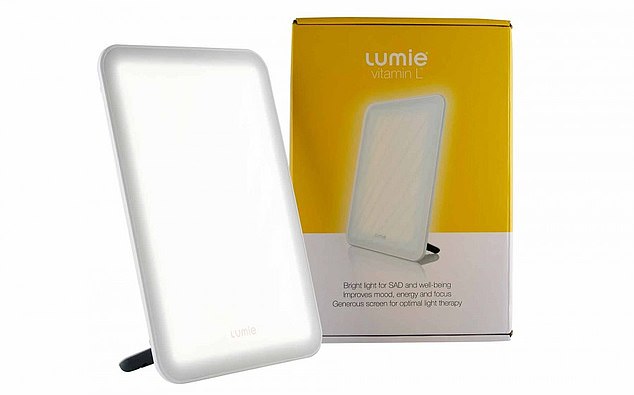 CLAIM: A light box said to reduce seasonal affective disorder, a form of depression that affects people at certain times of the year, especially winter.

It’s thought less exposure to sunlight in shorter winter days stops part of the brain — the hypothalamus — from producing the feel-good hormone serotonin, resulting in low mood. This light box is said to simulate the effects of sunshine and boost serotonin levels. Its maker says this can make a big difference to symptoms such as tiredness, over-eating and a lack of energy and motivation.

To use it, sit within a few feet, usually to one side, allowing light to penetrate the eye and reach the brain without causing ‘blinding’, for about 30 minutes a day in the darker months.

EXPERT VERDICT: ‘Light boxes are very effective for the winter blues if they are the correct strength,’ says Dr Olga Runcie, a consultant psychologist at BMI The Albyn Hospital in Aberdeen.

‘They should be at least 10,000 lux — a measure of how luminescent the light is. Any less and they may not have the desired effect as they’re not strong enough. They aren’t yet recommended by NICE but we use light boxes a lot in clinical practice.’

Mature well: How health gets better with age

The morning after becomes less of a headache as we get older. From throbbing heads to nausea and exhaustion, men and women suffer fewer hangovers and fewer symptoms with age. This is the finding of a study of more than 50,000 Danes aged 18-94.

They were asked how much alcohol they consumed, how often, and detailed questions on how they felt afterwards. Under-30s were almost seven times as likely to have a severe hangover after five or more drinks than those aged 60-plus, the 2013 study found.

The University of Southern Denmark researchers said older drinkers may have built up a tolerance or found ways to prevent or treat one, from consuming lots of water to ‘folk remedies’ such as aspirin and Bloody Marys.

In the journal Alcoholism: Clinical and Experimental Research, the researchers said that though it is widely believed hangovers get worse with age, theirs is the first proper study.

‘This paper addresses a significant gap in the alcohol research literature,’ they wrote.