Paul Gallen has been left questioning his boxing future after falling short in his tilt at heavyweight title glory after being outclassed by Kris Terzievski in Newcastle.

Gallen, 40, entered Wednesday’s fight desperate to rubber stamp a mega-fight against Sonny Bill Williams to end his strong professional boxing career and needed a convincing win over his Victorian rival to do so.

However, the bulldozing former Cronulla Sharks captain was outfoxed by his taller, more skilled rival who set a ferocious pace from the outset and left Gallen playing catch up.

Terzievski systematically attacked Gallen’s body and found a home for his booming straight left hand throughout the ten-round contest, but alarm bells sounded for the 32-year-old as he fatigued towards the back end of the fight.

Gallen put in a superhuman effort to pressure his rival and looked to have Terzievski in serious trouble in the ninth round with the younger fighter out on his feet and somehow surviving to reach the final three minutes.

The 40-year-old was crestfallen after Terzievski was handed a unanimous points victory, and admitted that age has finally caught up with him.

‘I felt a little bit tired in the middle rounds,’ he said. ‘I am always humble in victory and humble in defeat.

‘I left it too late and he is obviously a good boxer and moved away from me. I am not going to make any decisions [on retirement] now, I just felt like I couldn’t go as I normally go.’ 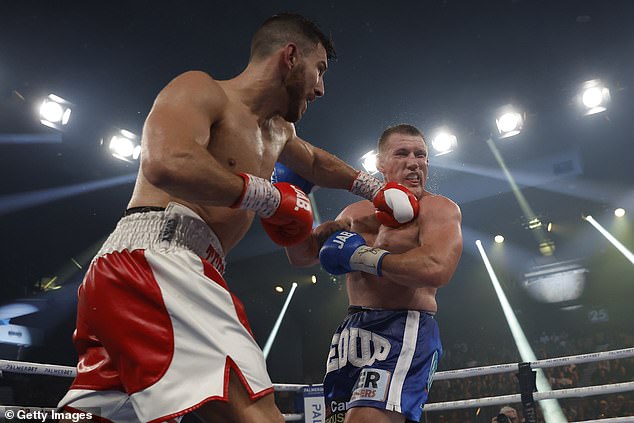 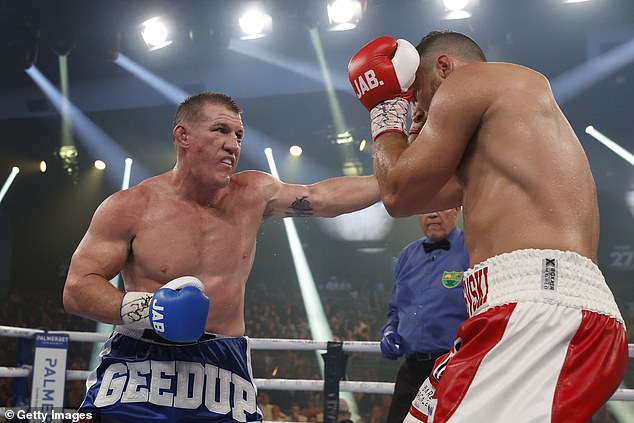