Paul Scholes has opened up on the time he refused to come off the bench for Manchester United, comparing his situation to Cristiano Ronaldo last week.

Ronaldo was back in the starting line-up for United’s Europa League fixture with Sheriff Tiraspol tonight, after refusing to come off the bench in their 2-0 victory over Tottenham.

Former England international Scholes meanwhile refused to play Arsenal in a League Cup clash in November 2001 – just 24 hours after he was frustrated only to make a short cameo in a 3-1 Premier League defeat to Liverpool. 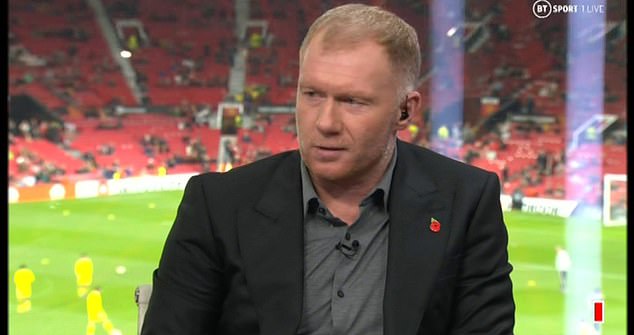 Scholes, who received a fine for his actions by Sir Alex Ferguson, described it as a ‘low point’ in his career, but insisted that he sympathised with Ronaldo.

He told BT Sport: ‘This week I saw it’s been mentioned a few times what I did and it was a low point in my career. I look back and regret, it was so wrong to do.

‘I sympathise with Cristiano. He did the wrong thing but my situation we was playing Liverpool on the Sunday and then playing Arsenal in the cup on the Monday which was unheard of. I was left out of the Liverpool (starting line-up) game and I was upset about it.

‘Usually when I got left out I could understand but for some reason that day I was so upset. I wanted to be part of it. And as the game goes on. The team went 2-0 down, thought the manager would bring me on but he didn’t.

‘It gets in your head, you get to an hour and still not on, your head goes and I think same thing has happened to Cristiano where he’s thinking he’s been left out. A biggish game, the year before he scored a hat-trick against Spurs, saw team miss a lot of chances and he would be thinking he could score goals against this team easily. 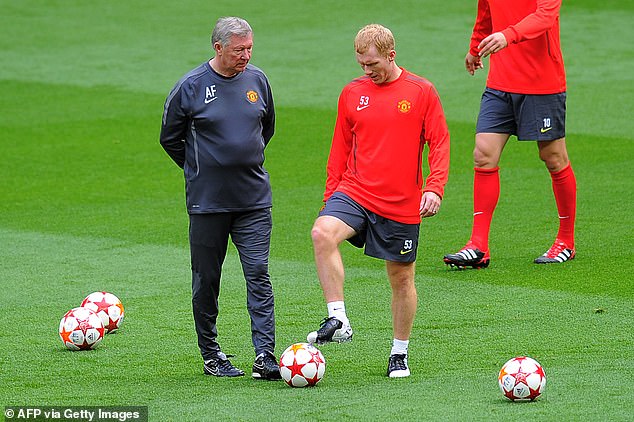 ‘Longer game goes on the more you get upset, the red mist comes. You’re not thinking straight. To ask him to come on with two or three minutes, Cristiano would be thinking “is he taking the mickey out of me?”

Ronaldo has been the subject of speculation over his future since the summer after he wished to leave the club, only to end up staying at Old Trafford.

Since then he has often had to sit the big-games out, appearing more as a substitute than a starter this season. 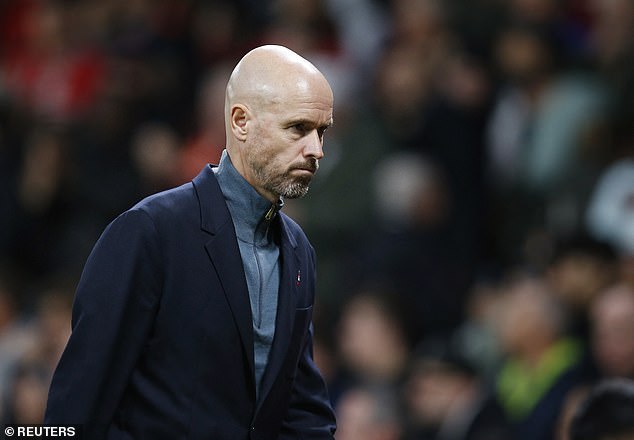 He said: ‘I think the manager needs to show some common sense. You’re looking back at an experienced player and you’re asking him to go on with two minutes to go in a game that’s won. You can understand Cristiano being incensed.

‘I heard lot of people say Sir Alex would have gone crazy if this happened. I don’t think he would have ever done that. Two minutes to go in a game you’ve won you’re bringing a kid on.

‘It’s difficult to say it’s disrespectful because it’s the manager’s job and he has the right to ask anybody to come on. But with Cristiano it’s clear that he isn’t in his plans.

‘He doesn’t see him as part of his plans, in the big games. He sees him more of a substitute. He feels he can play every week but I don’t think the manager sees it this way.’