‘He’s always given me the freedom to go out, perform and play where I want’: Paulo Dybala credits success at Juventus to coach Massimiliano Allegri

Paulo Dybala believes he has been given freedom to play where he wants by Juventus manager Massimiliano Allegri.

The Serie A leaders travel to play Atletico Madrid in the last-16 of the Champions League on Wednesday evening.

Juventus have lifted the European Cup twice, although not since 1996 and have lost two finals since, in 2015 and 2017. 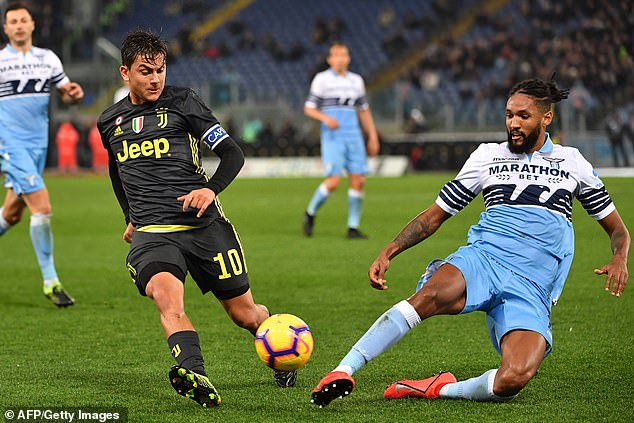 Speaking to UEFA.com, Dybala was full of praise for coach Allegri despite a reported disagreement between the pair following an incident after a 3-3 draw against Parma in the Serie A on February 2.

The Argentinian forward said: ‘I have learnt a great deal form him, particularly in terms of the way we work, how to be a model professional and being fully focused during training so that you know what to expect during games.

‘Right from the first day that I arrived here, he’s always given me the freedom to go out, perform and play where I wanted to.

‘I think that trust is very important and it’s a really good feeling when a player feels they’re part of what such a big club is trying to achieve.’ 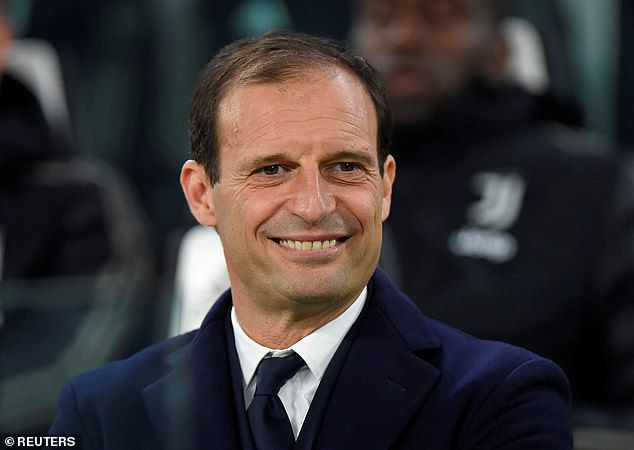 He said: ‘I compare him (Ronaldo) to Leo Messi, because everyone else does, and I think that they’re two exceptional players.

‘You learn a great deal from players and people like them, both on and off the field.’

On Ronaldo, he added: ‘(He) is a laid-back and normal guy, like the rest of us. 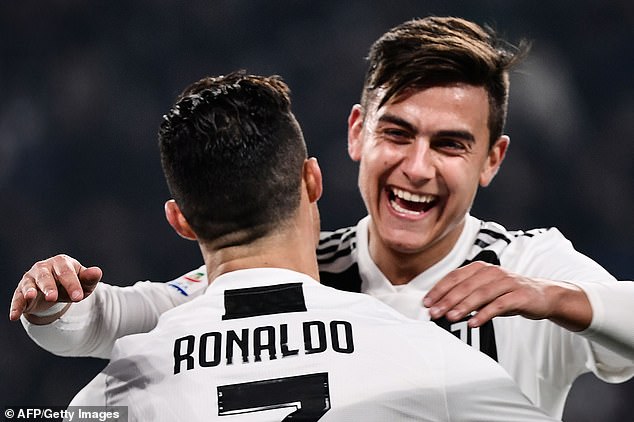 ‘That helps make you feel comfortable when you’re in the presence of such a player.’

Juventus have finished as runners-up in the Champions League a record seven times, and Dybala wants to see his team change that record.

The 25-year-old believes his side have shown their potential in the competition and their ability to challenge for the title.

‘We’ve got a great squad with some top professionals, who have gained a lot of experience over the course of these years.

‘We’re clearly contenders, but we have to go out there and prove it.’