Pawsome! Pit bull is determined to climb pool ladder so he can jump in for a quick dip

Pawsome! Pit bull is determined to climb pool ladder so he can jump in for a quick dip

A persistent pit bull terrier made quite a splash when he learned how to climb a swimming pool ladder so he could join his owner for a swim.

The hound, called Max, was visiting his owner’s mother’s house when he decided to scale a steep pool ladder so he could have a quick dip.

In footage filmed in Long Branch, New Jersey, Max is unsteady on his feet as he slowly begins his climb up the ladder, holding on with his front two paws. 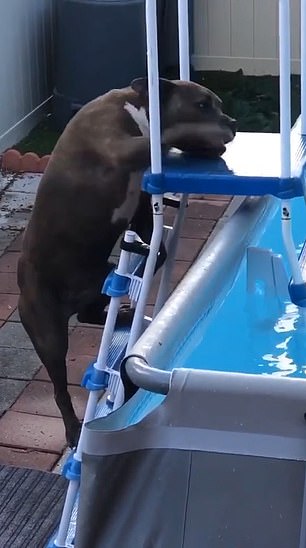 Max the pit bull terrier was determined to climb a steep pool ladder without any help so he could join his owner for a quick swim in Long Branch, New Jersey 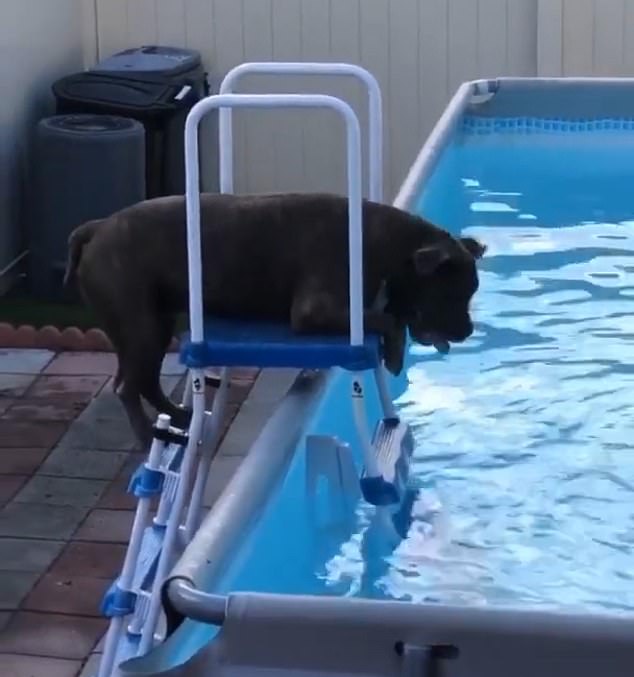 The pooched stopped to rest on the diving platform before pulling his back legs onto the ledge, ready to jump into the cool water for a dip

He moves his front paws up the rungs and shakily climbs up each step with his back legs.

The pooch refuses to give up even when he struggles to move his front paws up the final step and onto the diving platform.

Max stops to rest his head on the ledge before making the final tricky scramble up on to the platform.

His owner looks at him in amazement from the pool as Max sits on top of the step. 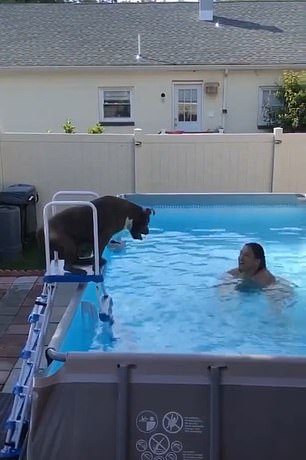 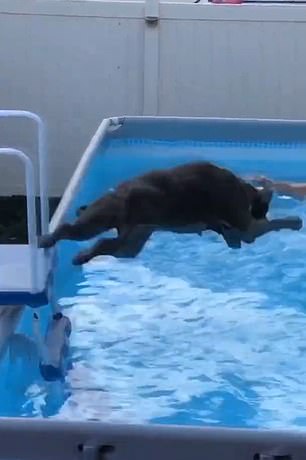 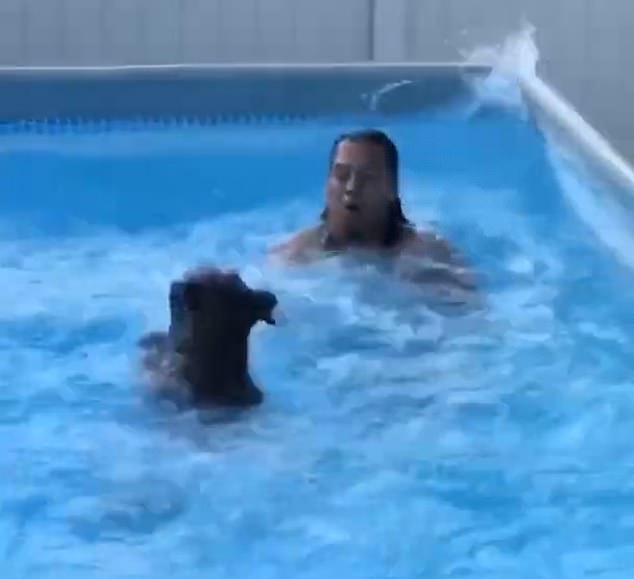 Max refused to give up throughout the entire unsteady climb and after a few words of encouragement from his owner, jumped into the pool and made quite a splash

It looks like the determined pit bull may not take the plunge after all but following a few words of encouragement from his owner, Max leaps into the water to cool off.

The hound stayed in the water to have a short swim with his owner before he amazingly climbed back out of the pool, Max’s owner said.

He added: ‘My dog Max was hot one day and he was determined to climb the ladder to go swimming.

‘This is at my mom’s house in Long Branch, New Jersey. and he did three laps around the pool and climbed out.’

The footage of Max’s impressive battle against the ladder was taken on June 8.