PC said Shana Grice, 19, who was murdered by her ex ‘was wasting police time’ by reporting him

A police officer ‘took just 84 seconds’ to tell a terrified student she was wasting police time, when she reported harassment by the boyfriend who would go on to murder her, a disciplinary panel has been told.

Former constable Trevor Godfrey was allowed to ‘retire’ from Sussex Police and kept his pension despite being due to face a misconduct hearing accused of finding Shana Grice to be ‘dishonest’ and failing to ‘treat her as a victim’.

Miss Grice, 19, reported her ex-partner Michael Lane to Sussex Police five times in six months, but was ignored and handed a £90 fine.

A few months later Lane attacked his former girlfriend and slit her throat with a knife before setting fire to her bedroom to try to burn her body in Portslade, near Brighton, East Sussex, in 2016.

Today in Lewes, East Sussex, PC Godfrey, who left the force on December 31 2017, appeared before a disciplinary hearing to answer charges of gross misconduct for failing to adequately investigate allegations of harassment and stalking.

They were told how after the second time Miss Grice called police on March 24 2016, Godfrey interviewed Lane and learned they had had a sexual relationship.

Miss Grice had called the police on this occasion as Lane had approached her in the street, pulled her hair and tried to grab her phone, the panel was told.

In an interview Lane told Godfrey he was in a sexual relationship with Miss Grice and it was nothing more than domestic argument.

But James Berry for Sussex Police said the teenager was a vulnerable victim but, because she failed to tell PC Godfrey she had been in a sexual relationship with Lane, the officer treated her as a dishonest complainant.

In a phone call conversation lasting 84 seconds he warned her about wasting police time and perverting the course of justice.

Mr Berry said: ‘There was no appreciation that a young woman in a sexual relationship with a man could be vulnerable.’

He added that PC Godfrey, who previously received an ‘outstanding investigator’ commendation in recognition of his good work after Sussex Police smashed a heroin trafficking gang, also failed to treat Miss Grice as a victim, did not conduct a risk assessment and did not give her safety advice.

But giving evidence the former officer said: ‘There’s always two sides to every story. I always listened to both sides.’

He said he was stunned by the ‘bombshell’ when he discovered from Lane the pair had been involved in a sexual relationship but denied it had affected the decision not to pursue the case.

Mr Godfrey said Miss Grice lied to police and claimed the final decision to issue her with a fixed penalty notice was made by an inspector.

He said: ‘To pursue this through the courts we would have needed a credible witness. We had a very minor assault between a couple who were having a relationship.

‘Her evidence was shown to be untruthful and she was proven to be telling lies. If we had evidence that a victim in any case had lied we would not have continued.’ 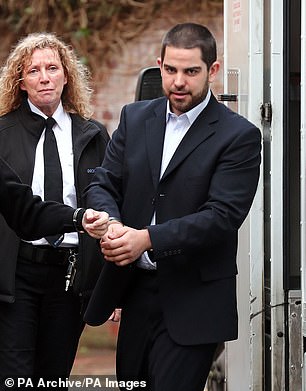 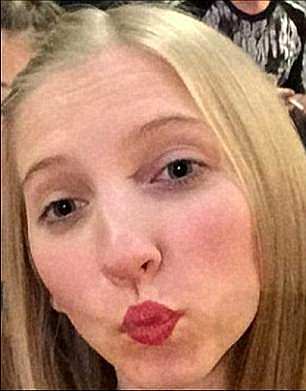 The panel heard he also failed to comply with Sussex Police policies regarding domestic abuse which resulted in Miss Grice not being treated as a victim.

On July 9 Lane was cautioned by police and warned to stay away from Miss Grice after stealing her back door key, letting himself in, creeping into her bedroom and watching her sleep.

However subsequent complaints went unpunished and on August 25 Miss Grice was found murdered at her bungalow home.

Her body was discovered lying face down on the bed. Her throat had been slit. Lane had attempted to torch her bedroom to hide the evidence but the blaze had gone out.

Despite the Independent of Police Conduct (IOPC) launching a wide-scale investigation into police failings only two police officers have faced accusations of gross misconduct.

In May PC Jon Barry Mills was found guilty of gross misconduct and would have been booted out of the force had he not already left. He also preserved his generous police pension.

Shana Grice’s family said earlier this year that changes made by Sussex Police are ‘too little, too late’. 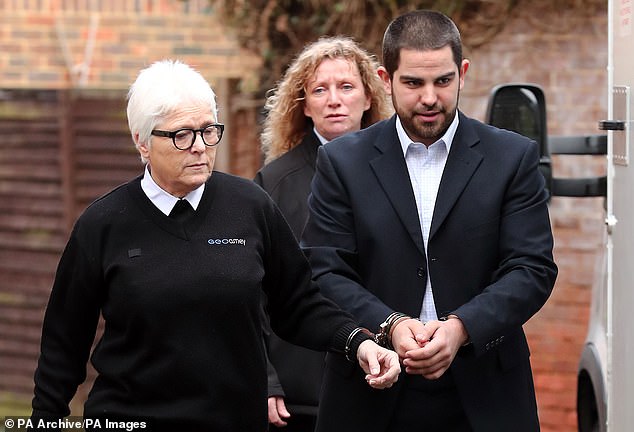 Lane (pictured) pursued Miss Grice by fitting a tracker to her car, stole a house key to sneak into her room while she slept and loitered outside her home. It later emerged 13 other women had reported him to police for stalking

Her parents spoke out in April after Sussex Police confirmed some of the officers involved in her case would be facing disciplinary action and on the day an independent report found the force’s approach to investigating stalking and harassment cases was not consistent or effective.

Sharon Grice and Richard Green said: ‘Our daughter took her concerns to the police and instead of being protected was treated like a criminal. She paid for the police’s lack of training, care and poor attitude with her life.

‘It’s only right that the police make changes, but it’s too little, too late for Shana. Sussex Police should not be applauded for this.

‘Instead we would encourage people to reflect on why they’re making these changes. A young girl went to them for protection and ended up murdered in her own home by the very person she’d asked the police to protect her from.’

It comes after judge Mr Justice Nicholas Green criticised Sussex Police for siding with the stalker when he jailed Lane for life with a minimum term of 25 years in March 2017.

A total of 14 officers were investigated by the police watchdog in the wake of Miss Grice’s murder.

In the statement issued through Hudgell Solicitors, the family added: ‘The proof will of course be in whether the changes are adhered to by officers and whether Sussex Police prevent other young innocent girls dying on their watch.’

The family’s lawyer Andy Petherbridge said: ‘It is only to be expected that Sussex Police have made changes to their procedures for treating victims of stalking.

Miss Grice was found dead at her home in Portslade, East Sussex, where Lane tried to set fire to her bedroom to burn her body

‘Lessons needed to be learnt. However, none of this should overshadow the fact that individual officers still have serious questions to answer about their conduct towards Shana in the run up to her untimely death.

‘Stalking is a life-changing crime for its victims and as evidenced by Shana’s case, can lead to the most tragic of consequences if not tackled.’

No further action will be taken over five other officers investigated by the Independent of Police Conduct (IOPC), while six other force employees – three officers and three staff – have already been handed ‘management advice and further training’. 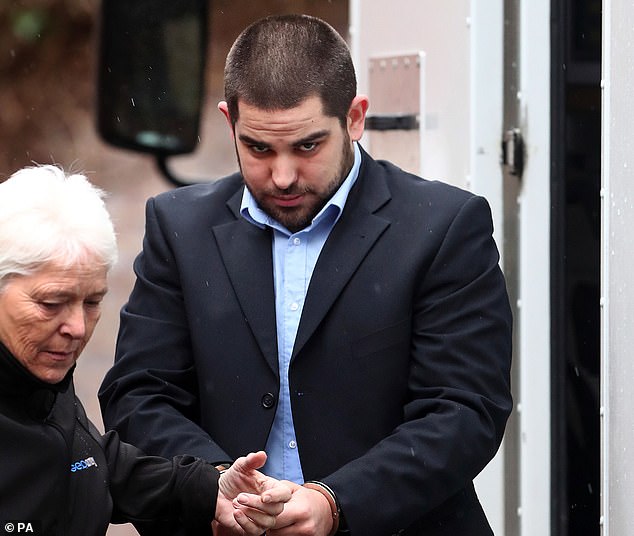 Assistant Chief Constable Nick May said: ‘We deeply regret the tragic death of Shana Grice in 2016 and are committed to constantly improving our understanding of stalking and our response to it.

‘When we looked at the circumstances leading to Shana’s murder, we felt we may not have done the very best we could and made a referral to the IOPC.

‘Since then we have undertaken all their recommendations, thoroughly reviewed all aspects of how we deal with cases of stalking and harassment and have significantly improved our service to victims.

‘We are recording the second highest number of reports anywhere in the UK after the Met, and are now advising and supporting more victims than ever. With better awareness and enhanced training our approach is more robust in keeping people safe and feeling safe.

‘We encourage victims to come forward with the knowledge that our officers and staff are better trained and that they will take all reports seriously.

‘We are absolutely aware of the consequences if our response is not the correct one, so we want to ensure that victims have confidence in how both police and the CPS will support them.’

Earlier this year the IOPC announced a police call handler from Sussex Police was given ‘management advice’ after failing to record a woman’s reports of escalating violence by her ex-husband who shot her dead eight days later.

Michelle Savage spoke to Sussex Police three times before she was murdered alongside her 53-year-old mother Heather Whitbread in an execution-style killing at almost point-blank range in St Leonards, East Sussex, on March 16 last year.

She had told officers former soldier Craig Savage was dangerous and she feared for her life.