Don’t be fooled! People who use homeopathy and alternative medicines are more likely to fall for Covid-19 conspiracy theories

Fake news stories relating to medical conditions circulating on social media are more likely to be believed by advocates of homeopathy and alternative therapies.

Others who are more likely to believe misinformation on Facebook and Twitter are people with a lower standard of education and those with a distrust of the healthcare system, a new study claims.

The research focused on reaction to posts talking about statins, cancer and the HPV vaccine but academics say the findings probably also apply to Covid-19.

‘Inaccurate information is a barrier to good health care because it can discourage people from taking preventive measures to head off illness and make them hesitant to seek care when they get sick,’ said lead author Dr Laura Scherer from the University of Colorado School of Medicine.

‘Identifying who is most susceptible to misinformation might lend considerable insight into how such information spreads and provide us with new avenues for intervention.’ 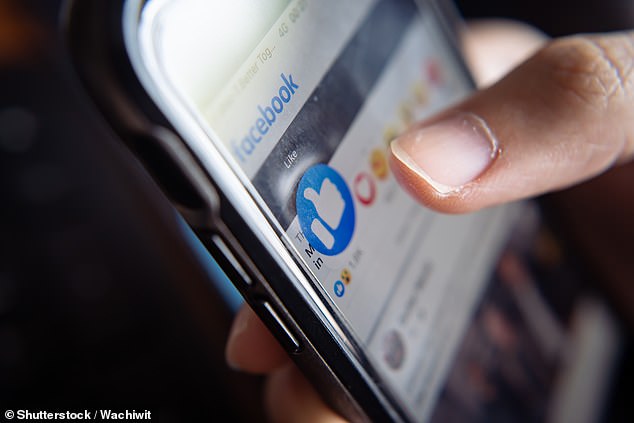 Researchers showed 24 Facebook and Twitter posts to more than 1,000 Americans aged between 40 and 80 years old. half were true and half were fake. Examples of the fake stories included: red yeast rice is more effective at lowering cholesterol than statins; that marijuana, ginger and dandelion roots can cure cancer; and that HPV vaccines are dangerous (stock)

Facebook announced in December it was starting to remove harmful anti-vaxx propaganda from the social media platform.

False claims about the jab doing the rounds on the site, it said, would be removed.

Facebook also expanded its ban on anti-vaxx adverts to include Covid-19.

Prominent conspiracy theories propagating on all forms of social media by poorly-informed individuals include the wholly false claim the coronavirus vaccine contains microchips which governments will use to spy on citizens.

There was an equal number of correct and falsified posts for each three medical topics.

Examples of the fake stories included: red yeast rice is more effective at lowering cholesterol than statins; marijuana, ginger and dandelion roots can cure cancer; and that HPV vaccines are dangerous.

Participants gave each example they were presented with a rating of how true they perceived it to be.

Every participant was also quizzed to determine more about them on a personal level.

‘People who were susceptible to misinformation tended to be susceptible to all three types we showed them, about a vaccine, statin medications and cancer treatment,’ Dr Scherer said.

‘One possible implication is that these individuals are susceptible to many different types of health misinformation, making these findings potentially relevant to other health care issues beyond the ones we studied here.

‘This information could have implications for other public information efforts, such as those currently underway to address Covid-19.’

The findings are published today in the journal Health Psychology.