PETER HITCHENS: Britain’s so soppy we can’t even fight off a toy helicopter

One of the things I most enjoyed about living in Russia was the absence of prissy health and safety. The doors on the Moscow metro slammed shut with a vicious crash, after a single warning, and if you were caught in them, too bad. No pathetic reopening of the doors. So nobody ever was caught in them, and trains ran fast and frequently.

On ferociously freezing days when any Western airline would have given up, Russian internal flights took off without hesitation, and arrived on time.

This is nothing to do with communism or tyranny. Israel is much the same. Russia (how can I put this?) is still a rather masculine society, in which the influence of lawyers and social workers is minimal. And I rather think that if anyone was fool enough to fly a drone over one of Moscow’s major airports today, two things would happen within about half an hour. The drone would be shot out of the sky, and the person involved would be in the slammer, contemplating a lengthy spell in Siberia. If the airport ever had closed (which I doubt), it would soon be opened again.

When I lived there, in the 1990s, this aspect of it reminded me of the equally masculine post-war society in which I grew up.

‘Just get on with it,’ was a good rule, in my view, and it served us so much better than our current attitude. No doubt, the health and safety frenzy created by Margaret Thatcher and John Major (who licensed ambulance chasers here) saves some lives. But it also makes us so gutless that our very survival as a country is in question.

There’s another worrying thing about the wet response to the Gatwick drone. Here we are, with our own burgeoning KGB-type organisations. There’s the ludicrous MI5, lavished with public money and constantly claiming to be saving us from the supposed menace of terror.

Then there’s the so-called ‘British FBI’, the National Crime Agency. And MI6, which also claims to know everything. We also have the gigantic secret doughnut of GCHQ, supposedly plucking the plots of the wicked from the airwaves with fantastically sophisticated devices. Not to mention the police who, having forgotten how to walk, maintain their own air force instead.

And then there is the huge industry of ‘airport security’, which forces innocent people to shuffle through humiliating searches, in which they must remove their clothes and have their private parts photographed by scanners, before they can get near a plane.

But all these organisations and ‘security’ personnel can’t find a way to deal with what is, in effect, a large remote-controlled toy helicopter buzzing about near the runway. It is nothing to do with the resources available to them. It is just that they have all gone soft, like supermarket apples.

It is rather lucky that we don’t actually have any serious enemies at the moment, isn’t it?

Bloated unis are a lesson in stupidity

It is now almost 30 years since this country made one of its gravest mistakes – the expansion of universities.

The vast cost of this folly has now found its way on to the Government books, after long years when the Treasury tried to pretend that student debt – much of which will never be paid off – wasn’t a national liability.

And within days of this outbreak of truth, unchallengeable research confirmed what every properly educated person has known for many years, that the ‘degrees’ awarded by the new expanded universities are inflated paper. Even deluded foreign admirers of Britain will have spotted this.

What the Major and Blair governments did when they expanded universities was to raise the school leaving age to 22, so hiding much of the terrible youth unemployment in this country. And then they compelled the young victims of this fraud to take out huge debts to pay for their often-wasted years at often-miserable colleges.

Who will have the courage to admit that this was a terrible mistake, and close it down? How many more poor school-leavers will end their college years clutching certificates they can barely read, qualified only for flipping burgers, while the foolish comprehensive schools, which failed to teach them what they really need to know, continue to decay and decline?

A sinister choice for our festive favourite

How strange that It’s A Wonderful Life, a very American story, has become Britain’s favourite Christmas film. Actually, the nightmare scene during which George Bailey learns what the world would have been like had he never been born, is some of the most sinister and disturbing footage ever shot. And you might be interested to note that the apparently mild-mannered Cabinet Minister Michael Gove says he prefers the rackety, amoral Pottersville of the nightmare to sweet, benevolent Bedford Falls. 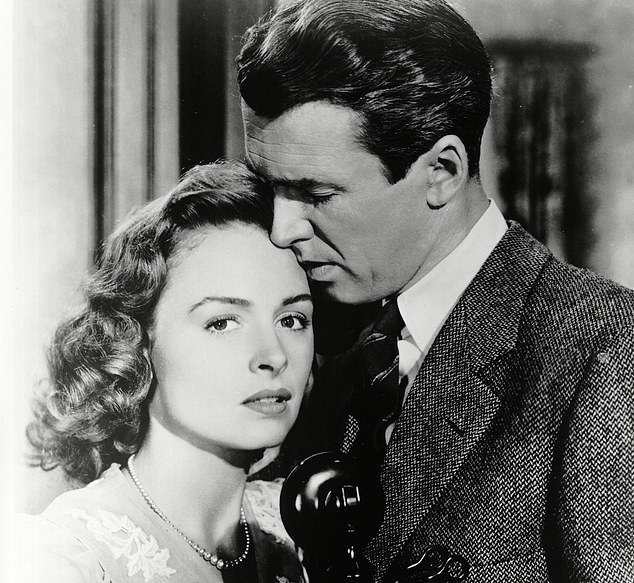 I have made many enemies by refusing to join in the anti-Russian frenzy. I was particularly scorned for pointing out that Britain’s pious attacks on the Russian bombing of Aleppo were ridiculous, given what Western forces were doing in cities ruled by Islamic State.

Now Anthony Loyd of The Times has visited Raqqa which, like Mosul, was shelled and bombed heavily by US and British forces, though the British Government has absurdly denied causing any civilian casualties there. And he has found that Syrian workers recovering the dead say the vast majority of the remains being dug from the ruins are ‘those of civilians killed by coalition air strikes and artillery fire’.

By intervening first in Iraq and then in Libya and Syria, they transformed this whole region into a cauldron of war.

And they turned hundreds of thousands of innocent civilians into corpses, and millions into refugees and economic migrants.

This Christmas Eve it is 50 years since the Apollo 8 Moon Mission, which transformed our view of our planet by providing the two most astonishing photos of our home: one of the whole planet, the only tiny trace of warmth and colour in a frozen, monochrome universe; the other of Earth rising over the surface of the Moon. The astronauts – practical, military men versed in science, maths and engineering but overcome by the mysterious glory of the universe seen from space – took it in turns to read the soaring poetry of the opening words of the King James Bible. How the atheists fumed. Let them. They can never defeat Christmas.

I recently had to beat off attacks from the feminist sisterhood after using the adjective ‘squawking’. They ruled that it could only apply to women (it doesn’t) and was therefore automatically an expression of anti-woman feeling (it wasn’t).

So I am puzzled by the strange Tory rage about Jeremy Corbyn allegedly muttering ‘stupid woman’ under his breath (something Lord Hague was also once accused of doing).

Why exactly would a Tory think this rather mild expression was such a frightful thing to say? Politically correct people can, and do, classify everything and anything as misogyny. But do Tories do this? It seems so. Was this the moment the Tory Party became officially PC?