Astonishing photographs have emerged showing a teenager dodging gunfire to escape across the Berlin Wall.

Frank Krause decided to brave the lethal death strip, that East Germany used to keep its own citizens from leaving, came after the 15-year-old’s official request to emigrate was turned down.

Despite his bravery, his story has a tragic twist – because of his age, he was sent back to the totalitarian state by the West Berlin authorities just a few days after his escape.

Frank was motivated by a troubled school life and wanted to join his aunt in West Berlin, then a capitalist enclave, entirely surrounded by East Germany.

His incredible feat was captured by off-duty U.S soldier Harry Knights, a signals expert, but his pictures were immediately confiscated by the military authorities.

Knights was simply intending to take some pictures of life behind the Iron Curtain during time off for the Thanksgiving holiday.

But soon after taking up a position on a platform at Bernauer Strasse, a boy acting suspiciously and walking alongside wall with a home-made ladder caught his eye. 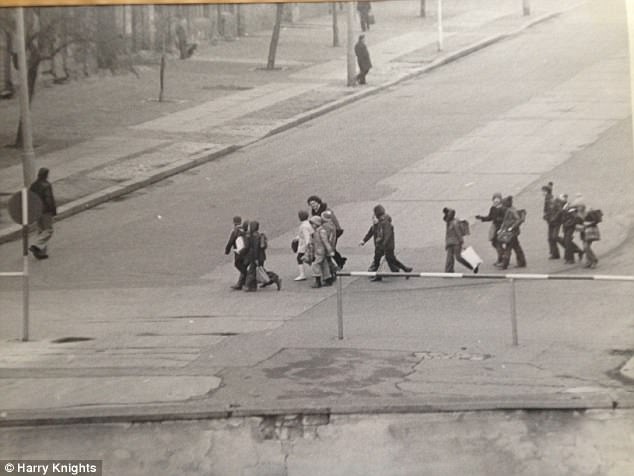 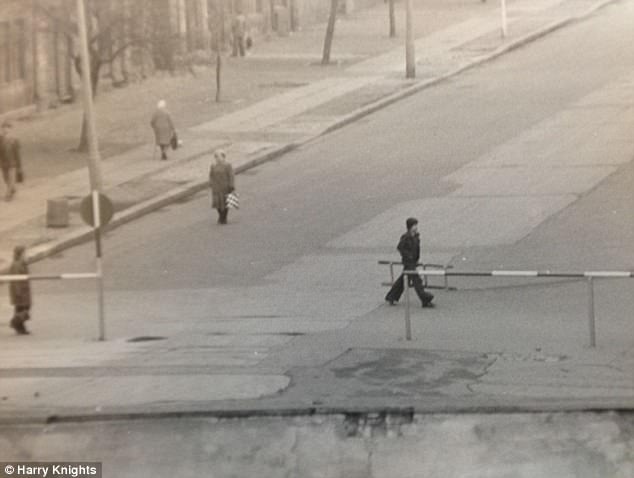 The U.S army soldier then spotted a boy carrying a ladder and acting suspiciously 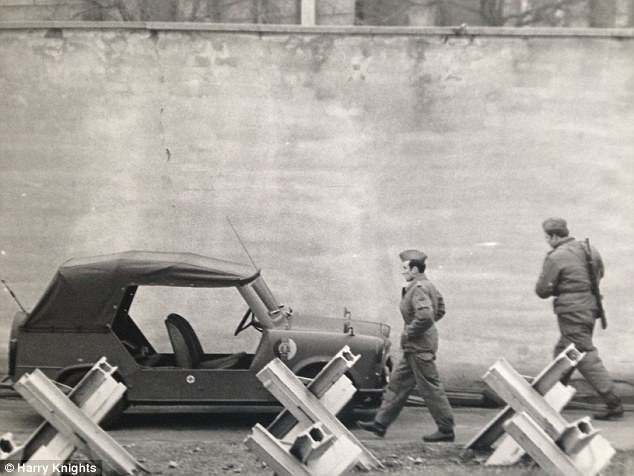 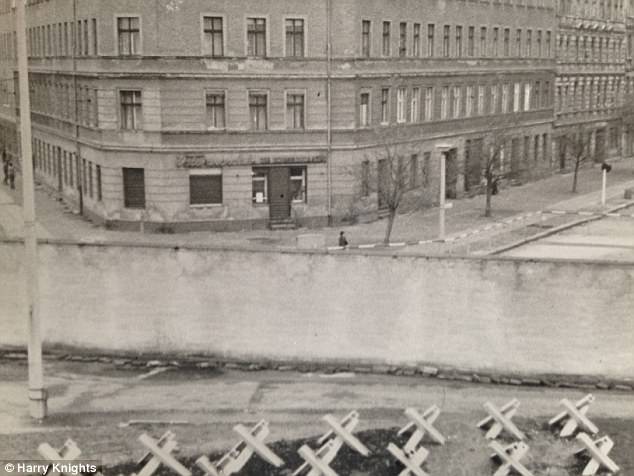 The boy, later identified as Frank Krause, was seen moving back and forth as if he was planning an escape 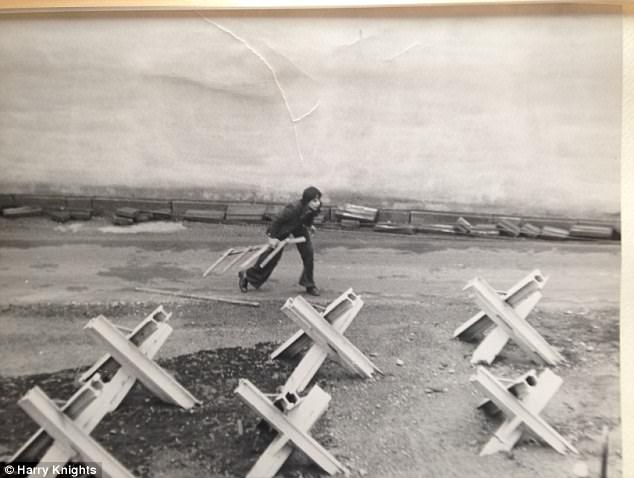 Frank making his way across the death strip, past tank traps during his incredible escape

The position is not far from where people used to jump to freedom from apartment buildings, soon after the wall was built in 1961 until the windows were walled up by the authorities in the East.

In the astonishing pictures Frank can be seen walking among the death strip’s metal tank traps with his head down after making it over the first wall on the east side of the border using his ladder, which was by now half broken.

At that point he was spotted by the East German border guards, who had had shoot-to-kill orders.

Eventually, he can be seen climbing down from the 12 feet wall after successfully making it across from East Berlin with only a grazed leg despite the 35 or so bullets fired at him. 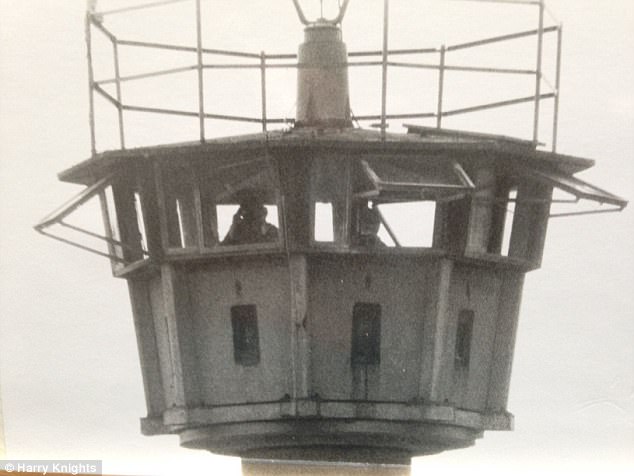 The photographs were recently re-discovered by BBC journalist turned best-selling crime author David Young who tracked down Harry Knights, who is now a retired pastor in the US.

‘We had an unobstructed view into East Berlin – the streets, buildings, vehicles, and people going about their day walking from place to place,’ Knights told the Mirror Online.

‘A teenaged boy was walking down the street carrying what appeared to be a home-made ladder. He would go a few steps and then would hide the ladder in a door front.

‘He kept repeating this over and over, leading us to believe that he was intending to scale the Wall to try to escape. 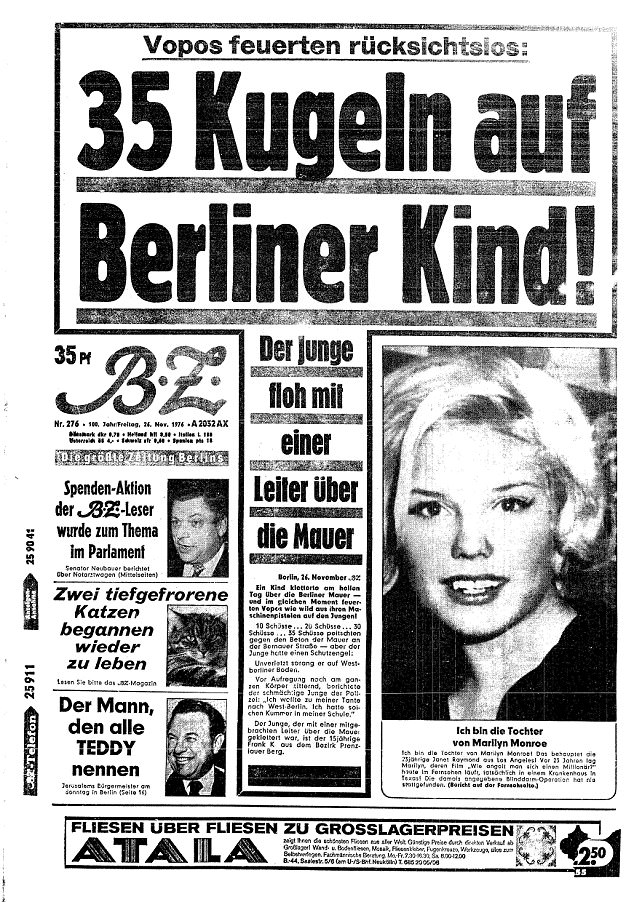 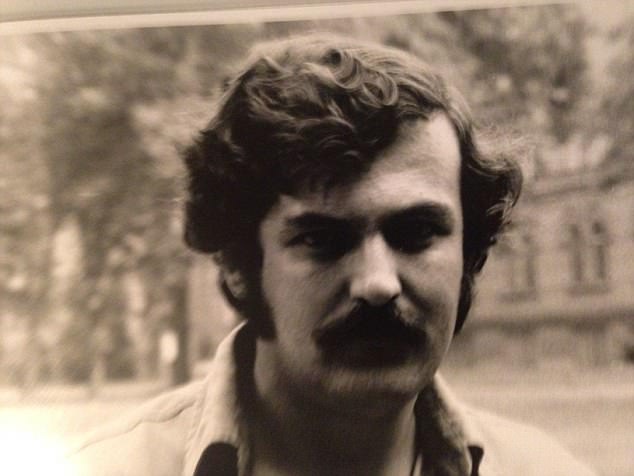 Harry Knights was serving as signals expert in the U.S Army in Berlin in 1976 when he witnessed the escape

‘When he went out of our sight again behind the western side of the wall, we ran down the tower to be on the ground when he jumped down.

‘Almost as soon as we reached the ground, we saw his head come up over the top.

‘We had just come to Berlin and knew almost no German and the boy knew no English, so there wasn’t any intelligible conversation between us.

‘We were, however, excitedly shaking his hand, and welcoming him to West Berlin.’

Though the story was reported by the West Berlin newspapers, no pictures were thought to exist, so none were accompanied the story.

A week later it was reported Frank was being sent back to the East after a West Berlin youth court had ruled ‘problems in school’ weren’t serious enough to allow a minor to stay.

His fate and his whereabouts both remain a mystery.

A Darker State by David Young is published by Bonnier on 8 February 2018.