PICTURED: British father-of-two who died from rabies in the UK

Omar Zouhri (pictured) a 58-year-old kebab shop worker, was bitten by a cat while visiting family in Mehdya two weeks ago

A British tourist has died after catching rabies from a cat on holiday in Morocco and not getting a life-saving vaccine in time.

Omar Zouhri, a 58-year-old kebab shop worker, was bitten by a cat while visiting family in Mehdya two weeks ago, reports the Sun.

The same rabid cat is believed to have also bitten a young girl in the area, but she was treated locally and managed to make a full recovery.

Mr Zouhri, from Aylesbury Bucks, is believed to have dual British-Moroccan citizenship and was staying 30 miles away from the Moroccan capital Rabat when he was infected with the disease.

He did receive treatment in Morocco and the UK, but allegedly was not given vital anti-viral drugs in time.

The father-of-two is believed to have died on November 4, leaving behind his widow Chadia, 51, who said: ‘You have no idea how tragic this is. It will all come out at the inquest.’ 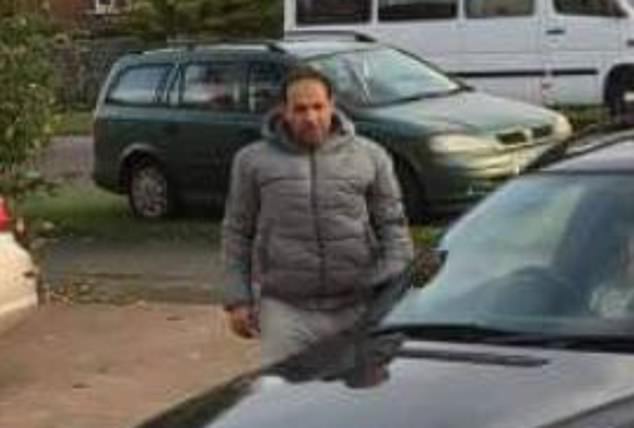 Mr Zouhri (left), from Aylesbury Bucks, is thought to be a dual British-Moroccan national and was staying 30 miles away from the capital Rabat, when he was infected with the disease 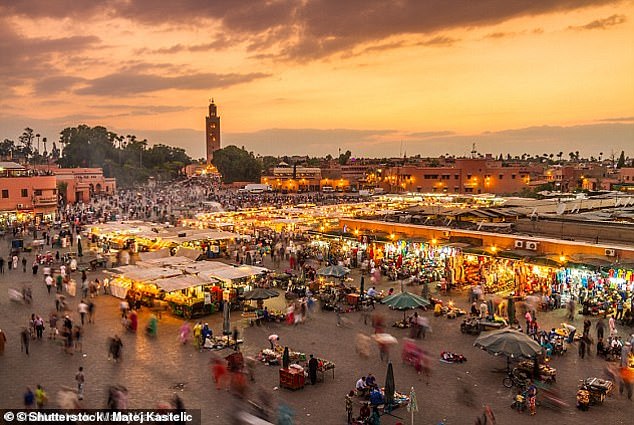 He did receive treatment in Morocco (capital Marrakesh’s main square pictured) and the UK, but allegedly was not given vital anti-viral drugs in time

His family and friends, as well as medics involved in the case, are being monitored and offered vaccinations.

Professor Jimmy Whitworth, professor of international public health at the London School of Hygiene and Tropical Medicine, said: ‘My understanding is that this is somebody who had contact with a cat that was behaving abnormally and sought care, I believe in Morocco and in the UK, but unfortunately didn’t receive vaccination until it was too late.

‘I believe that the cat bit this person a few weeks ago.’

He added: ‘The typical time interval (for symptoms to appear) is two to three months, so you do have enough time (to seek care).

‘But it can be as short as a week and that’s why seeking prompt care and getting vaccination is so important. In this tragic case the person didn’t get the vaccine in time. 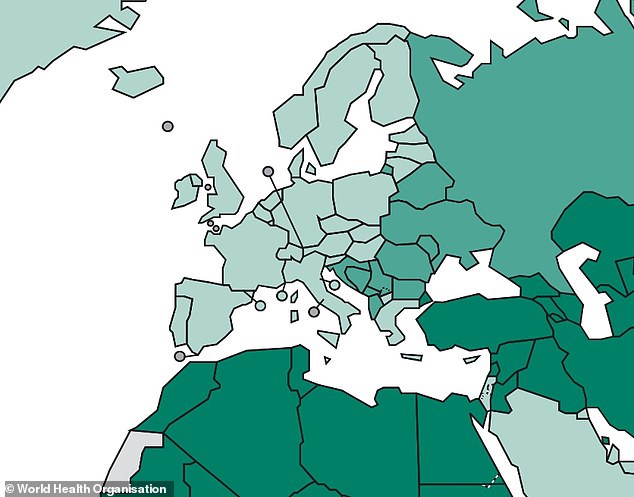 A map shows the risk of rabies in different countries, with darker green areas higher risk and light green lower risk. Morocco, in the north east of Africa, south of Spain, is high risk

‘So one of the messages is that health workers must be clued in to the possibility of rabies. There are high stakes, you must not get it wrong.’

The UK has been rabies-free since 1922, when the last indigenous non-fatal case was recorded, with the exception of rabies-like viruses in some wild bat species.

The last bite death caused by rabies in a UK animal was in 1902, but was brought back to Britain in animals returning with soldiers from the First World War.

Dog licensing, euthanasia of stray dog and quarantining were credited with killing off the virus.

Western Europe is now considered low risk by the World Health Organisation, while countries in Eastern Europe are listed as ‘moderate risk’ and African and Middle Eastern countries are ‘high risk’.

Popular tourist destinations like Egypt, Tunisia and Turkey all carry a high risk of dogs transmitting rabies to people, but it is more rare that cat bites are the cause. 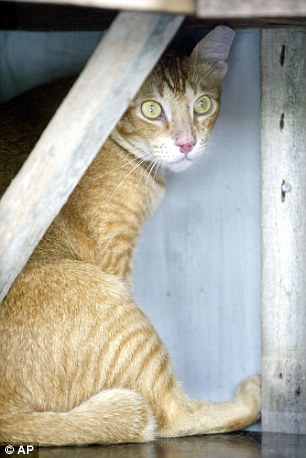 Rabies is more commonly associated with dog bites but can also be caught from cats. File image used

The last recorded rabies case in the UK was in 2012, when a grandmother in her 50s was bitten by a dog in South Asia.

She was treated in isolation at London’s Hospital for Tropical Diseases but died around two months after the bite.

In 2002 David Macrae, a conservation worker from Angus, died after contracting a rabies-like virus from a bat.

Anyone bitten should needs at least four doses of a vaccine over a month if not already  vaccinated, or at least two doses a few days apart if they have.

The disease is nearly always fatal if treatment is not given soon after the bite or scratch.

PHE insisted there is ‘no risk’ to the wider public, but issued warnings to other people travelling to at-risk areas.

Dr Mary Ramsay, Head of Immunisations at PHE, said: ‘This is an important reminder of the precautions people should take when travelling to countries where rabies is present.

‘If you are bitten, scratched or licked by an animal you must wash the wound or site of exposure with plenty of soap and water and seek medical advice without delay.

‘There is no risk to the wider public in relation to this case but, as a precautionary measure, health workers and close contacts are being assessed and offered vaccination when necessary.’

What is rabies and what are its symptoms?

Rabies is a serious viral infection that affects the brain and central nervous system.

The virus is transmitted to humans through animal bites, and can’t spread through physical contact or airborne means in the way that other infections can.

This means it does not spread from human to human. Despite around 59,000 cases of rabies globally each year, there has yet to be a single confirmed case of human-to-human transmission.

Initial symptoms can include anxiety, headaches and fever. As the disease progresses, there may be hallucinations and respiratory failure.

Spasms of the muscles used for swallowing make it difficult for the patient to drink. The incubation period between being infected and showing symptoms is between 3 and 12 weeks, depending on the site of the initial infection.

Once symptoms have developed, rabies is almost always fatal. 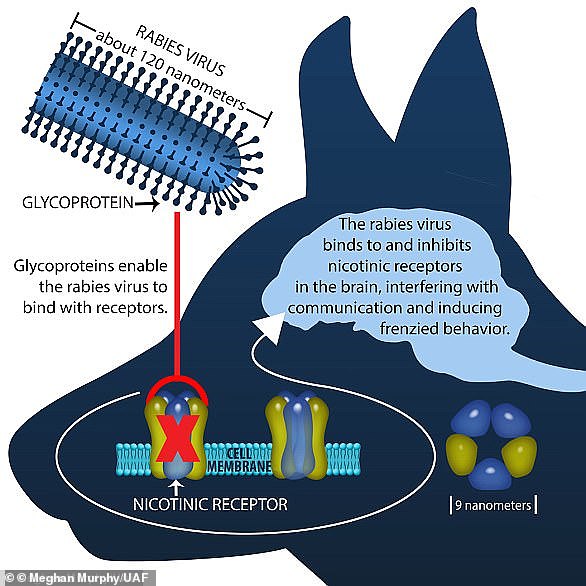 Rabies can change the behaviour of animals, making them more likely to bite people