Hundreds of furious Pizza Hut customers claims they were left without pizzas and with huge bills after a new website and app failed.

Pizza Hut launched their new website and app, for it only to crash Sunday night leaving customers fuming.

Many people took to social media complaining they had been charged several times for one pizza order. 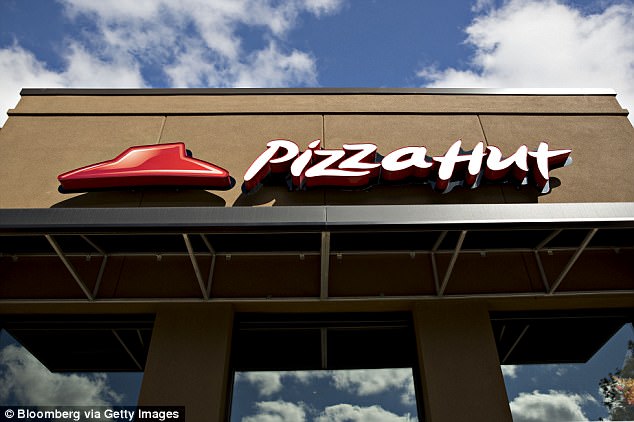 Hundreds of people took to social media to complain, one claiming she was charged $140

‘I got charged five times for one order,’ one person posted to Pizza Hut’s Facebook page.

‘I was trying to order from the app and every time I tried it wouldn’t go through and would say an error occurred please try again.

‘So instead of spending $40 on pizza I’ve spent over $200! I didn’t even receive anything else other than the phoned in order.’

Hundreds of other angry customers took to social media, saying they were charged hundreds for one order.

‘I was charged $140 for pizza that I did not receive,’ one person wrote.

‘Just been charged three times for pizza that I’m not even getting because the order for delivery won’t go through but yet you’ve managed to deduct three lots of payments from my bank account, almost $150 gone and nothing to show for it,’ someone else posted. 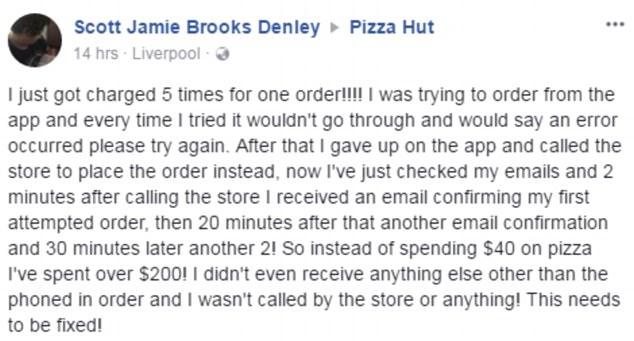 A Pizza Hut spokesperson told News Corp their online platform experienced a technical issue, which caused a bottle neck in the ordering system.

The issue was with the credit card processing system which didn’t recognise or register orders.

The spokesperson said the issue had been resolved and customers would be refunded including the cost of their received orders.